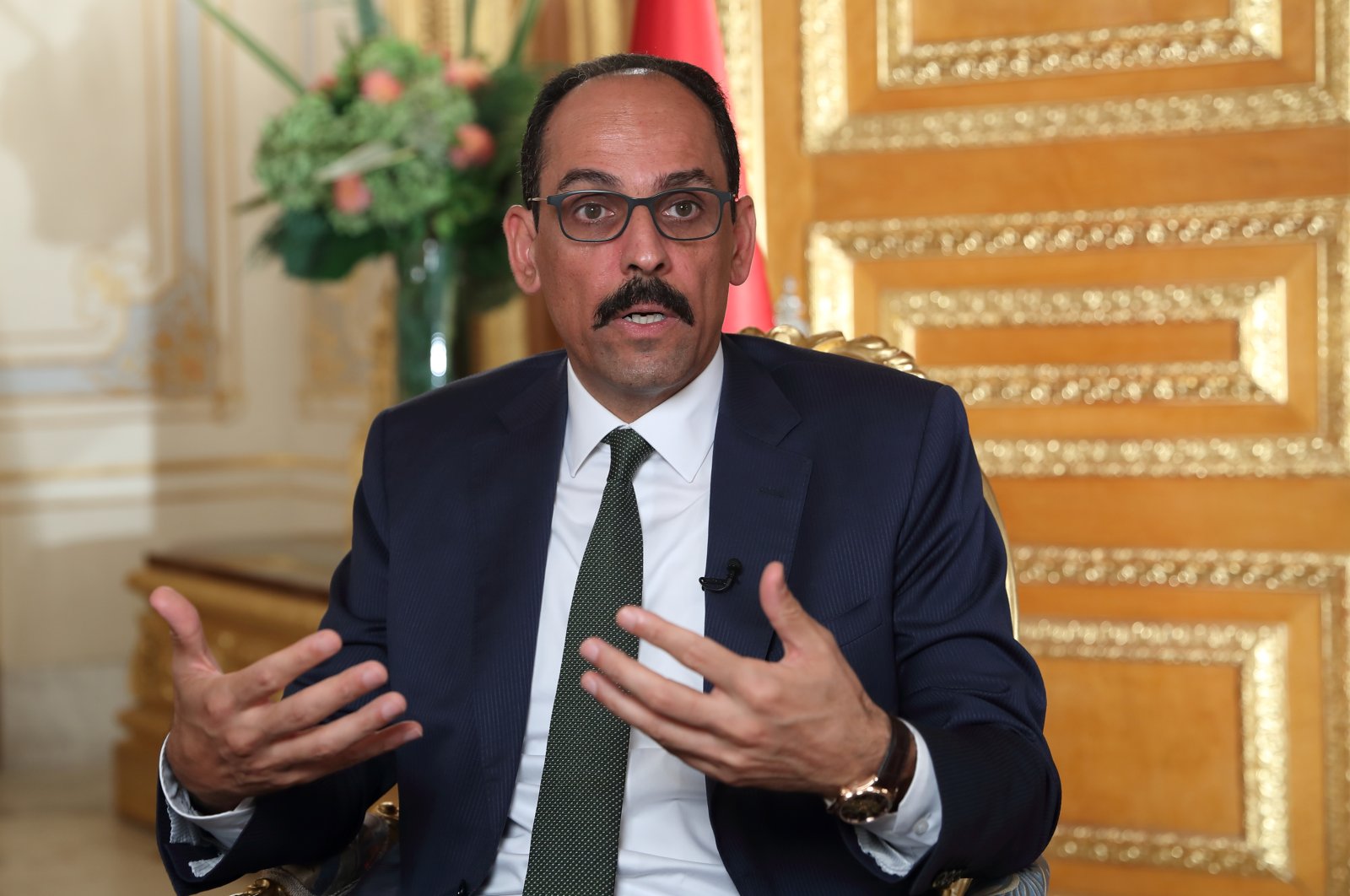 Presidential Spokesperson Ibrahim Kalın during an interview with Reuters in Istanbul, Sept. 27, 2020. (Reuters Photo)
by Daily Sabah with Reuters Sep 28, 2020 10:48 am
Edited By Sinan Öztürk
RECOMMENDED

Turkey sees this week's EU summit on recent tensions in the Eastern Mediterranean as an opportunity to reset relations between them, but the bloc must produce specific proposals and a timetable to work on a road map together, Turkey’s presidential spokesperson said on Monday.

Tensions flared between Turkey and EU members Greece and the Greek Cypriot administration after Ankara sent a seismic vessel to explore for hydrocarbons in disputed waters in the Eastern Mediterranean last month. The Oct. 1-2 summit aims to calm the bitter territorial dispute.

"I believe the EU summit has a chance to have a reset in Turkey-EU relations. It is an important opportunity. We can have a reset there. And I see this willingness on the part of many EU member countries," Ibrahim Kalın told Reuters.

"They also have to understand that they cannot expect Turkey to do everything," Kalin said in an interview. "It must be a mutual process. If Turkey is expected to do X, Y, Z, EU countries must fulfill their responsibilities as well."

Warships from the two neighbors collided during the standoff and Turkey has since recalled the Oruç Reis vessel to allow for diplomacy. Ankara and Athens have agreed to resume talks over their contested maritime claims.

Senior EU diplomats and officials have said the bloc is unlikely to follow through on a threat to impose sanctions on Turkey after Ankara's agreement last week to resume exploratory talks with Greece, which were halted in 2016.

Work was continuing on deciding a date for the resumption of talks, Kalın said, adding that the talks would continue where they left off and focus not just on issues of continental shelves and maritime limits but on islands and airspace.

He said the discussions would have a positive impact and would also focus on political consultation and military-to-military talks. "In all of these three tracks, we believe we will make some good progress very soon," he said.

Turkey got involved in a war of words with France during the Eastern Mediterranean dispute and President Recep Tayyip Erdoğan last week held his first talks with French President Emmanuel Macron in months in a bid to ease the tensions.

Kalın said there was a positive atmosphere in those talks with the two leaders agreeing to try and find ways to minimize their differences.