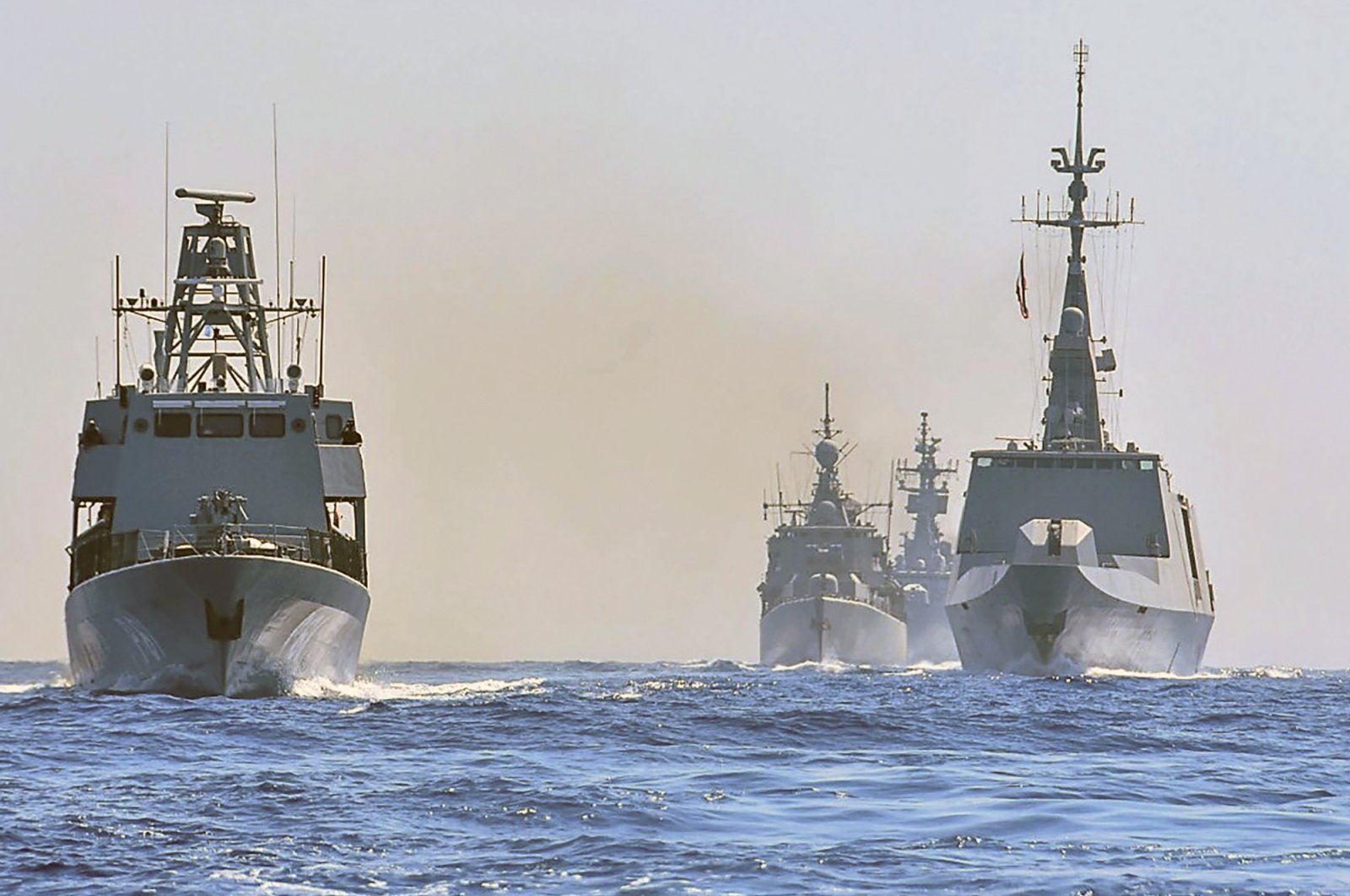 Warships from Greece, Italy, Greek Cypriot administration and France participate in a joint military exercise which was held from Aug. 26-28, south of Turkey in the Eastern Mediterranean, Aug. 31, 2020. (AP Photo)
by Anadolu Agency Sep 04, 2020 11:35 am
RECOMMENDED

Europe's "two-faced" attitude toward a dispute between Turkey and Greece over the Eastern Mediterranean is "nonsense," Turkey's ambassador to France said Thursday.

Speaking on a panel on European Union-Turkey relations held by video link, Ismail Hakkı Musa discussed the tensions between Turkey, France and the EU in regard to Libya, Syria and the Eastern Mediterranean.

Turkey and Greece should handle these types of issues on their own as some other countries also have such problems, he said, noting that the EU Europeanizes disputes between the neighbors by carrying them to the Western agenda as if they were being experienced between the two sides for the first time.

All the activities carried out against Turkey in the Eastern Mediterranean are contrary to international law, Musa stressed.

He went on to say that the EU imposes Athens' demands on Ankara under so-called unity and solidarity, and there is nothing acceptable about this.

The EU has no authority to intervene in the issues between Turkey and Greece, he added.

Greece has disputed Turkey's current energy exploration activities in the Eastern Mediterranean, trying to box in Ankara's maritime territory based on small islands near the Turkish coast.

Turkey, the country with the longest coastline in the Eastern Mediterranean, has sent out drillships to explore for energy on its continental shelf, believing that it and the Turkish Republic of Northern Cyprus (TRNC) have rights in the region.

Dialogue for fairly sharing these resources will be a win-win for all sides, say Turkish officials.