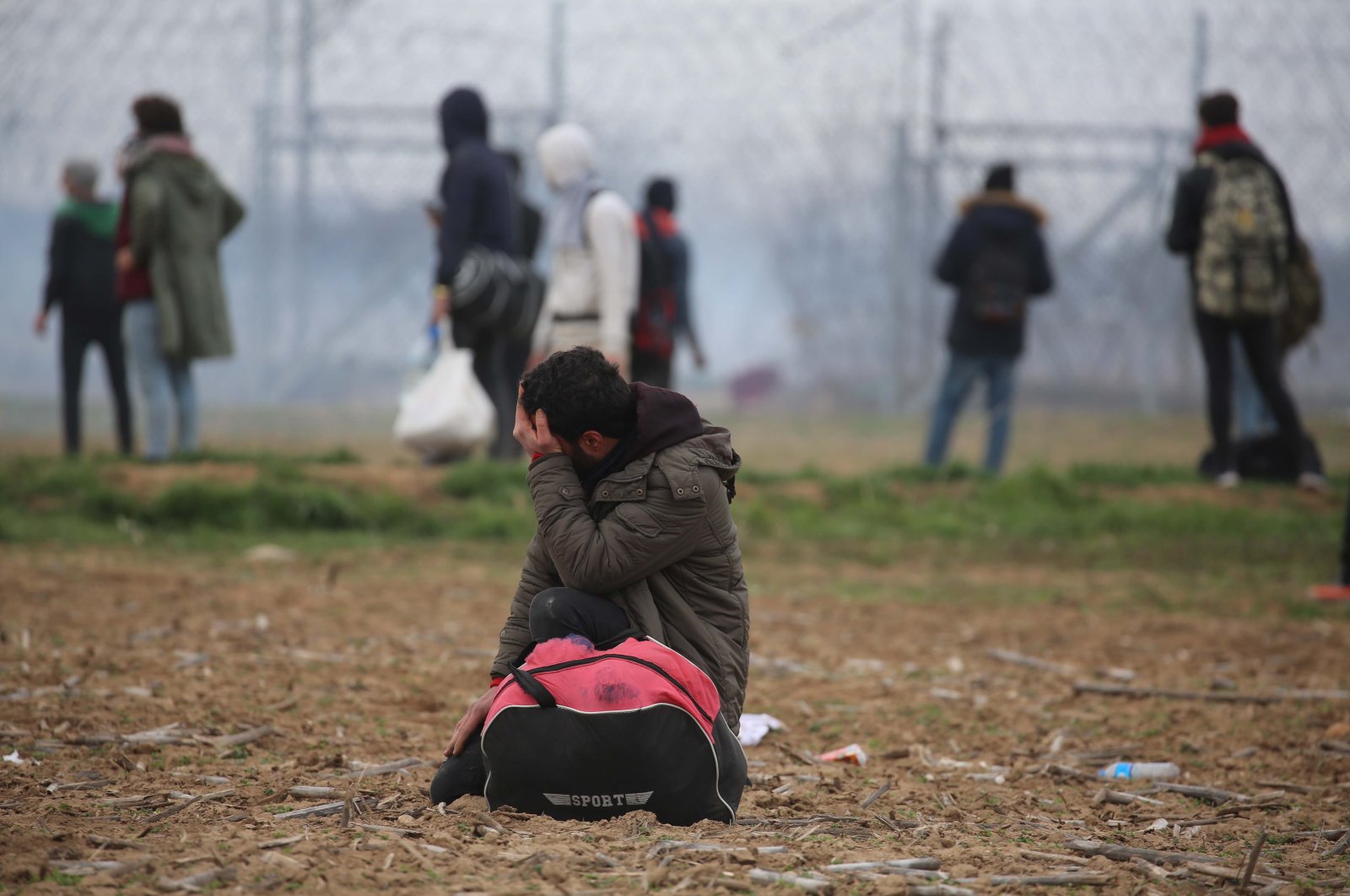 Today, the Syrian civil war has created the largest refugee population in the world. Since 2011, the conditions of the war have intensified gradually and the number of displaced Syrians outside of the country has reached almost 7 million. More than half of the Syrian refugees that had to migrate to different countries around the world – 4 million people – have sought refuge in Turkey for nearly 10 years.

Now, for the past year, the world has been facing a new refugee wave due to the increasing attacks of the Assad regime and its backers, Russia and Iran. All eyes are on Idlib, which is home to around 4 million civilians and the last place where innocent Syrian civilians can live safely, as the only de-escalation zone in Syria. Two million Syrians have already emptied the region and have rushed toward the Turkish border.

The current situation in the field is displaying that the world is continuing to “see no evil, hear no evil, speak no evil” in the face of what is unfolding in Idlib. Apart from the reality that no political or humanitarian solution could be found to the crisis, we once again face the fact that Turkey was the first foreign country to be hit by the conflict.

Therefore, Turkey has taken a decision vis-à-vis the EU’s silent, monotone, inactive and keyless policies. After 4 million Syrians who got stuck in this region due to increasing attacks of the Assad regime began to rush toward Turkey’s border, Ankara opened its borders to refugees. Turkey only allows those Syrians who want to go to cross the border. It is out of question that Syrians are sent from Turkey by force.

According to the U.N., Turkey is the country hosting the highest number of refugees in the world. Regardless of their ethnicity, language, religion and education, Turkey accepted nearly 4 million Syrian refugees in the last eight years.

Making this decision was not easy for Turkey. In fact, its European partners and interlocutors did not give Ankara another choice because none of the commitments made in the March 18, 2016, negotiations with the EU on Syrian refugees have been fulfilled by Brussels. While the EU did not allocate the 3+3 billion euros of financial aid to Turkey, it has also ignored for years Ankara’s calls for a safe zone. Beyond all these, the EU, which has also not accepted the voluntary humanitarian admission scheme, has not taken any step toward the visa exemption or the start of membership negotiations for the customs union.

Turkey intended to initially establish a peace corridor with a depth of 30 km and a length of 480 km and enable the settlement of up to 2 million Syrians. Turkey also endorsed that the safe zone formula is the most practical solution for Syrian refugees to return home. However, European diplomats did not put forth a feasible plan for 10 years.

On the other side, humanity is giving one of its worst performances up to this point with multiple refugees dying or being injured by Greek police fire after Turkey opened its borders to refugees coming from Syria and flooding toward the border.

European countries, which have at most accepted 1 million refugees since the Syrian civil war erupted, are even seeking ways to change their laws of asylum in order not to accept any other refugees. Germany, the EU country that has accepted almost 600,000 Syrians, is facing new acts of far-right terrorism every day.

Today, fire is opened against refugees, their boats are sunk and people are killed on the EU’s southern border, the Turkey-Greek border gate, in order to maintain Europe's comfort and not take any more refugees into European capitals such as Berlin, Brussels, Paris, Amsterdam and Vienna. Europe is ignoring universal values. According to Article 14 of the Universal Declaration of Human Rights and the U.N.’s Geneva Convention dated 1951, everyone has the right to seek asylum in other countries under the condition of brutality. However, it is clear from the Greek security forces’ brutal actions toward Syrian refugees that European politicians and decision-makers do not have any humanitarian solution, except for watching people die.