Future of Turkey-EU relations to be discussed in upcoming summit, Merkel says 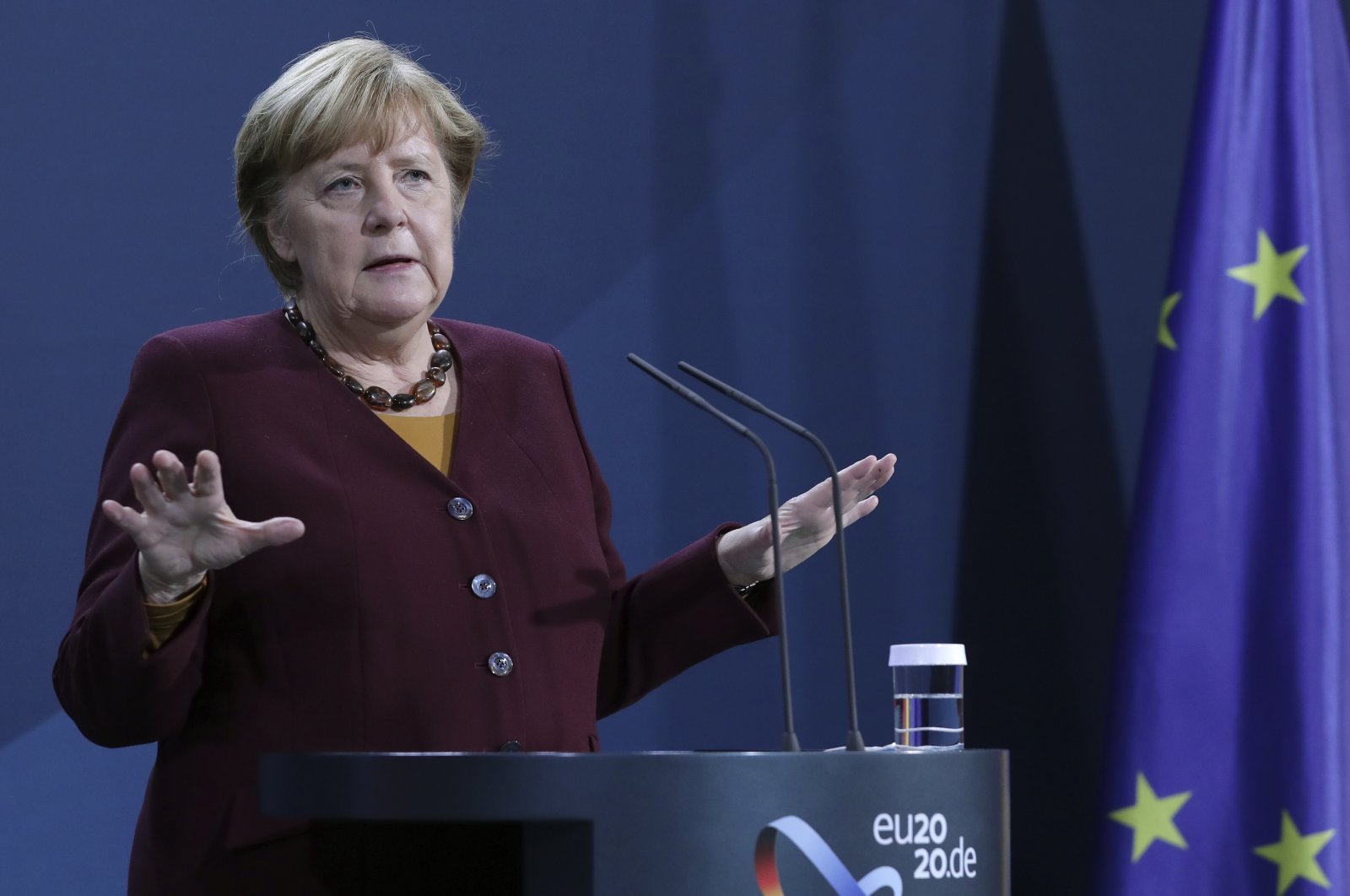 Speaking at a news conference following a videoconference of EU leaders, Merkel said the meeting largely focused on the coronavirus pandemic and disagreements over the EU budget.

When asked by a reporter about recent tensions between Turkey and EU members Greece and the Greek Cypriot administration, Merkel said they would like to see developments in the next couple of weeks before discussing any potential sanctions.

"We agreed earlier to discuss the issue of Turkey at our next summit on Dec. 10," Merkel said.

"Of course, we should observe developments in the meantime and make a decision afterward. One cannot say anything at this point," she said.

The chancellor said the most recent developments were not what they had wished to see in the region.

Last month, a German government source had said that the bloc is unlikely to launch sanctions against Turkey.

Merkel had reiterated her insistence on a diplomatic solution to the Eastern Mediterranean conflict during a previous EU summit while Berlin’s government spokesperson last month stated that Merkel is working to improve relations between the EU and Turkey following a videoconference with President Recep Tayyip Erdoğan on Oct. 6.

Greece, with France's support, has disputed Turkey's energy exploration in the Eastern Mediterranean, trying to box in Turkish maritime territory based on small islands near the Turkish coast.

Turkish leaders have repeatedly said that Ankara is in favor of resolving all outstanding problems in the region through international law, dialogue and negotiations.