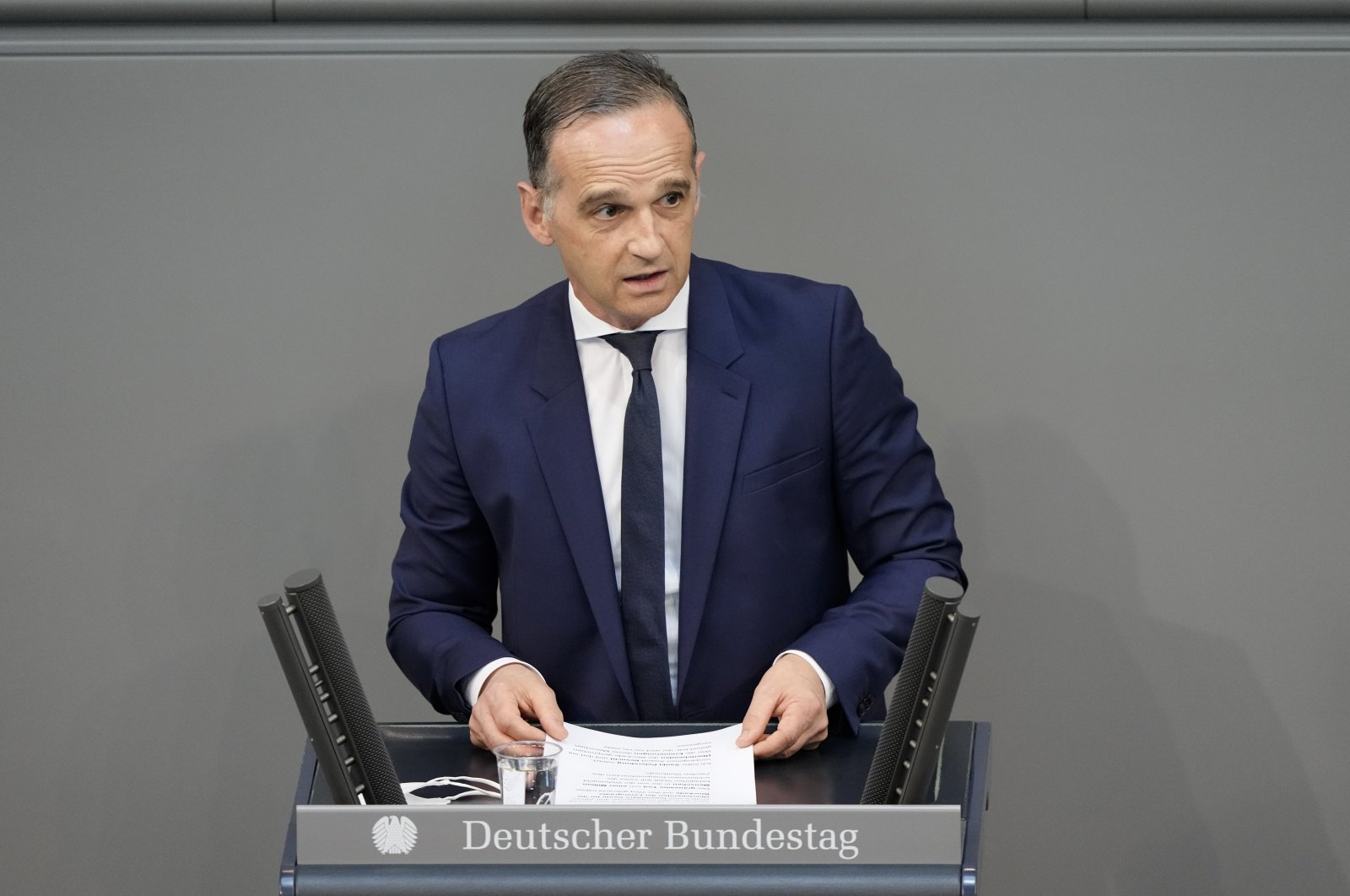 German Foreign Minister Heiko Maas delivers his speech during a debate about the 80th anniversary of the Nazi Germany attack on the Soviet Union, at Germany's Bundestag in Berlin, Germany, June 9, 2021. (AP Photo)
by Daily Sabah with DPA Jun 21, 2021 9:23 am
RECOMMENDED

German Foreign Minister Heiko Maas called on the European Union to update its migrant deal with Turkey, as he highlighted the importance of further funding.

The EU is very interested in the migration deal with Ankara being further developed and updated, he said.

“In all the difficulties we have with the Turkish government, we must acknowledge that the country has taken on a not inconsiderable migration burden for us,” Maas said.

A new agreement would require the EU to provide further funding for Turkey.

“I don’t want to put any numbers out into the world, but it is completely clear that it won’t work without money,” Maas said.

Among other things, the refugee deal between the EU and Turkey helps Ankara crack down on unauthorized migration to the EU and for Greece to send migrants who have reached the Aegean islands illegally back to Turkey.