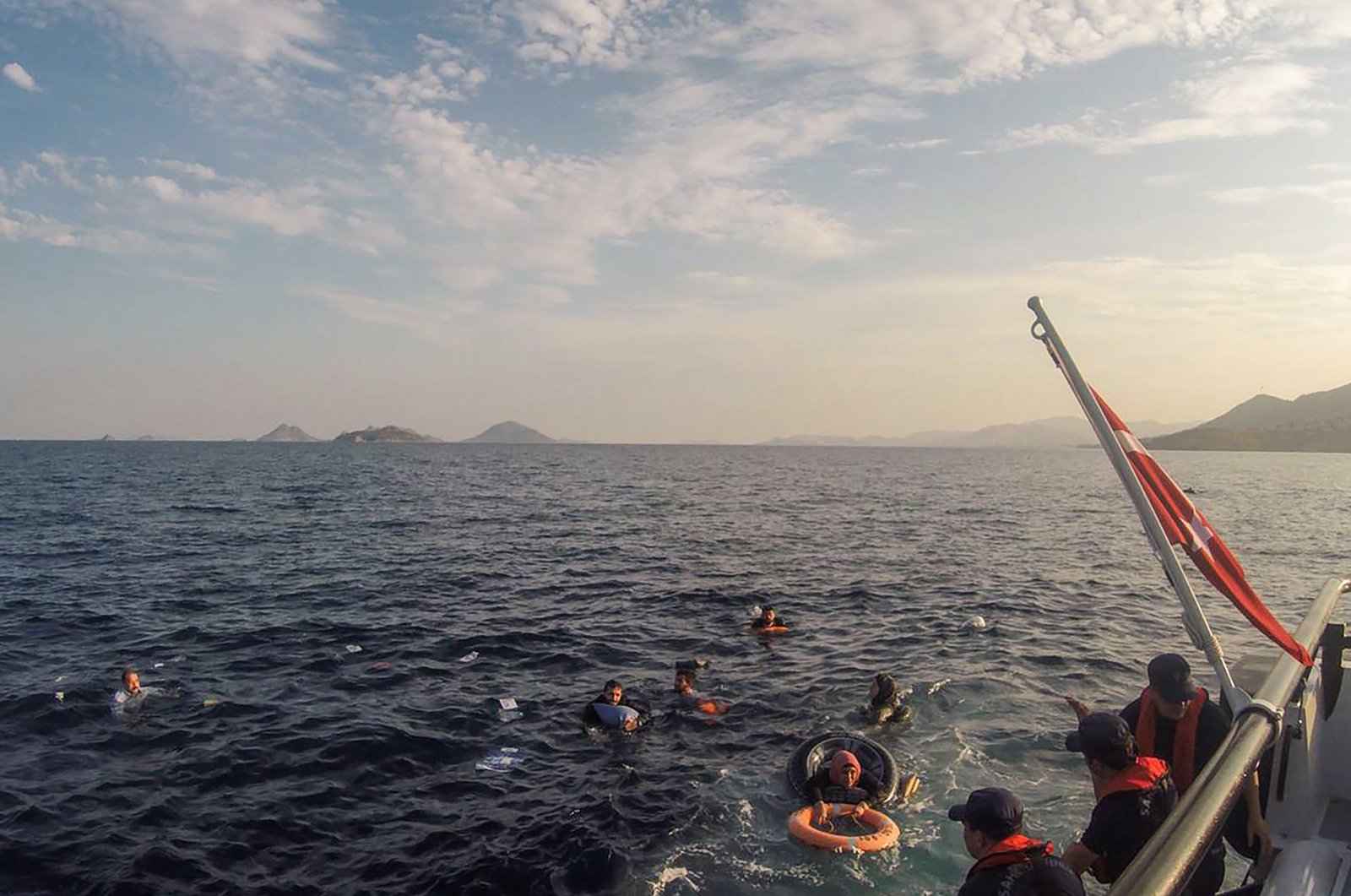 This handout picture released and taken on June 17, 2019 by the Turkish coastguard shows illegal migrants being rescued after their boat sank in the Aegean sea, off the coast of southwestern Turkey. (AFP Photo)
by Associated Press Apr 13, 2020 3:47 pm
RECOMMENDED

Authorities in Greece expressed concern Monday that migrants and refugees are gathering on Turkey's coast with plans to cross the Aegean Sea to Greek islands despite movement restrictions in both countries to prevent the spread of the coronavirus.
Daily clashes between border police and migrants broke out at the land border between Turkey and Greece in March after the Turkish government said it would no longer stop people from trying to enter Europe.
Greek government spokesman Stelios Petsas said authorities now “have seen signs of activity" on the shores of Turkey.
“We will ... continue to do whatever it takes to defend our sovereign rights and guard the borders of Greece and Europe," he said.
The Greek islands last year were the European Union’s busiest entry point for illegal migration, according to European border agency Frontex.
Turkish authorities previously inhibited migration to Europe in return for Syrian refugee aid as part of a deal with the EU.
Greek Defense Ministry officials said military personnel have been guarding the country's land and sea borders since Turkey accused the EU of not abiding by its commitments and said it would no longer deter people heading to Europe.

Turkey's decision to open the border came after 34 Turkish soldiers were killed by forces of the Bashar Assad regime, in Idlib, northwestern Syria. Turkish soldiers had been stationed in the area to protect local civilians as part of a 2018 deal with Russia forbidding acts of aggression within a certain delineation.

The Human Rights Watch urged Greece and the EU to respect human rights in light of Turkey's new policy of refusing to halt migrants and refugees trying to leave for Greece. The international human rights group also criticized a decision by Athens to suspend new asylum applications for a month and summarily deport those arriving in last month's surge. Also, inhumane conditions in Greece’s refugee camps have been another point of heavy criticism.

Meanwhile, Turkey has settled a large number of refugees and migrants, previously waiting at the Greek border, at repatriation centers due to concerns over the coronavirus outbreak.