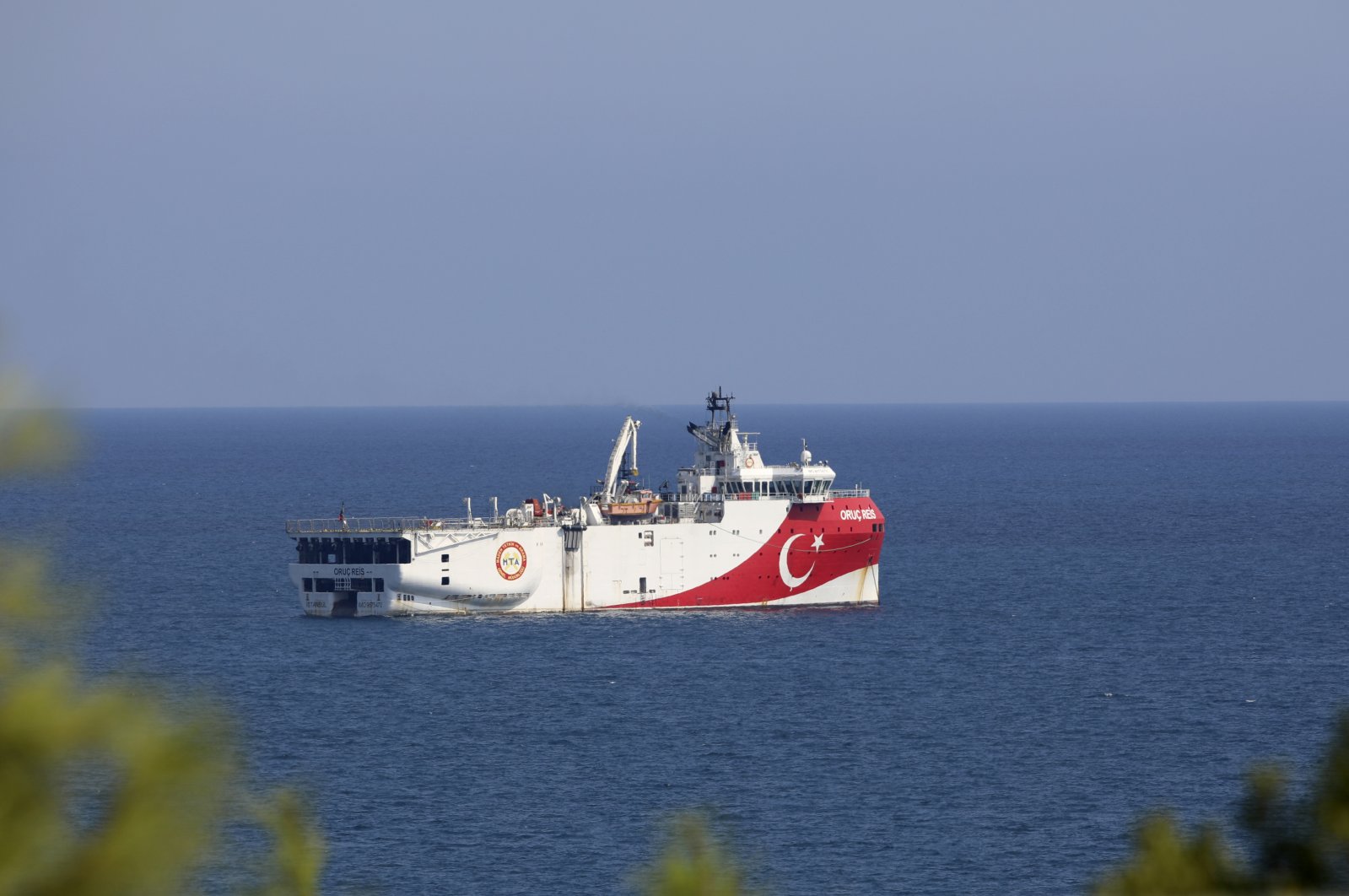 Greece and European Union countries must not waste the chance to solve disputes regarding drilling and maritime zones in the Eastern Mediterranean through diplomatic channels, Turkey’s presidential spokesperson Ibrahim Kalın said on Monday.

“A peaceful solution to problems in the Eastern Mediterranean is possible. Comprehensive and rational approaches based on the principle of equity will have a constructive contribution. Greece and EU countries must not waste the chance for diplomacy and take reciprocal steps,” Kalın wrote on Twitter, saying that Turkey will continue to protect its interests and rights as an actor that is both strong at the negotiating table and in the field.

“Turkey does not have eyes on anyone's lands,” he added.

Ankara's deployment of a research vessel triggered a military buildup in the Eastern Mediterranean. NATO allies Turkey and Greece both dispatched warships to the area where the Oruç Reis was engaged in seismic research. NATO intervened, organizing talks between the two countries’ militaries to prevent a potential conflict.

Ankara has consistently opposed Athens' efforts to declare an exclusive economic zone (EEZ) based on small Greek islands near Turkish shores, violating the interests of Turkey, the country with the longest coastline in the Eastern Mediterranean.

Ankara has also said energy resources near the island of Cyprus must be shared fairly between the Turkish Republic of Northern Cyprus (TRNC) and the Greek Cypriot administration.

Although the dispute is decades old, huge offshore natural gas sites discovered in recent years have intensified the quarrel.

In response to the standoff with Turkey, Greece on Saturday announced a major new defense program that includes plans to buy 18 French-made Rafale fighter planes. Athens also intends to buy four navy helicopters and four new frigates and to add 15,000 military personnel to its armed forces by 2025.