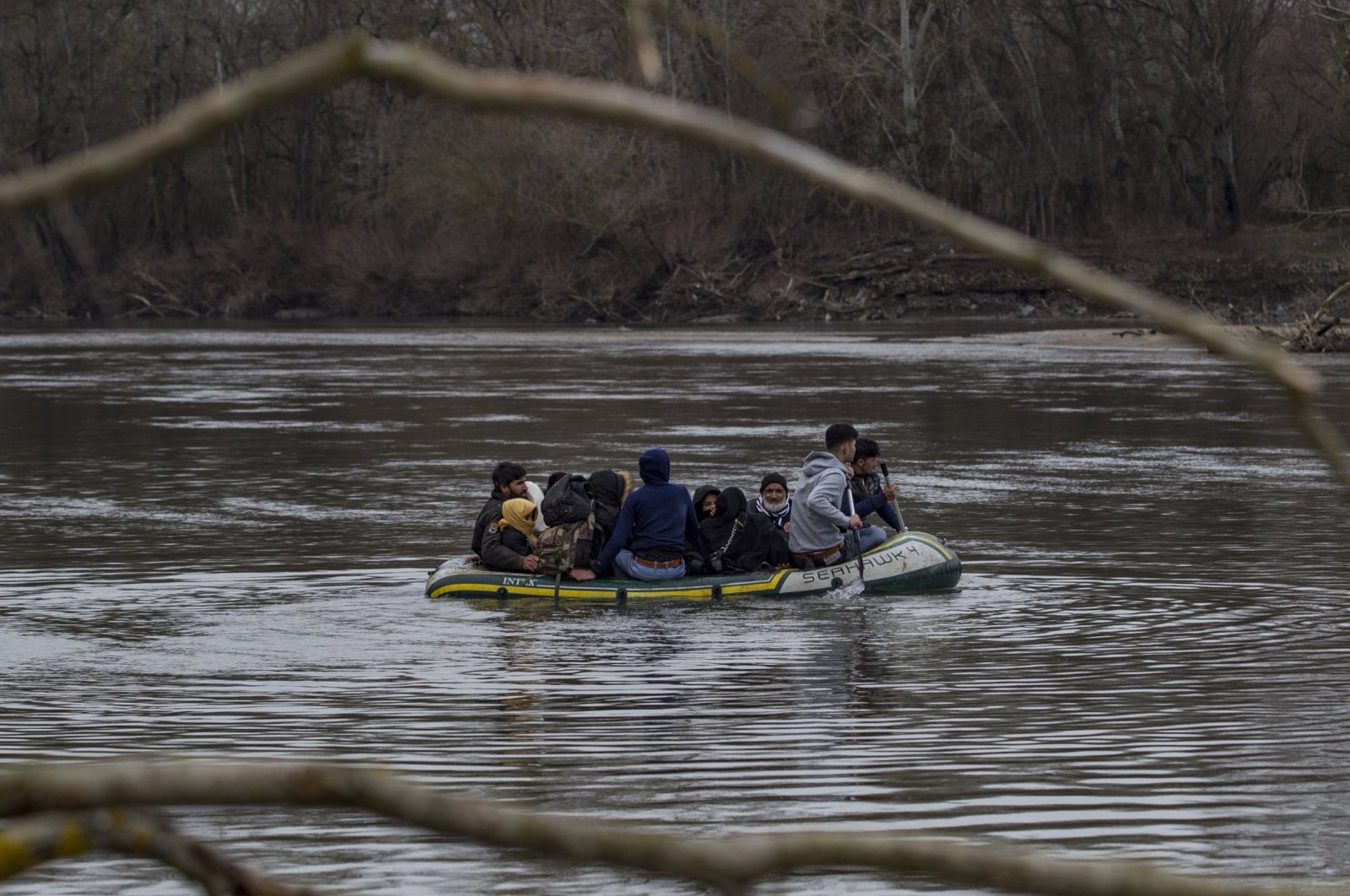 Aside from reportedly inflicting violence upon asylum-seekers and holding them in detention centers amid dreadful health conditions, Greece has also been forcing migrants who cross into its territory back into Turkey, denying their rights to seek refuge

Greek security forces, criticized heavily over the past few months for various human rights violations, have been rounding up asylum-seekers and forcing them back to Turkey without allowing them to seek asylum, migrants, lawyers and activists have said.

Speaking to the Wall Street Journal in an article published Wednesday, one migrant, Nadeem Kohistani, who had been in a camp in Greece for more than two months, said he was handcuffed by Greek police and driven back to the Turkish border before being forced to board a smuggler’s boat to cross the Maritsa river that divides the two nations.

The 18-year-old Afghan, along with other migrants, duly showed the police official documents proving that they had taken the first step toward applying for asylum. However, police forces expelled them regardless, as well as taking their money and cell phones.

At least 250 migrants and asylum-seekers have been forced back over the border by Greek security forces since late March, the Border Violence Monitoring Network documented. Simon Campbell, a field coordinator of the network, told WSJ that the real number is likely higher because many forcibly returned to Turkey do not speak out.

Greek authorities, despite facing criticism from rights groups for months, have denied allegations regarding their pushing of asylum-seekers out of their borders, as well as beating and even killing many.

“Greek security forces and unidentified armed men at the Greece-Turkey land border have detained, assaulted, sexually assaulted, robbed and stripped asylum-seekers and migrants, then forced them back to Turkey,” the Human Rights Watch (HRW) stressed in a March report, “Top EU officials have praised Greece’s border control measures and provided support through the European Border and Coast Guard Agency (FRONTEX).”

Greece also suspended access to seek asylum in March, in clear violation of the Universal Declaration of Human Rights and the EU Charter of Fundamental Rights, which guarantee the right to seek asylum.

“Denying people access to asylum is inhumane and illegal. It may violate the fundamental principle of non-refoulment, the practice of not forcing refugees or asylum seekers to return to a country where they are liable to be subjected to persecution,” the HRW said.

Furthermore, at least two men were killed and a woman remains missing at the Turkish-Greek border after Greek border forces fired live ammunition and tear gas at asylum-seekers and other migrants struggling to cross to Europe, Amnesty International said in April.

Late February, Greek Prime Minister Kyriakos Mitsotakis stated that Athens would not tolerate any illegal entries of migrants through its borders and would increase its border security. Greece has been the passage for thousands of migrants and asylum-seekers trying to reach Europe for years, however, since March, Athens has built up its security on the border, deploying police and military forces.

“It’s not deportation, it’s an illegal pushback,” a lawyer for the Greek Council for Refugees Dimitris Koros told WSJ, adding that this is illegal according to the Geneva Convention and Greek law.

The lawyer and his group have gathered testimonies from several migrants and asylum-seekers, indicating clear violations of law. Local and international law requires that the deportations follow due process and are done in coordination with the receiving country, the WSJ said.

“Under the cover of a global pandemic it is obviously easier to get away with particular human rights abuses when the attention of the world is elsewhere,” Nadia Hardman, a researcher at HRW, told the WSJ.

The rights group last week stated that over 2,000 newly arrived people were in mandated quarantine since March in Malakassa and Serres, in unsanitary and cramped conditions, while the World Health Organization (WHO) recommends only a 14-day period.

Tens of thousands of asylum-seekers live in dire conditions in Greek camps. The conditions have worsened recently due to outbreaks of the coronavirus. More than 42,000 people currently live in the overcrowded camps on the Greek islands, including about 5,500 unaccompanied minors. The overcrowded camps on the islands, lacking basic services and hygiene, are a great risk for an outbreak of the virus, which would be difficult to contain.

Moreover, Kohistani said the smuggler apologized to the migrants, explaining that Greek authorities forced him to return them to Turkey.

Another asylum-seeker who arrived at one of the Greek islands with his family, Syrian Khalid Hassede, was told together with others to board a Greek coast guard boat that would take them to Athens to apply for asylum. Yet, the boat took them to Turkish waters, where they were forced onto an inflatable raft and left at sea. The migrants said that they were eventually rescued by the Turkish Coast Guard Command.

Turkey has frequently criticized the practices of Greek coast guards. The Turkish coast guard in March slammed their Greek counterparts for leaving migrants at sea helpless by pushing them back into Turkish waters, damaging their boat engines and sinking rubber dinghies.

The Turkish Coast Guard Command rescued another 24 migrants and refugees early Thursday who were adrift on a boat in the Aegean Sea. The migrants were aboard a rubber boat that was forced into Turkish territorial waters by the Greek coast guard.

The asylum-seekers, including women and children, were rescued off the coast of Seferihisar in Izmir province. No details have been provided on the nationality of the migrants and refugees.

Turkish officials said earlier last month that the Greek coast guard had attempted to sink boats carrying migrants and refugees toward the Greek islands, opening fire and hitting people on the boats with long sticks, as documented by a video that drew harsh criticism.