Greece: Migrants spend nights on streets after being granted asylum 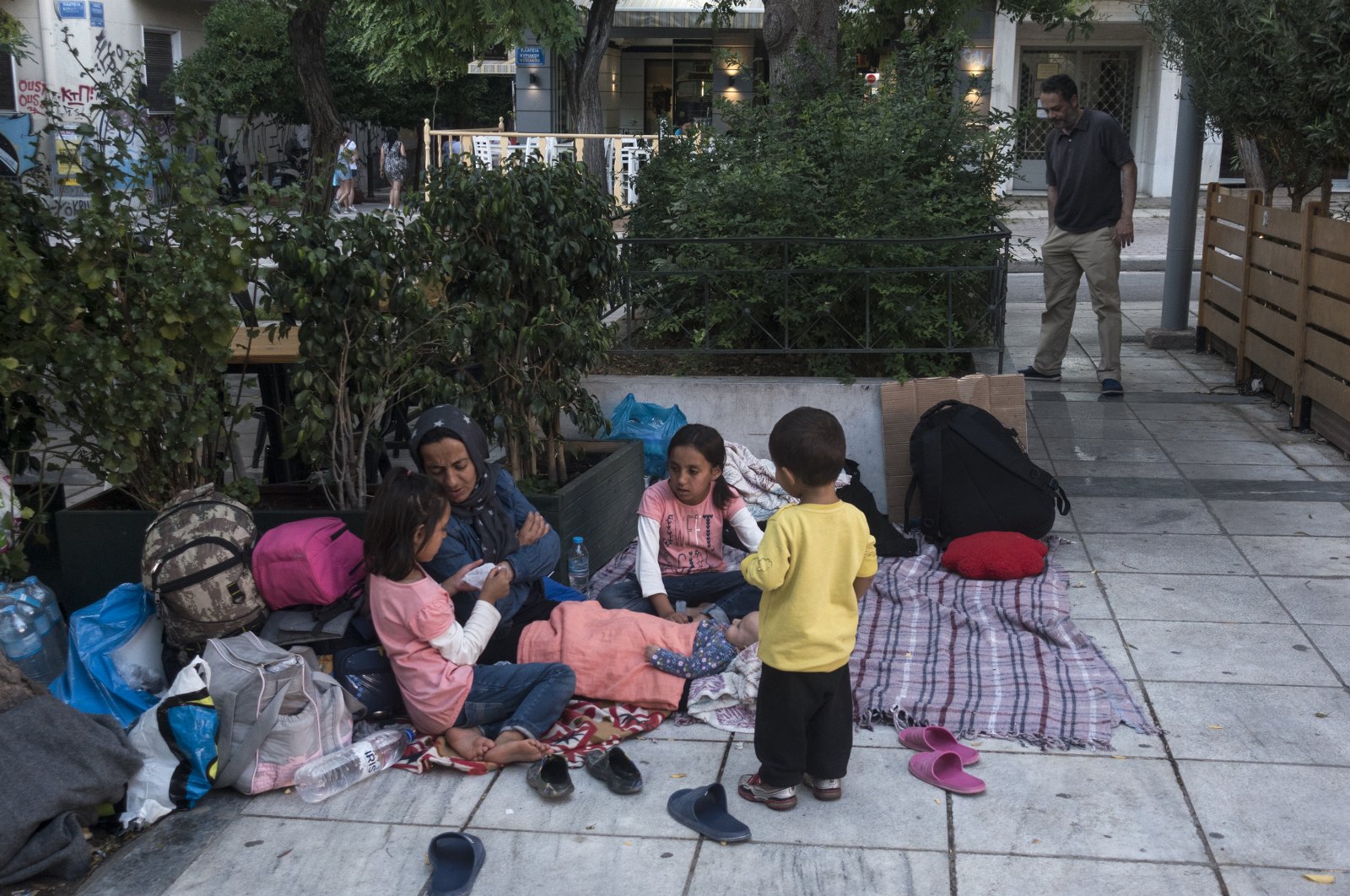 An Afghan family has to spend the night out in the open after being expelled from Greece's Moria camp and having nowhere to go, Athens, Greece, June 15, 2020. (AA Photo)
by DAILY SABAH WITH AA Jun 16, 2020 11:55 am
Edited By Dilara Aslan
RECOMMENDED

With the roof on their heads snatched away, asylum-seekers often have to spend the nights on the streets of Athens. Many were expelled from the Moria Camp on Lesbos Island in Greece after being granted asylum. However, as the funding from the European Union for their accommodation has ended, they were abandoned by the Greek authorities.

A group of Afghan asylum-seekers looking for shelter at Victoria Square, a public park in the capital, comprises of 66 people, including four pregnant women and children.

"They told us we have to leave Moria Camp. They said: 'Go to Athens, finish your paperwork and go wherever you want after that,'" said Alireza, who came to Athens two days ago.

"I don't get that. We are refugees. They officially left us here. Imagine that you came to Afghanistan and did not speak the language. And nobody guides you. How would you feel?" said another refugee who spent the night in the street.

Petros Konstantinou, head of the United Movement Against Racism and the Fascist Threat (KEERFA), said Athens municipality reacted to the situation passively and called the authorities to take action.

"This is the result of the government's racist policy that leaves 11,000 refugees homeless without providing the conditions for their integration into society," he said.

Many refugees who obtained asylum rights are in danger of becoming homeless after EU-funded accommodation programs for refugees ended in Greece.

The U.N. Refugee Agency earlier this month warned that the moving of thousands of refugees, some of them from Greek islands to the mainland, could leave many homeless and is deeply concerning.

The UNHCR said that the government-arranged exit of at least 9,000 recognized refugees from Greece's reception system is a "premature" move before they have effective access to employment and social welfare schemes.

"Forcing people to leave their accommodation without a safety net and measures to ensure their self-reliance may push many into poverty and homelessness," warned UNHCR spokesperson Andrej Mahecic at a briefing of the United Nations in Geneva.

A new law adopted in March 2020 reduces the grace period for recognized refugees from six months to 30 days to transition from organized accommodation and essential support to independent living.

The UNHCR urged Greece to increase the national reception capacity at sites, apartments, hotels and cash for shelter.

Most of the asylum-seekers, about 32% of them are Afghans, another 26% are Syrians, and Iraqis are represented by 12%. The nationals of the Democratic Republic of the Congo make up 5% and Pakistan 4%.

There are over 33,000 asylum-seekers and migrants packed into camps on the islands of Lesbos, Chios, Samos, Leros and Kos which were originally built to handle fewer than 6,100 people.