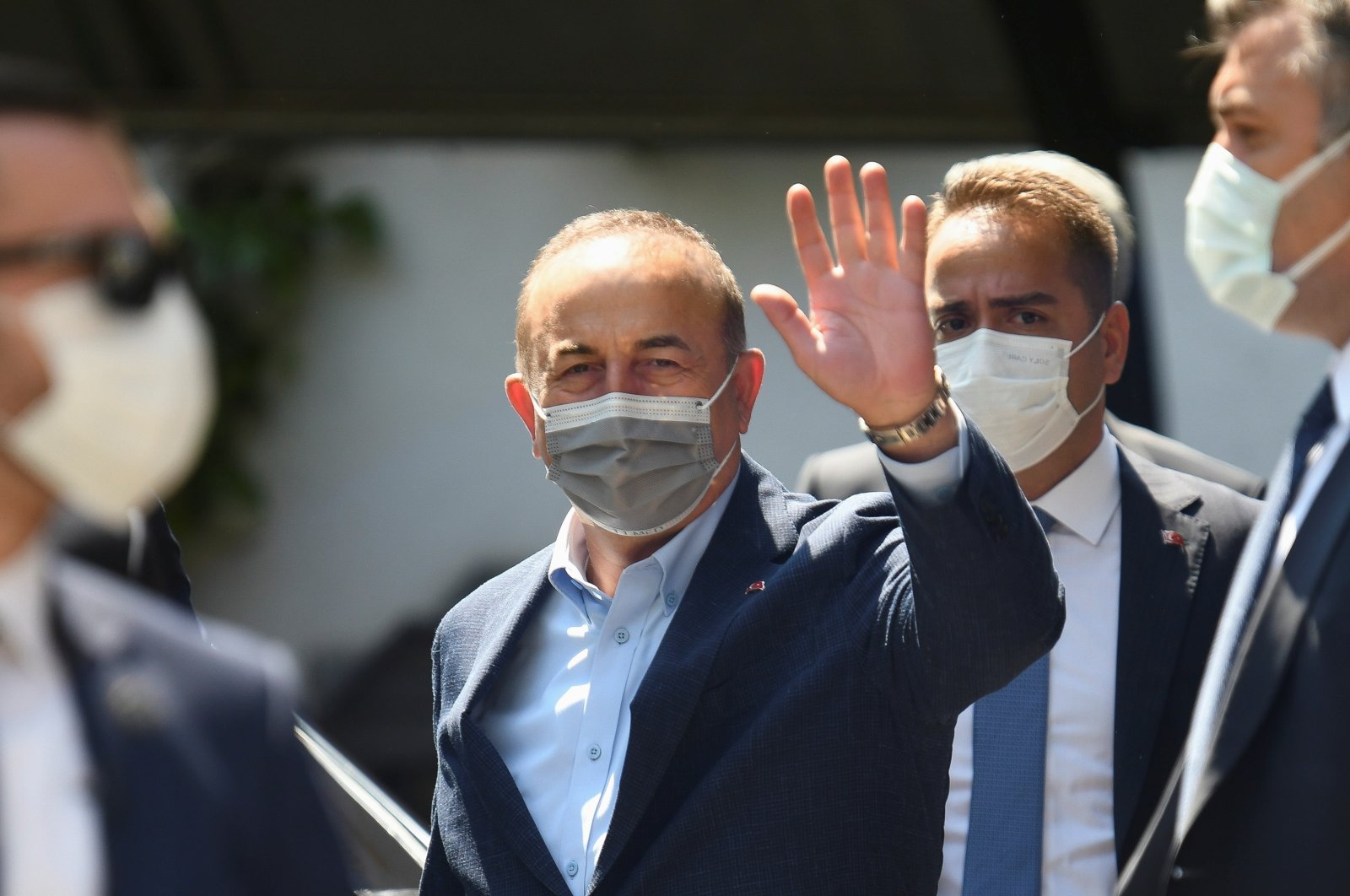 Turkish Foreign Minister Mevlüt Çavuşoğlu gestures during his visit at the Turkish Consulate in Komotini (Gümülcine), Greece, May 30, 2021. (REUTERS Photo)
by DAILY SABAH May 30, 2021 2:53 pm
RECOMMENDED

Greece must refrain from using the European Union as a trump card against Turkey and must embrace the positive momentum between the two countries, Foreign Minister Mevlüt Çavuşoğlu stated on Sunday, adding that ongoing problems can only be solved through bilateral dialogue.

Speaking to the Greek To Vima newspaper, Çavuşoğlu stated: “As two neighbors we are condemned to live in the same geography. Therefore, we need to define our relationship as cooperation instead of conflict.”

Çavuşoğlu underlined that his visit to Greece will prepare the basis for an upcoming meeting between President Recep Tayyip Erdoğan and Greek Prime Minister Kyriakos Mitsotakis at the NATO summit and pointed to the importance of constructive dialogue.

He also touched upon relations with the EU, saying that a positive agenda exists but that this must be supported with concrete and meaningful steps.

“In general, Turkey’s participation in the EU is the most significant geopolitical investment the EU can do for Europe and beyond.”

On the activities of Turkey's Oruç Reis survey vessel, Çavuşoğlu stressed that they are conducted within Turkey's continental shelf. He reiterated Turkey’s will to protect the rights of Turkey and Turkish Cypriots in the Eastern Mediterranean “in the face of the unilateral and maximalist claims” of Greece and the Greek Cypriots.

He stated that Turkey’s calls on Greece for dialogue are being ignored by the latter.

The two NATO allies have been at odds over decades-old issues, including the extent of air and maritime boundaries in the Aegean Sea and the future of the divided island of Cyprus.

Regarding the Cyprus issue, Çavuşoğlu stated once again that the Turkish side envisions a relationship of cooperation based on equal status and sovereignty between two states on the island.

“We all have to take lessons from the past’s failures. Insisting on the old (United Nations) Security Council resolutions will make us go round in circles.”

Turkey has frequently underlined that any future talks on the decadeslong Cyprus question should involve two states rather than communities.