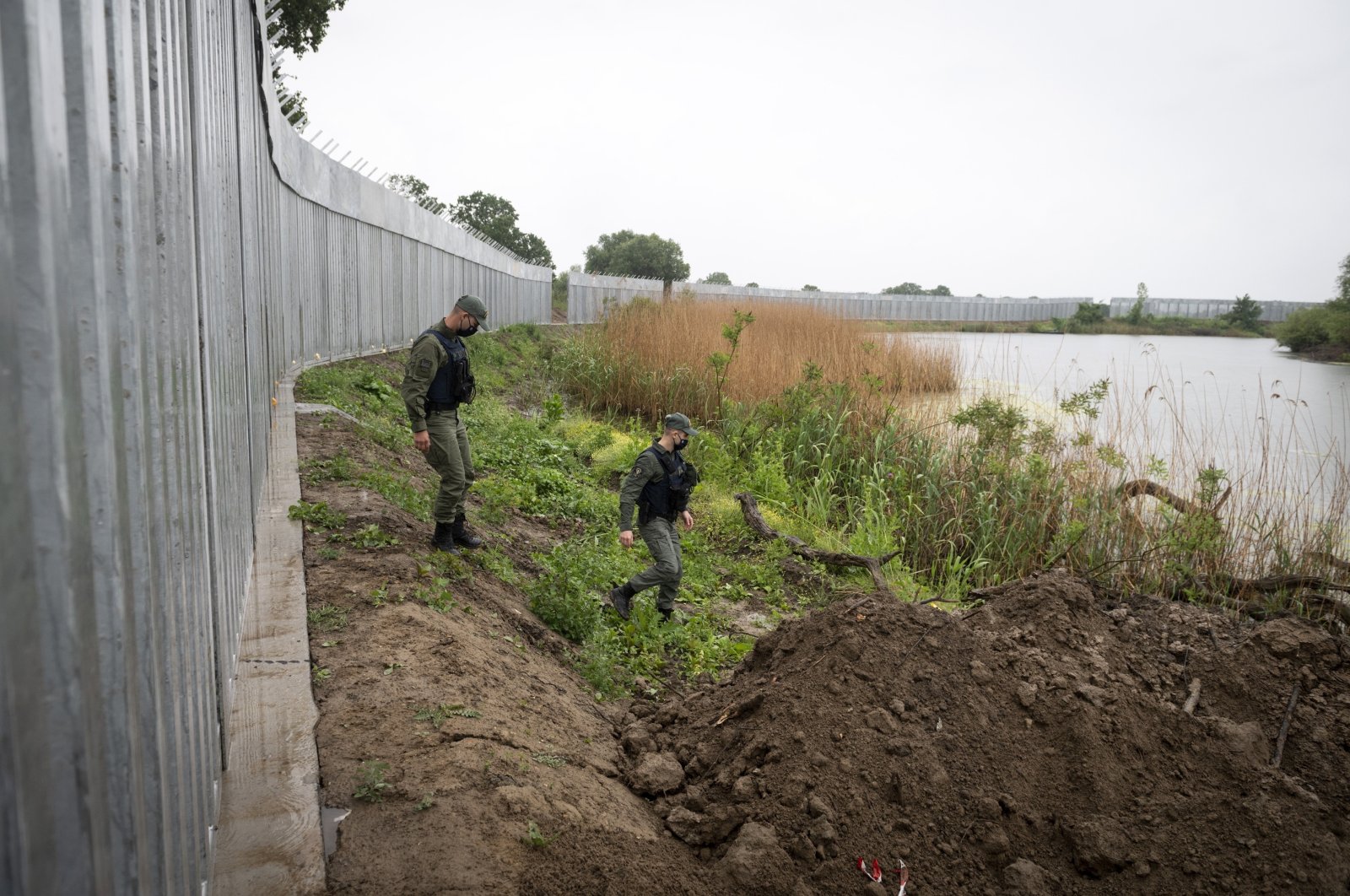 Greece pushed some 889 boats carrying irregular migrants back into Turkish territorial waters in 2021 while 25,668 migrants were rescued by the Turkish Coast Guard Command units.

In a clear violation of international law, Greece continues to push migrants back and resort to inhumane practices before the world's eyes.

While it is not known how many people lost their lives due to Greece's brutal pushbacks, the number of cases filed against Athens in international courts increases by the day.

At least 629 cases of migrants being illegally pushed back around the Greek Aegean islands were reported in 2021, the Aegean Boat Report, which monitors arrivals and rights abuses in the Aegean, also said Thursday.

According to the Norwegian nongovernmental organization (NGO), which has monitored and reported on issues related to the movement of people in the Aegean Sea since March 2020, with a focus on actual incidents of people crossing the sea and governments’ responses, almost 26,000 people have been pushed back by the Greek government in Aegean waters.

The report listed 324 incidences of pushbacks in the Aegean Sea, "involving 9,741 children, women and men who tried to reach safety in Europe." A third of the migrants, 3,067 people, had already arrived on the Greek Aegean islands when they were arrested by police, forced back to sea and "left drifting in life rafts." The NGO stressed that the Hellenic Coast Guard (HCG) acted on the orders of the Greek government and that "so far there has been no reaction from the European Union on these illegal actions."

"Almost half, 46.9%, of all pushback cases registered happened around Lesbos. 6,116 people have been pushed back at sea in 207 rubber boats, engines or petrol removed and left drifting, and in some cases even towed back to Turkish waters by HCG. In 103 registered cases, 3,067 people have been forced into a total of 187 life rafts, and left drifting in the Aegean Sea by the Hellenic Coast Guard, a systematic use of rescue equipment as a deportation tool. The Greek government categorically denies any involvement in these atrocities, but the evidence against the Greek government is overwhelming, there is no doubt who is responsible," it added.

According to the report, in 2020 alone, 778 boats were stopped on their way towards Greece, and 25,158 people were arrested.

"In the last 22 months, 484 life rafts have been found drifting in the Aegean Sea carrying over 8,400 people. Nowhere on earth have so many life rafts been found at sea, in peace or war times, but strangely enough, European politicians seem to be unwilling to even address the issue," the NGO stressed.

Ankara recently stated that between Feb. 28, 2020, and Dec. 21, 2021, a total of 1,430 incidents involving immigrants were recorded as a result of the pushbacks, and 42,879 immigrants were saved from death in these incidents.

Setting out to start a new life, the irregular migrants' journey of hope often ends in the blue waters of the Aegean or turns into a nightmare due to the inhumane practices of Greek coast guard units. Turkey and Greece have been key transit points for migrants aiming to cross into Europe, fleeing war and persecution to start new lives. Turkey has accused Greece of large-scale pushbacks and summary deportations while denying migrants access to asylum procedures, which is a violation of international law. Turkey has also accused the European Union of turning a blind eye to this blatant abuse of human rights.

International organizations and Turkey have repeatedly condemned Greece's illegal practice of pushing back asylum-seekers, saying it violates humanitarian values and international law by endangering the lives of vulnerable migrants, including women and children. Turkey's five Aegean provinces – Çanakkale, Balıkesir, Izmir, Muğla and Aydın – are prime spots for refugees leaving Turkey for the European Union, with Greek islands lying within sight of the Turkish coast.

In recent years, hundreds of thousands have made short but perilous journeys across the Aegean in a bid to reach northern and western Europe in search of a better life. Hundreds of people have died at sea as a number of boats carrying refugees sank or capsized. The Turkish Coast Guard Command has rescued thousands of others.

Greek Prime Minister Kyriakos Mitsotakis, whose center-right New Democracy party came to power in 2019, continued to defend his government's controversial migration policy, alleging that it was "tough but fair," and claimed Greece has been rescuing hundreds of people at sea since 2015 when it was on the front line of Europe's migration crisis.

In a recent report, the EU's Fundamental Rights Agency (FRA) revealed that migrants at EU borders still face difficult conditions and have their rights violated in detention and reception centers. The report also noted that pushing migrants back to Turkey has become the de facto border policy of Greece and that torture, ill-treatment and pushbacks continue.

Frontex has also been known to play a hand in Greece's pushbacks of migrants. A joint investigation by several international news outlets reported in October 2020 that Frontex was complicit in maritime pushback operations to drive away migrants attempting to enter the EU via Greek waters. A month later, Brussels-based news outlet EUobserver revealed that Frontex exchanged correspondence with Greek authorities about Athens' orders to push migrants back to Turkish waters.