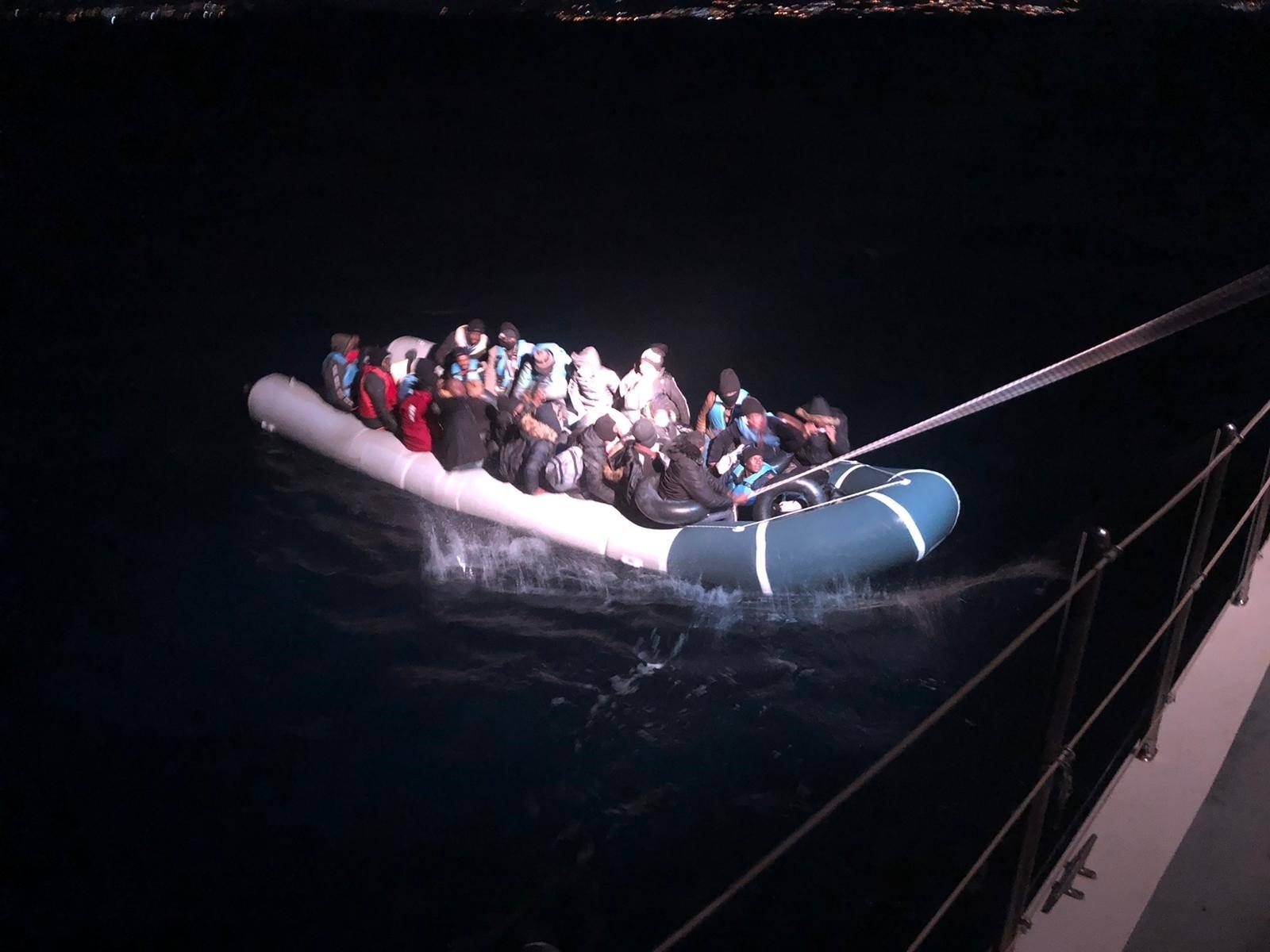 Greece continues to push innocent migrants back to their deaths as Europe watches, Interior Minister Süleyman Soylu wrote on Thursday, adding that irregular migrants attacked by Greek coast guards or left at sea are rescued by Turkish authorities.

“We strongly condemn Frontex (the European Border and Coast Guard Agency) and the European Parliament for ignoring this inhumane treatment that stands every day,” Soylu shared on Twitter along with footage of irregular migrants in an inflatable boat being approached by Greek authorities.

In the video, a Greek coast guard is seen pushing the migrants toward Turkish territorial waters, rather than rescuing them, before leaving the area.

The stranded irregular migrants are then rescued by the Turkish coast guard.

One of the migrants described the ordeal, saying: “We spent three hours in the boat. We have reached Greece, we saw a Greek boat. We thought that they can help us, we called for help.”

Saying the Greek boat arrived and began to follow the migrants at sea, she said: “Then they took our engine and told us ‘go back, go back.'”

Several media reports, including German weekly Der Spiegel and videos published by Turkey have provided evidence of Frontex guards working with Greek authorities to push migrants back to Turkish waters.

Migrant rights agencies have warned that the arrivals, many of them fleeing conflict, have the right to asylum but are put in danger by the border guards' aggressive tactics.

Pushbacks are considered contrary to international refugee protection agreements. Under the principle of “non-refoulement,” people should not be expelled or returned to a country where their life and safety are threatened due to their race, religion, nationality or being members of a social or political group.

Frontex head Fabrice Leggeri, grilled by members of the European Parliament's Civil Liberties Committee at the end of November, said no evidence had been found of "active, direct or indirect" Frontex involvement in pushbacks. Only the host member state (Greece) could decide what had to be done, he added. Some members of the Parliament supported the work of Frontex, but one group, the Socialists and Democrats, called for Leggeri's resignation.

Greece rejects the accusations, saying they protect the borders of the EU in line with international law. International nongovernmental organizations (NGOs) reported at least 300 pushback incidents by Greek security forces in 2020.

The statement added that the friction between a Turkish and Greek boat occurred as four Turkish coast guard boats tried to block the Greek's maneuvers.

“Greek elements that know no limits in violating international law and continuously pushing back irregular migrants toward Turkish territorial waters, this time have been driven out of our territorial waters they violated,” it said.

Deputy Interior Minister Ismail Çataklı on Tuesday during a monthly press briefing shared that the Turkish coast guard had rescued 12,655 people from the seas in 2020, 11,493 of whom were irregular migrants.