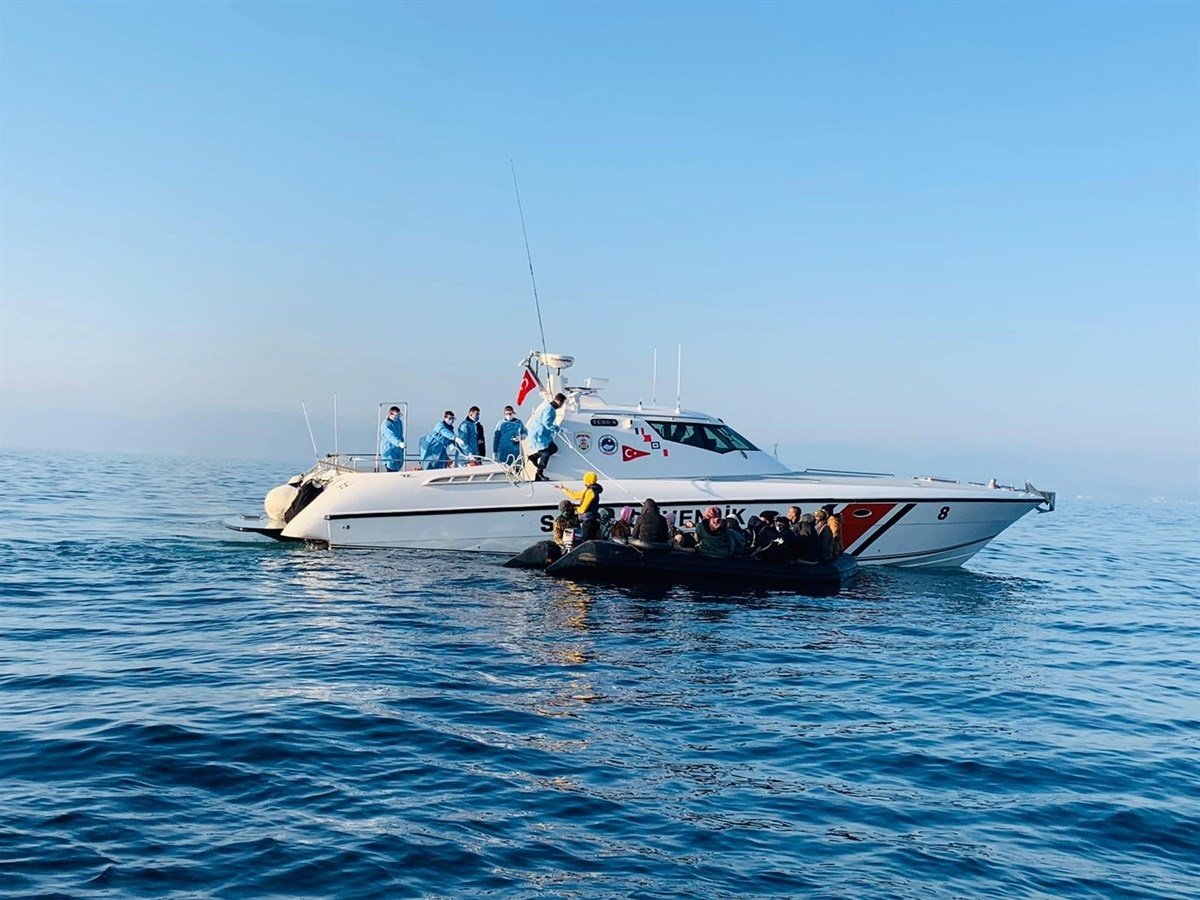 Twenty-two migrants who were pushed back into Turkish waters by the Greek coast guard were rescued near the western province of Izmir's Dikili district, Turkey, Nov. 12, 2020. (AA Photo)
by DAILY SABAH
Nov 16, 2020 3:47 pm

Greece has once again attacked boats carrying dozens of migrants including children in the Aegean Sea, the Turkish Defense Ministry said Monday.

“Greek soldiers that do not refrain from moves that could sink boats carrying dozens of migrants, among which are children, open fire around the boats and bore holes with spiked sticks,” the ministry said in a written statement.

The ministry noted that these incidents take place before the eyes of NATO elements, saying that it was Turkey coming to the rescue of the desperate migrants.

The statement said the Greek coast guards' actions had been recorded one by one.

According to the ministry, boats are first pushed toward Turkish waters and then attacked with gunfire or long sticks by the Greek forces, who “ignore the migrants’ cries.”

Greece has been widely criticized for using excessive force, including the firing of water cannons and tear gas to repel incoming migrants as well as trying to sink and push back migrant boats in the Aegean Sea.