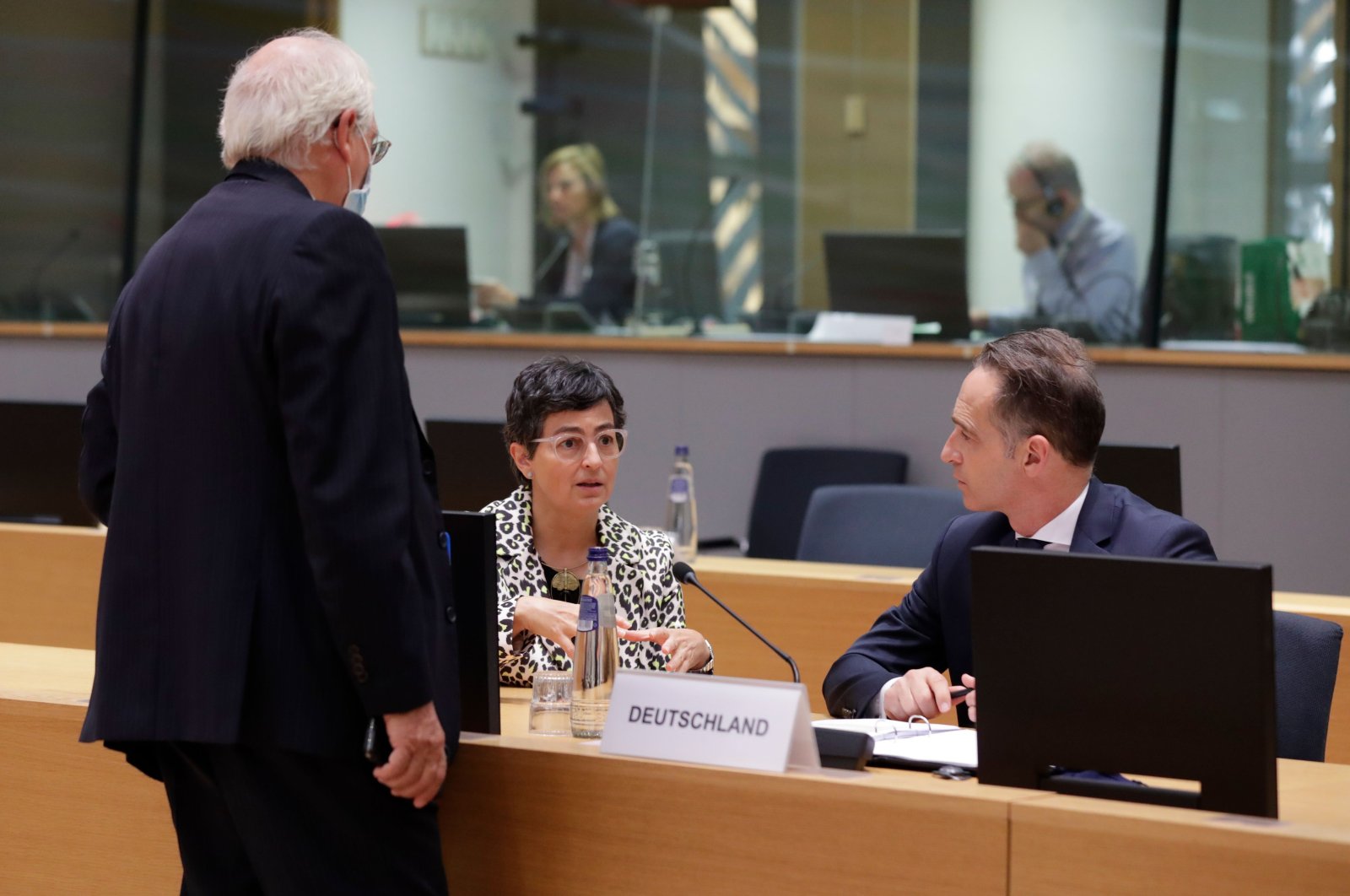 Greece is close to restarting talks with Turkey over maritime zones, government spokesperson Stelios Petsas said Monday amid tensions in the Eastern Mediterranean.

"We're close to resuming exploratory talks, but how soon this will happen depends on both sides, on Greece and Turkey. The sentiment is good," Petsas told reporters.

The two neighboring NATO members have been at odds for decades over maritime boundaries for commercial exploitation in an area between Turkey’s southern coast, several Greek islands and the divided island of Cyprus. The tensions peaked again when Turkey – the country with the longest Eastern Mediterranean coastline – sent drillships to explore for energy on its continental shelf, saying that both Turkey and the Turkish Republic of Northern Cyprus (TRNC) have rights to natural resources in the region.

Ankara and Athens recently engaged in technical meetings with military delegations to discuss ways to reduce the risk of a clash that was initiated after a proposal by NATO Secretary-General Jens Stoltenberg. The fifth round of talks is planned to be held on Tuesday, Defense Minister Hulusi Akar stated on Monday. "We are, of course, in favor of peace, stability, negotiations and dialogue. We support them but we will not allow any fait accompli (in the Eastern Mediterranean)," Akar told a videoconference attended by Turkish commanders.

Petsas also confirmed local media reports that U.S. Secretary of State Mike Pompeo is expected to visit Greece for a meeting with the country's Prime Minister Kyriakos Mitsotakis to discuss the crisis but added that the schedule was still being worked out. Greece and the U.S. earlier this month held military drills south of Crete. The exercise included the participation of a Greek frigate and submarine, F-16 fighter jets, the American destroyer USS Winston S. Churchill and navy helicopters from both sides.

Petsas' statements came when the foreign ministers of 27 European Union member countries met in Brussels on Monday to discuss regional issues including the Eastern Mediterranean tensions, Libya and relations with the African Union and try to break the gridlock on the adoption of sanctions against individuals from Belarus alleged to be involved in human rights breaches and electoral fraud in the country. The meeting comes ahead of an EU leaders summit to be held on Sept. 24-25. The meeting's main agenda will be the situation in the Eastern Mediterranean as well as relations with Turkey.

Ahead of the summit, EU Council President Charles Michel traveled to Greece, the Greek Cypriot administration and Malta as part of preparations for the discussion.

Turkey says the European Union unfairly backs Greece in a maritime dispute that stretches back decades but only gained added importance with the discovery of large natural gas deposits in recent years.

Members of the European Parliament adopted a resolution last week expressing "full solidarity" with Greece and the Greek Cypriot administration against Turkey's actions in the Eastern Mediterranean. The Turkish Foreign Ministry in a written statement following the resolution said the decision was taken solely for the sake of solidarity among EU members and to serve the "selfish" interests of some member countries.

Prior to the EU summit, a special adviser to the EU's foreign policy chief stated Saturday that the issue of sanctions against Turkey remains complex in a number of ways, underlining that mediation efforts must be given another chance.

“We have not yet reached the point of broad and deep sanctions. The mediation effort must be given another chance to succeed,” Daniela Schwarzer, the director of the German Council on Foreign Relations and special adviser to Josep Borrell told Greek newspaper Kathimerini.

Saying that the Greek-Turkish crisis is “a very complicated” one for the EU, Schwarzer added: “Turkey remains a partner of the EU in the migration deal, which Europeans consider to be of key importance. Additionally, economic ties remain strong. It is, in any case, a relationship that is not reducible to the conflict (in the Eastern Mediterranean).”