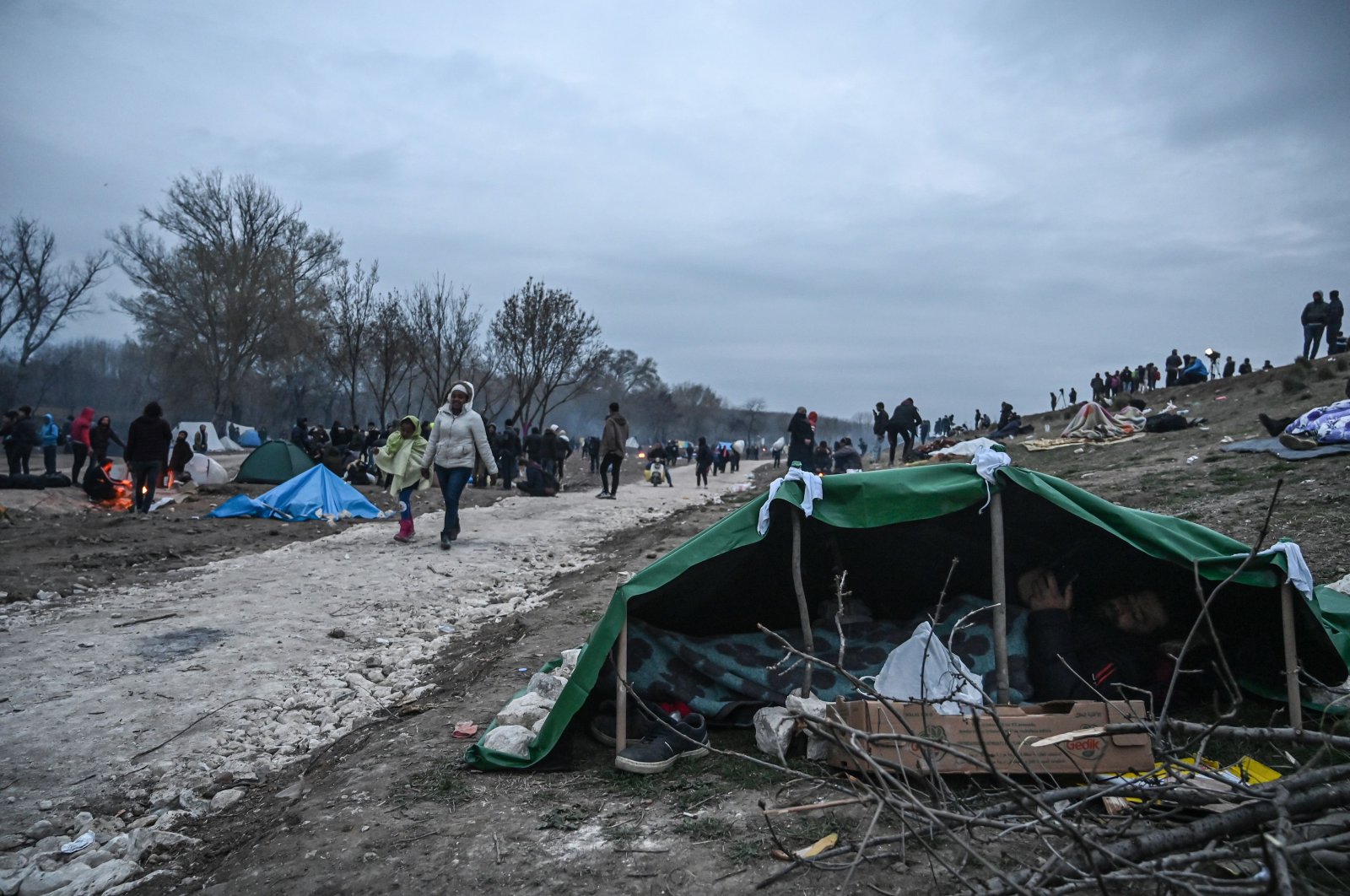 A migrant rests under a makeshift tent near the Tunca river as migrants and refugees wait to resume their efforts to cross the Greek border near the Pazarkule border gate in the city of Edirne, northwestern Turkey, on March 5, 2020. (AFP Photo)
by Anadolu Agency Mar 06, 2020 3:56 pm
RECOMMENDED

Liz Throssell, a spokeswoman for the Office of the U.N. High Commissioner for Human Rights (OHCHR), said the rights office follows the position of the U.N. Refugee Agency, UNHCR, on the Greek decision.

"There is no legal basis for the suspension of refugee procedures under the international refugee law," she said during a U.N. press briefing at Geneva.

Last Sunday, Greek Prime Minister Kyriakos Mitsotakis announced on Twitter that Greece will not accept any new asylum applications for a month.

Throssell also responded to a question by Anadolu Agency (AA) about the reports of Greek authorities shooting at refugees, sinking their boats and the killing of at least two refugees.

She said the U.N. rights office does not have a presence on either the Greek or Turkish side of the border.

While the OHCHR is aware of reports of what happened there, it was unable to verify "exactly" what happened, she stated.

The U.N. official added: "It is really important to underscore that human rights obligations are fully compatible with proper law enforcement and migration management objectives."

More than 142,000 asylum seekers have left Turkey to cross into Europe so far since Turkey opened its borders last week. Ankara accuses the EU of not fulfilling the promises it made under the 2016 deal reached on the refugee crisis.

Last week, Turkish officials announced they would no longer try to stop migrants and asylum seekers traveling through Turkey from trying to cross border gates to Europe.

The decision was made after 34 Turkish soldiers were killed by Syrian regime forces in Idlib in northwestern Syria. The recent escalation sent a fresh wave of Syrian migrants toward Turkey's border.

Turkey, which already hosts some 3.7 million Syrian refugees, more than any country in the world, says it cannot absorb another wave of migrants.