Merkel: Progress in EU-Turkey relations to benefit both sides 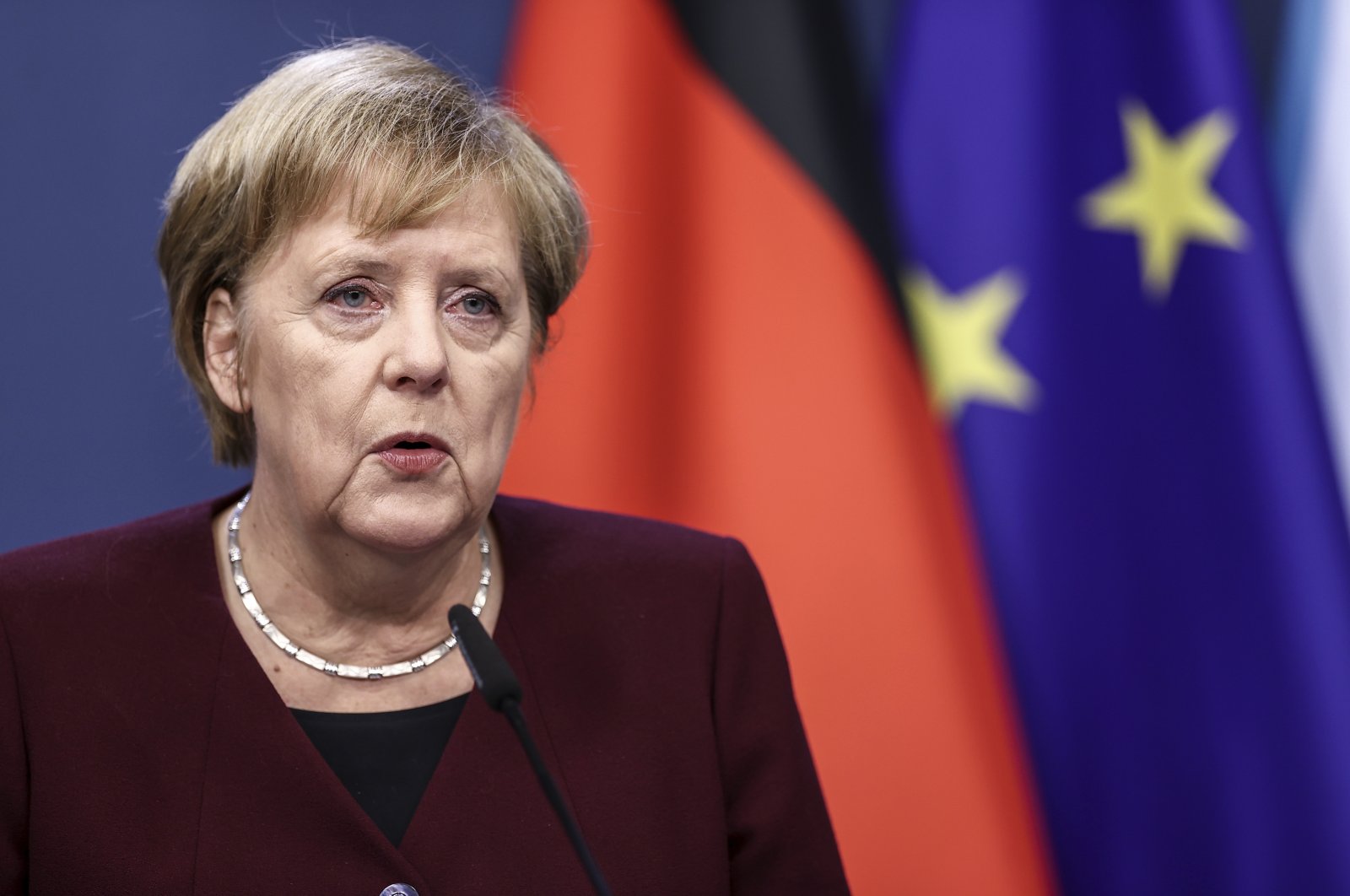 German Chancellor Angela Merkel speaks during a news conference at the end of an EU summit in Brussels, Belgium, Oct. 16, 2020. (AP Photo)
by DAILY SABAH WITH AGENCIES Oct 16, 2020 4:01 pm
RECOMMENDED

Improvement in Turkey-European Union ties is in the interest of both parties, German Chancellor Angela Merkel said Friday during an EU summit in Brussels.

Pointing at the developments in the Eastern Mediterranean, the chancellor expressed that de-escalation is a must in the region.

The 27 EU leaders met Thursday in Brussels to discuss particular issues like the COVID-19 pandemic and EU-Britain relations in the post-Brexit era. Another important topic was the Turkish-Greek dispute in the Eastern Mediterranean, which is regarded with great concern by many European countries, including Germany.

Despite calling for dialogue with Turkey, Merkel pointed at Ankara as if it is the main reason for concern in the region, claiming that its actions "are stoking tensions further."

Previously, on Thursday, asked about the possibility of bringing forward EU sanctions, German Foreign Minister Heiko Maas said the bloc would wait a week to decide how to react. "It's been twice that expected discussions have not taken place, and we don't know when they will happen," he said. "We must wait to see if there is progress in a week and then we'll see what attitude needs to be adopted by the EU."

Still, during the summit on Friday, Greece and the Greek Cypriot administration pushed for a tougher EU response to Turkey's natural gas exploration in the Eastern Mediterranean waters, after Ankara restarted operations of a survey ship.

However, two weeks after their last summit where leaders discussed economic sanctions, the EU has so far failed to persuade Ankara to stop exploring in its territorial waters.

Turkey said Greek objections were “unacceptable,” insisting that the research vessel was operating within Turkey's continental shelf – in an area just 15 kilometers (nearly 10 miles) from the Turkish coast and 425 kilometers (about 265 miles) from mainland Greece.

"I sincerely hope that we will be able to strongly and unanimously support Greece and (Greek) Cyprus against the newest provocations made by Turkey," Slovenian Prime Minister Janez Jansa told reporters as he arrived at the summit on Thursday.

Following Merkel's call for dialogue, French President Emmanuel Macron said the summit had reaffirmed the EU's support for the Greek Cypriot administration and Greece while also restating their willingness to talk with Turkey.

France and Germany said earlier this week that Turkey had only "weeks" to revise its stance and stop what they also said were provocations, but declined to give a strong ultimatum as Athens would like.

EU chief Charles Michel, on the other hand, condemned "unilateral actions and provocations" by Turkey in the Eastern Mediterranean.

Turkey had announced last month that it was pulling the Oruç Reis to shore for maintenance and resupply, saying the move would give “diplomacy a chance.”

“Our expectation from Greece is for it to withdraw its maximalist claims that are contrary to international law ... put an end to its exercises and military activities that increase tensions in the Aegean and the Mediterranean and to enter into a sincere dialogue with us,” the Turkish Foreign Ministry said.

Turkey’s Foreign Ministry accused Greece of “insincerity” for what it said were Athens’ continued actions to raise tension while declaring itself to be ready for dialogue. A ministry statement accused Greece of declaring military exercises in the Aegean Sea to coincide with Turkey’s Oct. 29 national day celebrations. Turkey retaliated by declaring exercises on Oct. 28 – a Greek national holiday.