Migrant goes partially blind, as Greece continues to use violence at border 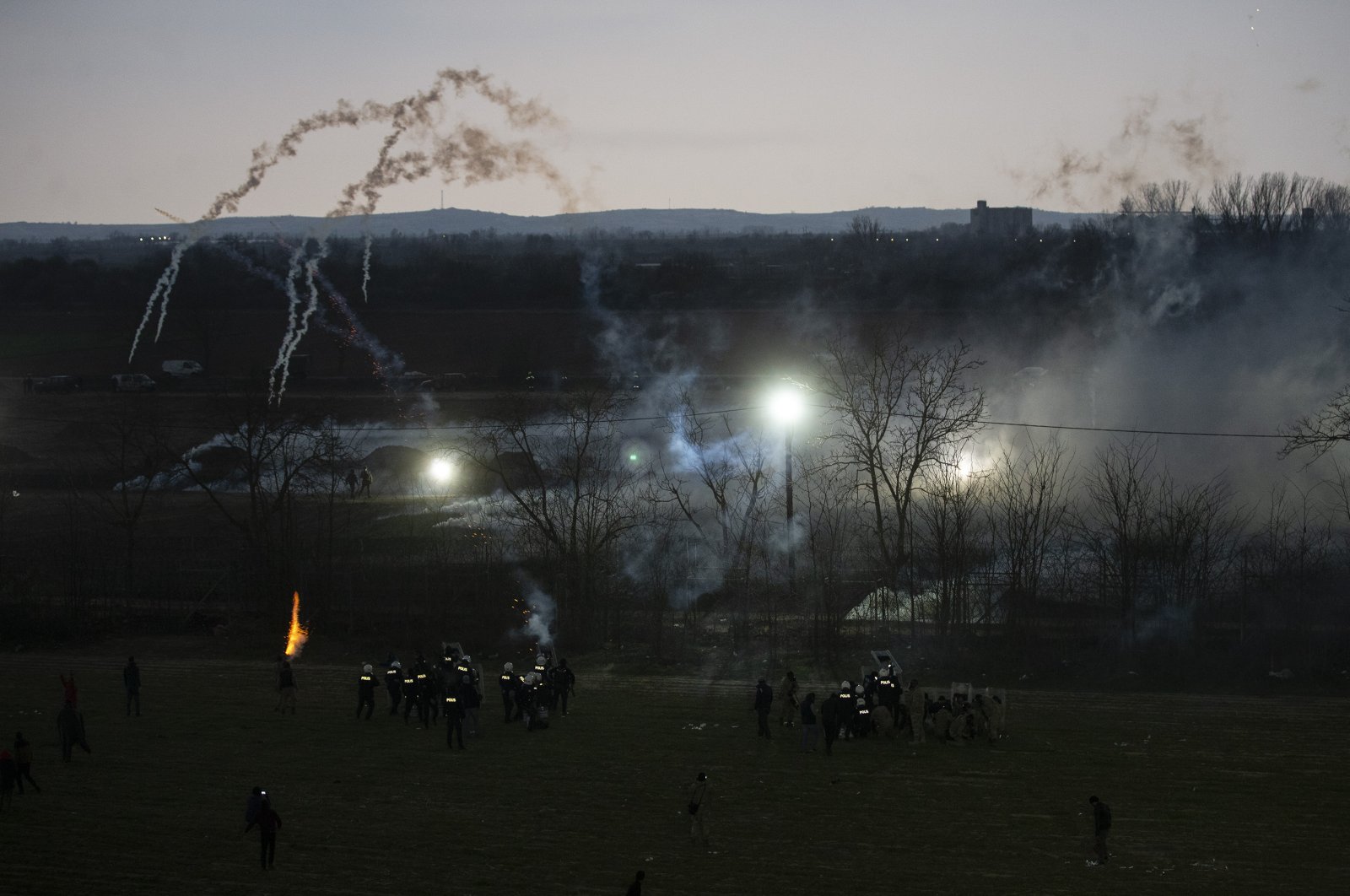 There were more clashes along the border between Greece and Turkey on Sunday at the Kastanies/Pazarkule crossing point, as Greek security forces continued to use brutal violence against migrants trying to cross the border.

On the 24th day of refugees and migrants waiting for Greece to admit them to the EU, a migrant was injured when a plastic bullet used by Greek border units hit his eye. The migrant was taken to the hospital by ambulance. After the first check, doctors said the migrant had partially lost his vision.

Also, a group of 200 migrants felled a tree, damaging the fencing on the Greek side during the clashes. Greek security forces responded by using tear gas and secured the border, according to a report on state radio.

It was also reported that Greek border units intervened against children playing football near the border. In their intervention, the Greek security forces used tear gas and pressurized water against those trying to cross.

Ankara last month announced that it would no longer try to stop refugees and migrants from reaching Europe, accusing the European Union of failing to keep its part of a 2016 refugee deal.

The EU-Turkey agreement has been successful in stemming migrant flows in recent years, but the EU's reluctance to take in migrants and refugees from Turkey and bureaucratic hurdles in transferring promised funds for migrants has led to sharp criticism from Turkish politicians.

Under the 2016 deal, the EU was to provide 6 billion euros ($6.9 billion) in financial assistance, while Turkey agreed to stop irregular migrants heading to Europe. But Turkey says less than half that amount has been provided.

Ankara also criticized its European partners for not fully implementing the 2016 agreement and for backing away from their political commitments, including negotiations on upgrading the customs union.

Ankara also warned that due to incessant attacks on civilians in Idlib, Syria, 1 million refugees were moving toward Turkey's borders.

Turkey has been a key transit point for asylum-seekers, refugees and migrants aiming to cross into Europe to start new lives, especially those fleeing war and persecution.

Turkey, which already hosts nearly 4 million Syrian refugees, more than any other country in the world, says it cannot absorb another wave.

Thousands of refugees and migrants have since flocked to Turkey's Edirne province – which borders Greece and Bulgaria – to make their way into Europe.

Some try river crossings to reach Greece, and others have been waiting for the Greeks to open the gates in a buffer zone between Turkey's Pazarkule and Greece's Kastanies border crossings.

The Greek reaction to the migrants and refugees has been harsh, including physical attacks and tear gas. Several have even been killed by Greek forces.

Turkey harshly criticized the abuse and said the EU seems to have lost its basic values of human rights. Ankara also condemned Greece’s decision to block any new asylum applications for one month, a move at odds with European law and the Geneva Convention. While the U.N. agency for refugees had said the Greek decision has no legal basis, the EU commission said it needs time to assess the situation.