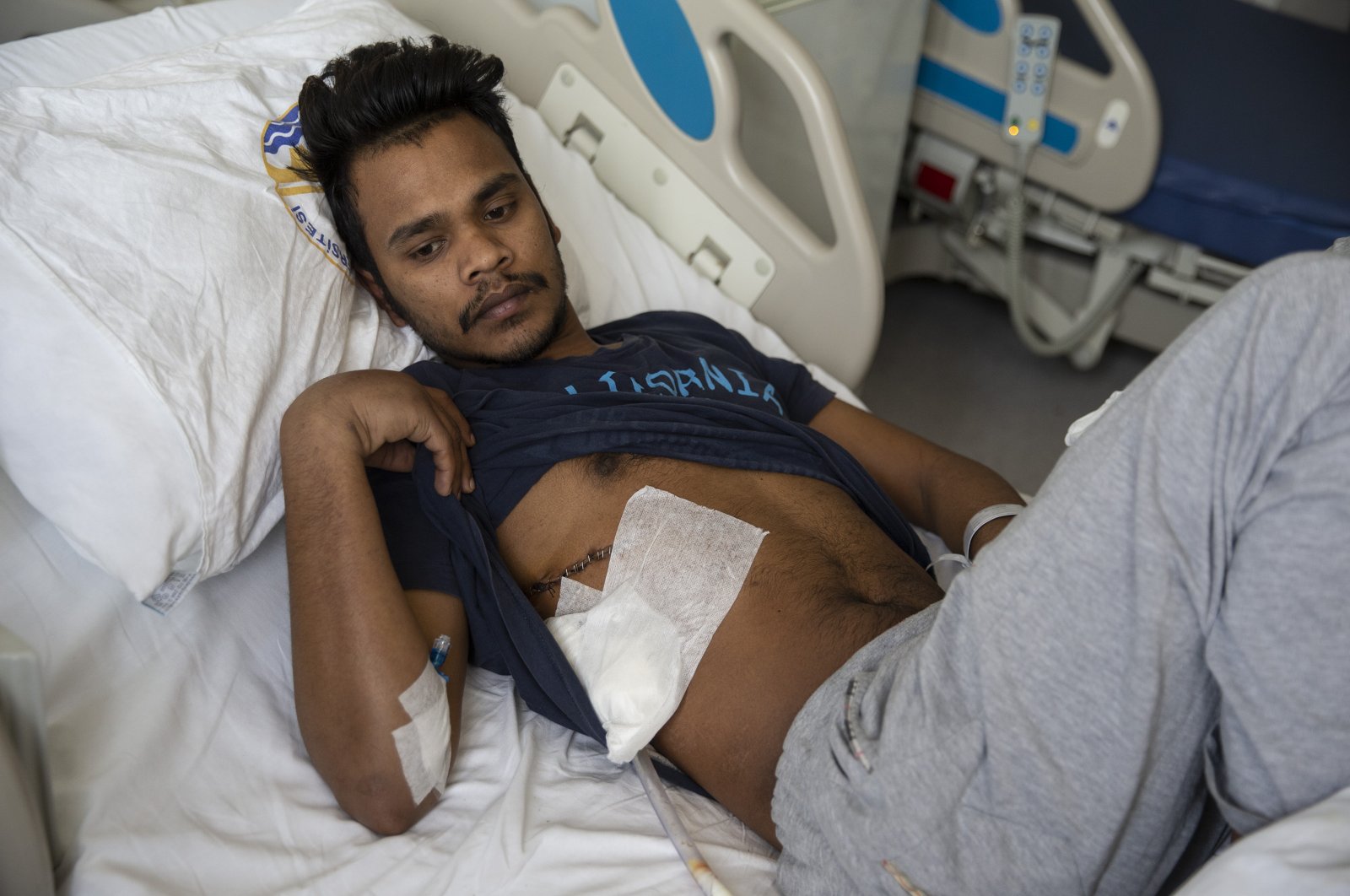 Mohammed Samim, a Bangladeshi migrant, is talking to reporters at a hospital in Turkish border province in Edirne, on Sat. March 7, 2020. (AA Photo)
by Daily Sabah with AA Mar 07, 2020 7:51 pm
RECOMMENDED

Migrants accused the Greek border force of assaulting them with firearms and forcibly sending them back to Turkey after crossing the border as the number of migrants receiving treatment at hospitals in Turkey's Edirne province – which borders Greece and Bulgaria – have risen significantly.

Alaeddin Nizami, who was sent back to Turkey by the Greek forces, told reporters Saturday that he was shot in his leg by Greek soldiers from a range of four meters.

The 26-year-old Afghan is now receiving treatment at the Trakya hospital. Among other migrants taken to Turkish hospitals were 25-year-old Bangladeshi Mohammed Samim and Pakistani Zishan Uman. The two also reported being assaulted by the Greek forces with firearms.

Ömer Süt, a Turkish doctor at Trakya University's Emergency Department, said the number of firearm injuries at the border has increased significantly in recent days. He added that many migrants continue to be treated in intensive care units.

A video circulated on Twitter Saturday showed a Greek soldier opening fire at migrants waiting at the border.

In a statement to the CNN International network, Altun responded to claims by Greek Prime Minister Kyriakos Mitsotakis that Ankara is "assisting" thousands of migrants on its border to get into Europe.

"We categorically reject Prime Minister Mitsotakis' allegations and we are deeply concerned about the ill-treatment of, and the use of lethal force against refugees by this country's law enforcement and border security agents," Altun said.