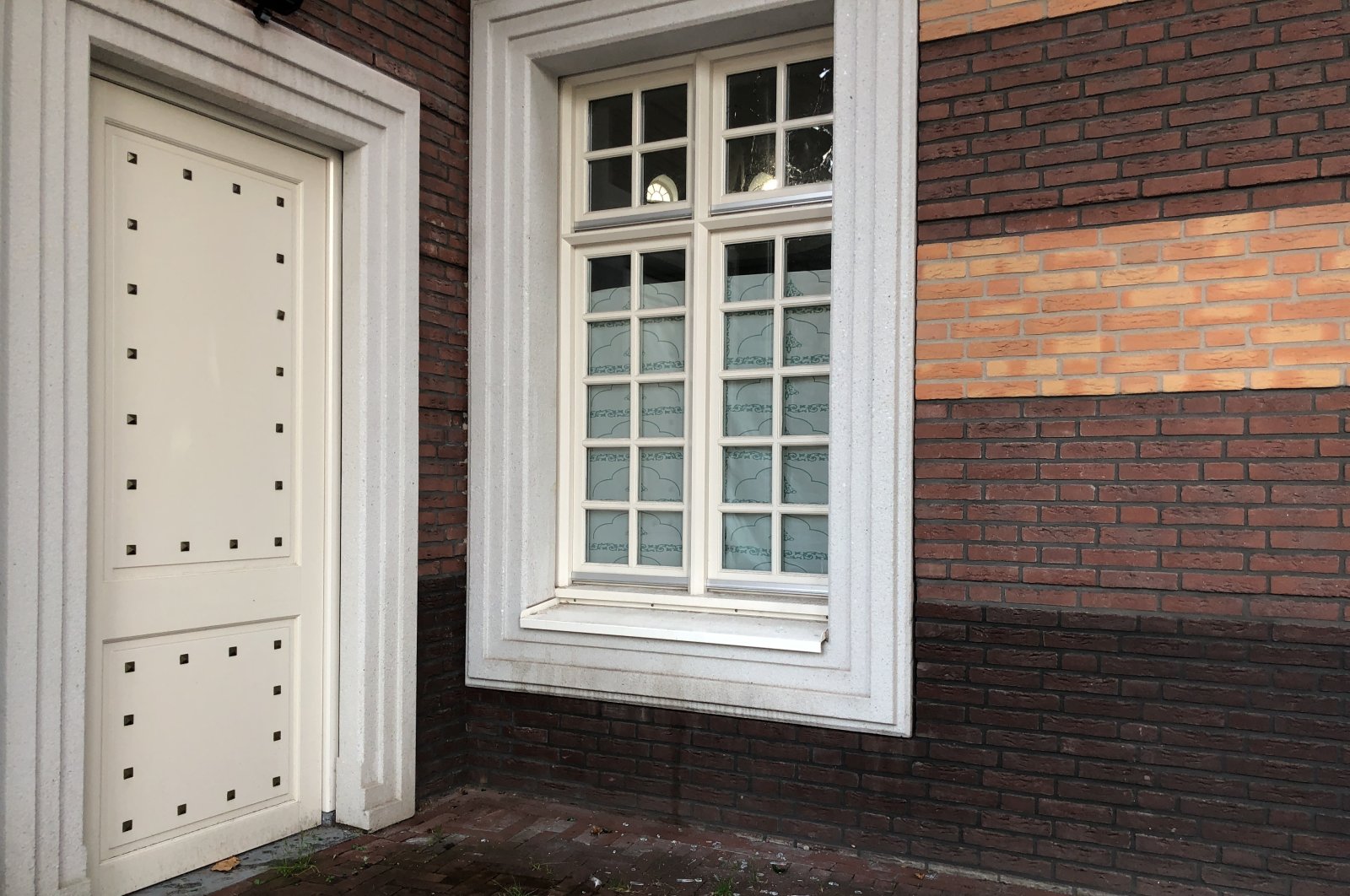 The windows of the Hagia Sophia Mosque in Amsterdam were broken with a beer bottle, Netherlands, July 5, 2021 (AA Photo)
by DAILY SABAH WITH AA Jul 06, 2021 9:11 am
RECOMMENDED

The Hagia Sophia Mosque in the Netherlands' Amsterdam was vandalized Sunday night for the second time since last year.

According to the National Vision Federation, the windows of the mosque, which is affiliated with the federation, were broken with a beer bottle.

Highlighting the increasing incidents of hate speech and racist attacks in the country, it said the mosque was attacked for the second time since late last year.

In December 2020, a masked assailant threw rocks at the windows of the mosque shortly after the evening prayers and escaped under the cover of darkness.

The statement called on security forces and the country's administration to oppose such racist attacks without discrimination and to take the necessary precautions.

"We expect security forces and politicians to take deterrent measures against such attacks," Gazi Cırık, chairperson of the board of the Hagia Sophia Mosque Foundation, told Anadolu Agency (AA).

Noting that they shared footage of the latest attack with the police, Cırık said they will feel safe as a community once the attacker is caught.

Mosques have endured dozens of defilements in recent years in the Netherlands, and the extent of the attacks vary. While some perpetrators have used Molotov cocktails or other explosives, many others have spray-painted symbols of terror or racist slurs on mosques.

As mostly far-right individuals and members of the PKK terrorist group are responsible for the violence against their communities, Muslims in the country have demanded better security measures from the government.