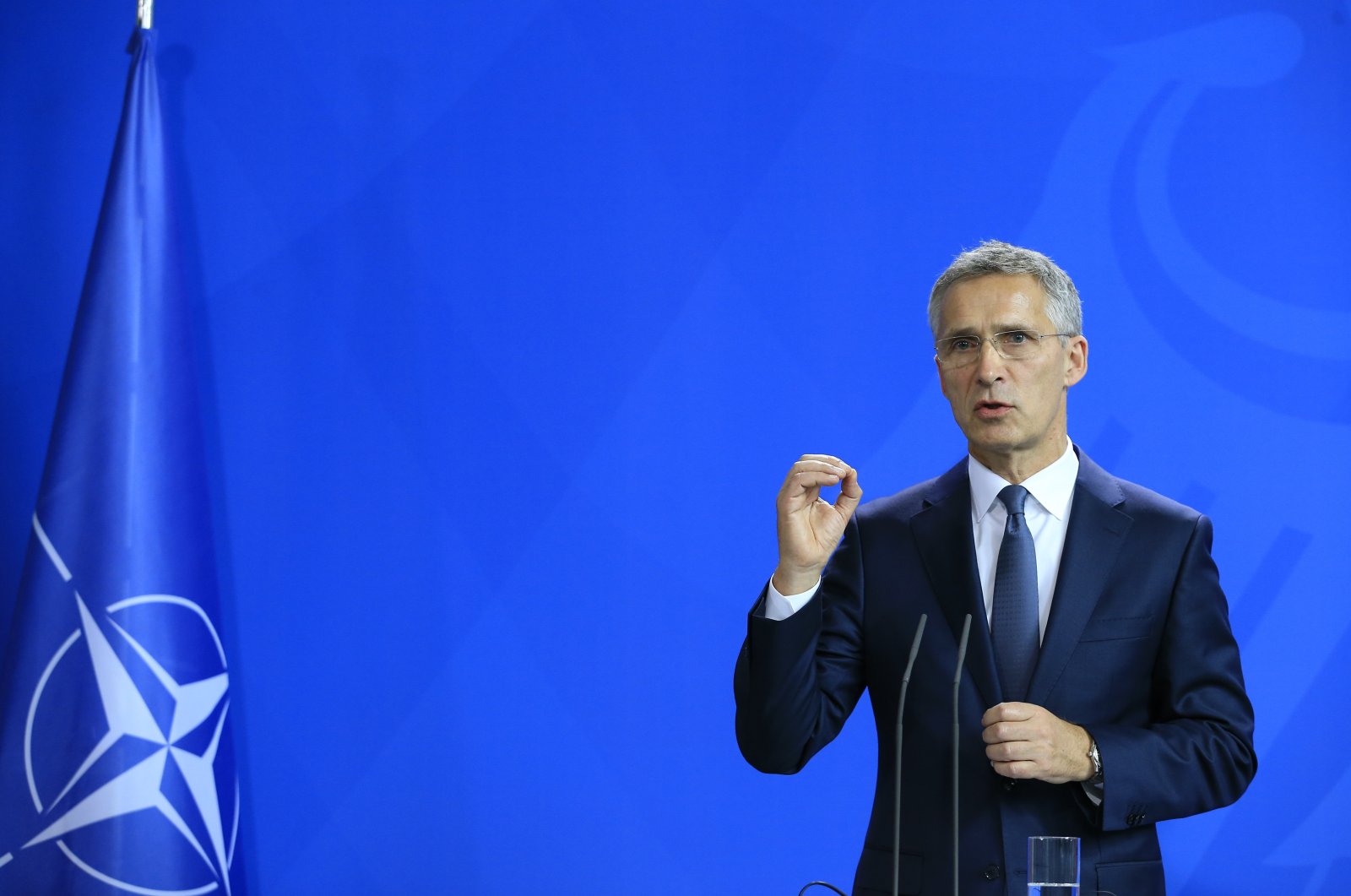 As deconfliction talks in Brussels continue between the two Mediterranean countries, NATO voices optimism for Athens and Ankara to resolve their main disputes in the region

NATO-led technical talks between Turkish and Greek military delegations continued at the sixth meeting Tuesday afternoon at NATO headquarters in Brussels to discuss the Eastern Mediterranean, according to the Turkish Defense Ministry.

Coming after months of disputes over hydrocarbon exploration activities and maritime zones in the region, expectations from the series of meeting are high since these will play a role in the relations of both countries and the stability of the region.

The talks can help resolve the underlying problems between the two allies, the alliance's top official said Monday. Speaking at an online event about climate change, NATO Secretary-General Jens Stoltenberg responded to a question on tensions in the Eastern Mediterranean between Turkey and Greece.

Stoltenberg said NATO was concerned about the rising tensions between the two NATO members, adding that the alliance had taken initiatives "to bring together two highly valued allies, Greece and Turkey, to let them sit together and see how we can develop what we call military deconfliction mechanisms."

"This is about how to make sure that ships and planes keep a necessary distance and behave responsibly so that we can prevent and avoid incidents or accidents. And there are always risks with that, when you have so many ships in the same place and around the same territory, as we have seen in the Eastern Mediterranean," he said.

Warships belonging to the two neighbors collided on Aug. 12 during the standoff in the energy-rich region, and Turkey has since recalled its seismic research vessel, Oruç Reis, to allow for diplomacy. Ankara and Athens have agreed to resume talks over their contested maritime claims.

"Hopefully, if we can find a solution, establish these mechanisms, then that can help to support the German-led efforts to facilitate talks on the underlying main problem," Stoltenberg said.

"So, there is ongoing work here at NATO. Deconfliction is important in itself. It reduces risks and the likelihood of incidents and accidents. And hopefully, it can also support the efforts of Germany to address the underlying main problem," he added.

The two Mediterranean countries recently agreed to hold exploratory talks. The talks will be the 61st of their kind, to try to come up with fair, sustainable and inclusive solutions to problems in the Eastern Mediterranean, since March 12, 2002.

U.S. Secretary of State Mike Pompeo on Tuesday reiterated support for talks between Turkey and Greece during his visit to a U.S. naval base at Souda Bay on the southern Greek island of Crete, after meeting Greece's prime minister on the second day of his trip to the country. He said Russia is a destabilizing force in the Eastern Mediterranean.

"I spoke with Secretary-General Stoltenberg just two days ago on the progress being made at NATO. And we hope that these talks can continue in a serious way," Pompeo said.

Mitsotakis for his part underlined that the Eastern Mediterranean is a key region for global stability and said: "I was pleased to see that Mr. Pompeo shares our positions, understanding that tension between two members of NATO ultimately is not in anyone’s interest."

The top diplomat began his five-day regional tour in the northern Greek city of Thessaloniki, where he met with Greek Foreign Minister Nikos Dendias and discussed issues including recent developments in the region.

The U.S. and Greece “reiterated their dedication to enhancing their close cooperation as NATO allies, using all appropriate means at their disposal, to safeguard stability and security in the wider region,” the two countries said in a joint statement after the meeting in Thessaloniki.

"We've said all along the way conflict can be resolved is not through shows of force, not through demonstrations of power but dialogue – through international systems, agreements, conversations, dialogue. That's how these maritime disputes ought to be resolved," Pompeo said during an interview with Greece's Athens News Agency.

"We hope the exploratory talks not only get kicked off right, but it's important that they're resolved in a way that delivers outcomes that each of the two nations finds more than acceptable," he added.

Amid the tension with Turkey, Greece has announced major arms purchases, including fighter jets from France, as well as warships, helicopters and weapons systems.