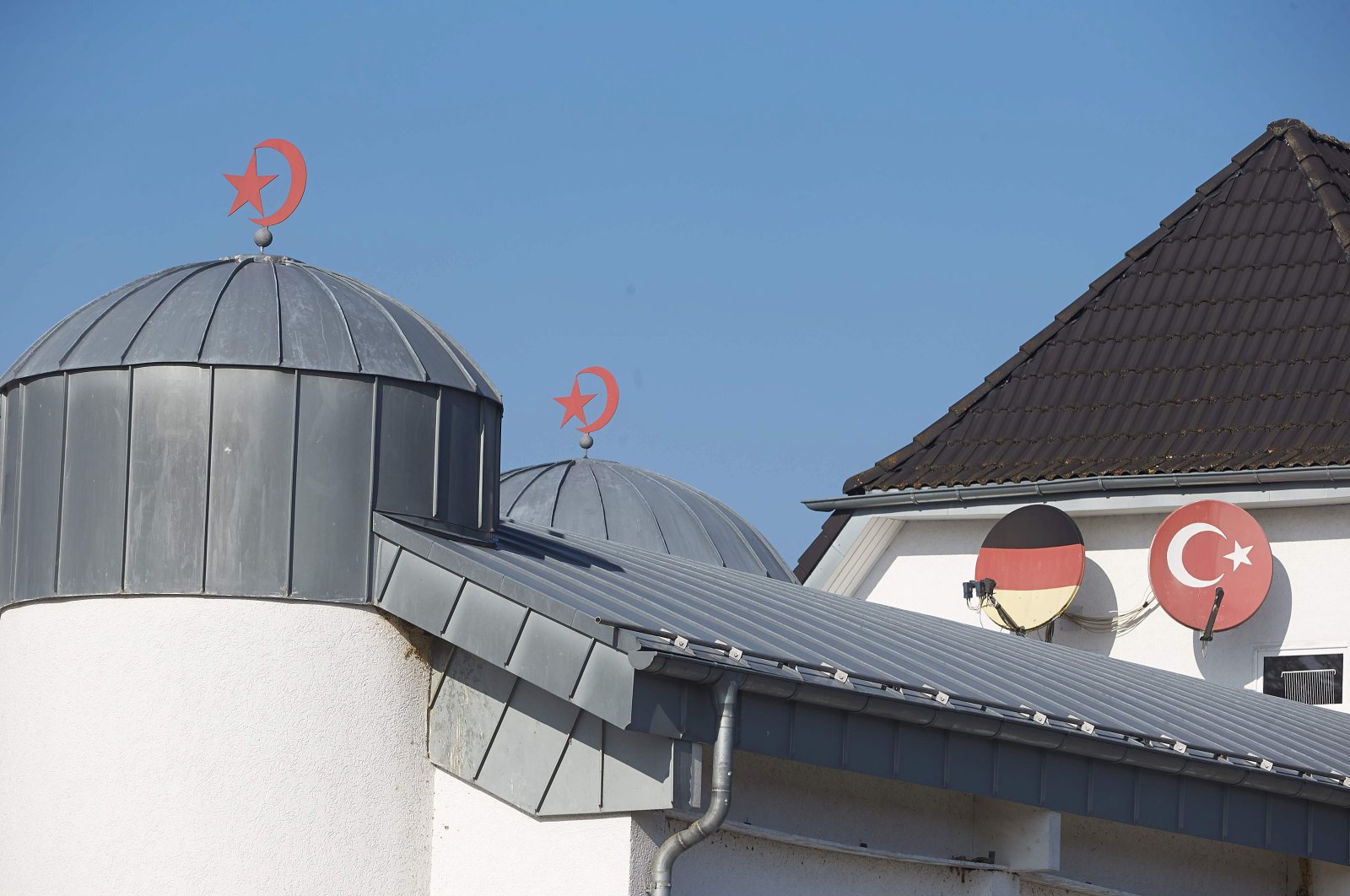 Supporters of the PKK terrorist group wrote pro-PKK slogans on the walls of a mosque run by the Turkish-Islamic Union for Religious Affairs (DITIB) in Germany.

The Eitorf Central Mosque located in the Rhein-Sieg district of North Rhine-Westphalia was attacked by PKK supporters on Wednesday night, who vandalized the walls of the mosque.

DITIB Eitorf Central Mosque Association Chair Irfan Saral said that they informed the police immediately after noticing the pro-PKK slogans on the walls and an investigation has been launched by the authorities.

Saral added that they expressed their expectations for the perpetrators to be caught soon and held responsible for their attack.

Attacks on mosques are becoming more and more frequent in Germany. In 2019, 184 attacks on mosques were recorded in Germany – occurring on average every other day. Most recently, on Saturday night, two unidentified people placed a pig's head on the door of the DITIB's Fatih Mosque in the southern Germany city of Vaihingen.

The PKK, which is listed as a terrorist organization by Turkey, the U.S. and the European Union, has waged a terror campaign against Turkey for more than 35 years and has been responsible for the deaths of nearly 40,000 people, including women and children.

Cologne-based DITIB is one of the largest Islamic organizations in Germany. It was founded in 1984 as a branch of the Presidency of Religious Affairs (Diyanet), Turkey's top religious body.

The DITIB currently runs 857 mosques in Germany with nearly 1,100 imams. Most of these imams are appointed from Turkey by Diyanet and eventually return to Turkey after serving for four years in Germany.

For many years, the DITIB was a partner in many government-supported counter-extremism and integration projects. In September 2018, the German domestic intelligence agency, BfV, reportedly decided to scrutinize the activities of the DITIB and question whether to put the organization under official surveillance or not.