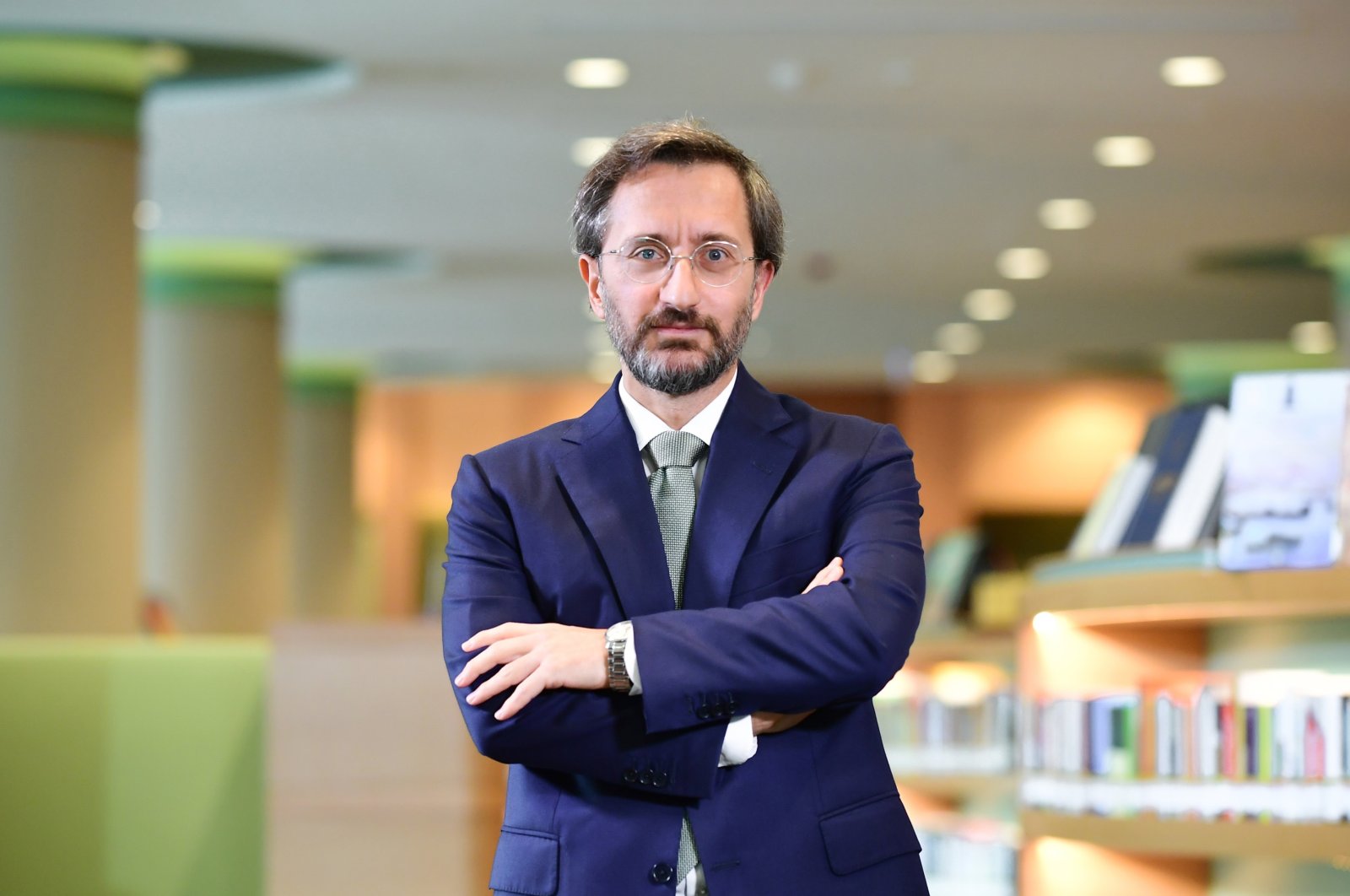 "We have no such expectation" of sanctions being imposed, Fahrettin Altun told news channel CNN Turk.

"Such a step would be one of the most irrational steps in the history of international relations. Europe's security begins in Turkey. Strong European-Turkey relations help European countries as much as they do Turkey," Altun said.

He added that Turkey is a chance for Europe with its position, opportunities, and capabilities and so Europe should appreciate it.

At a European Council meeting next Thursday and Friday – postponed from this week due to the coronavirus scare, the EU may consider sanctions over the Eastern Mediterranean issue.

Greece has sought EU support in disputing Turkey's energy exploration, trying to box in Turkish maritime territory based on small islands near the Turkish coast.

There has been increased friction between Turkey and its Eastern Mediterranean neighbors, Greece and the Greek Cypriot administration, over offshore energy explorations rights in the past few months.

Turkey, the country with the longest coastline on the Eastern Mediterranean, has sent drillships with a military escort to explore for energy on its continental shelf, saying that Turkey and the Turkish Republic of Northern Cyprus (TRNC) also have rights in the region. But the tone has recently softened between Ankara and Athens, with the two agreeing Tuesday to begin exploratory talks on their dispute.

The two countries have also engaged in NATO-led talks to discuss deconfliction mechanisms in the Eastern Mediterranean. The fifth round of talks took place at the beginning of the month while the next is expected to be held this week. The talks aim to reduce the risk of incidents and accidents in the region.

Turkey has a strong democratic culture and showed this to the whole world in the defeated coup of July 15, 2016, he added.

Pelosi's remarks can also be seen as an attempt to interfere with relations between the two countries, he said.

Washington’s failure to respect Turkey’s legitimate security concerns on several issues, including the YPG/PKK and the FETÖ has caused irreparable damage to the relations between the two countries.

In response to U.S. President Donald Trump refusing to commit to a peaceful transition of power if he loses the Nov. 3 presidential elections, Pelosi said: "We do know who he admires. He admires (Russian President Vladimir) Putin, he admires Kim Jong Un, he admires (President Recep Tayyip) Erdoğan in Turkey."

“@SpeakerPelosi’s rise to become Speaker of the House is what is truly worrisome for American democracy, given her blatant ignorance. You will learn to respect the Turkish people’s will,” Çavuşoğlu said in a tweet.

Last month, Joe Biden made headlines and came under fire in Turkey after a video clip went viral in which the former vice president said he would seek a regime change in Turkey and expressed his willingness to work with the "opposition leadership" in the country to topple Erdoğan in Turkey’s 2023 elections.

Turkish officials quickly condemned Biden’s remarks, as Çavuşoğlu had said he “crossed the line” and only Turkey can decide who its leaders will be, through democratic and transparent elections.