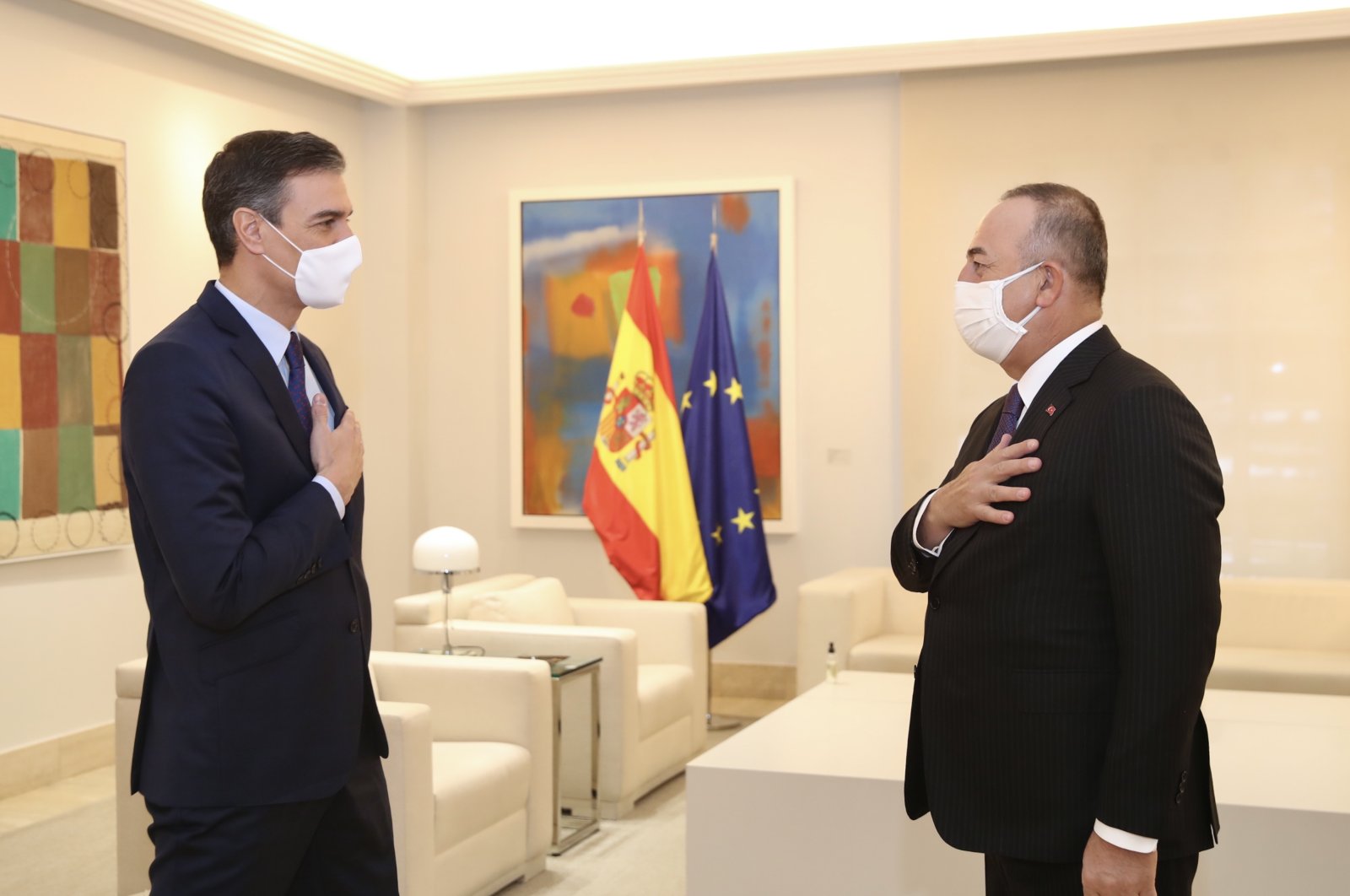 “Turkey appreciates Spain’s constructive stance within the EU that highlights dialogue and negotiations in problems with some EU members regarding Turkey’s maritime zones within the scope of international law and the preservation of Turkish Cypriots’ equal rights,” Çavuşoğlu wrote in an article in the Spanish daily La Razon titled “Spain and Turkey: Mediterranean allies and partners.”

“Turkey and Spain act in close cooperation in a multipolar system during a time when the world undergoes deep-rooted changes,” he said. "Within this scope, they work toward rendering the Mediterranean a sea of peace, security and solidarity."

Turkey, which has the longest continental coastline in the Eastern Mediterranean, has rejected the maritime boundary claims made by Greece and the Greek Cypriot administration, stressing that these excessive claims violate the sovereign rights of both Turkey and the Turkish Cypriots.

Ankara last year sent drillships to explore for energy resources in the Eastern Mediterranean, asserting its own rights in the region, as well as those of the Turkish Republic of Northern Cyprus (TRNC).

Turkish leaders have repeatedly stressed that Ankara is in favor of resolving all outstanding problems in the region through international law, good neighborly relations, dialogue and negotiation. However, EU leaders during a meeting in Brussels on Dec. 10 decided to draw up a list of Turkish targets to sanction over what they described as Ankara's "unilateral actions and provocations" in the Eastern Mediterranean.

On the other hand, Turkey’s top diplomat also touched upon the coronavirus pandemic’s effect on increasing terrorism, ethnic and religious hatred, xenophobia and Islamophobia.

“We sadly follow how some western governments remain silent in the face of such incidents for the sake of votes while even adopting far-right discourses,” he said.

Çavuşoğlu also pointed to the fact that “the fight against illegal immigration, which has become a global issue, is among our common challenges with Spain.”

He noted that Turkey has lent a helping hand to 3.6 million Syrians that had to flee the destruction in their country and is the country hosting the highest number of refugees in the world.

Turkey and the EU signed an agreement on March 18, 2016, to stem the influx of refugees to Europe. Turkey has been the main route for refugees trying to cross into Europe since the beginning of the civil war in Syria. With the agreement, irregular arrivals decreased by a large extent, saving the lives of many of those who would have attempted the treacherous journey by sea.

According to the deal, Turkey was promised 6 billion euros in financial aid, which was initially designed to be given to the country in two stages and to be used by the Turkish government to finance projects for Syrian migrants. Visa freedom for Turkish citizens was also a perk of the agreement. In addition, the customs union between Turkey and the EU was to be updated.

“It is pleasing to see that Spain, which is among the leading countries supporting Turkey’s EU membership process, is aware of Turkey’s strategic and global key role as well as the contribution it would make to the EU in the fields of security, migration, economic dynamism and young population,” Çavuşoğlu concluded.