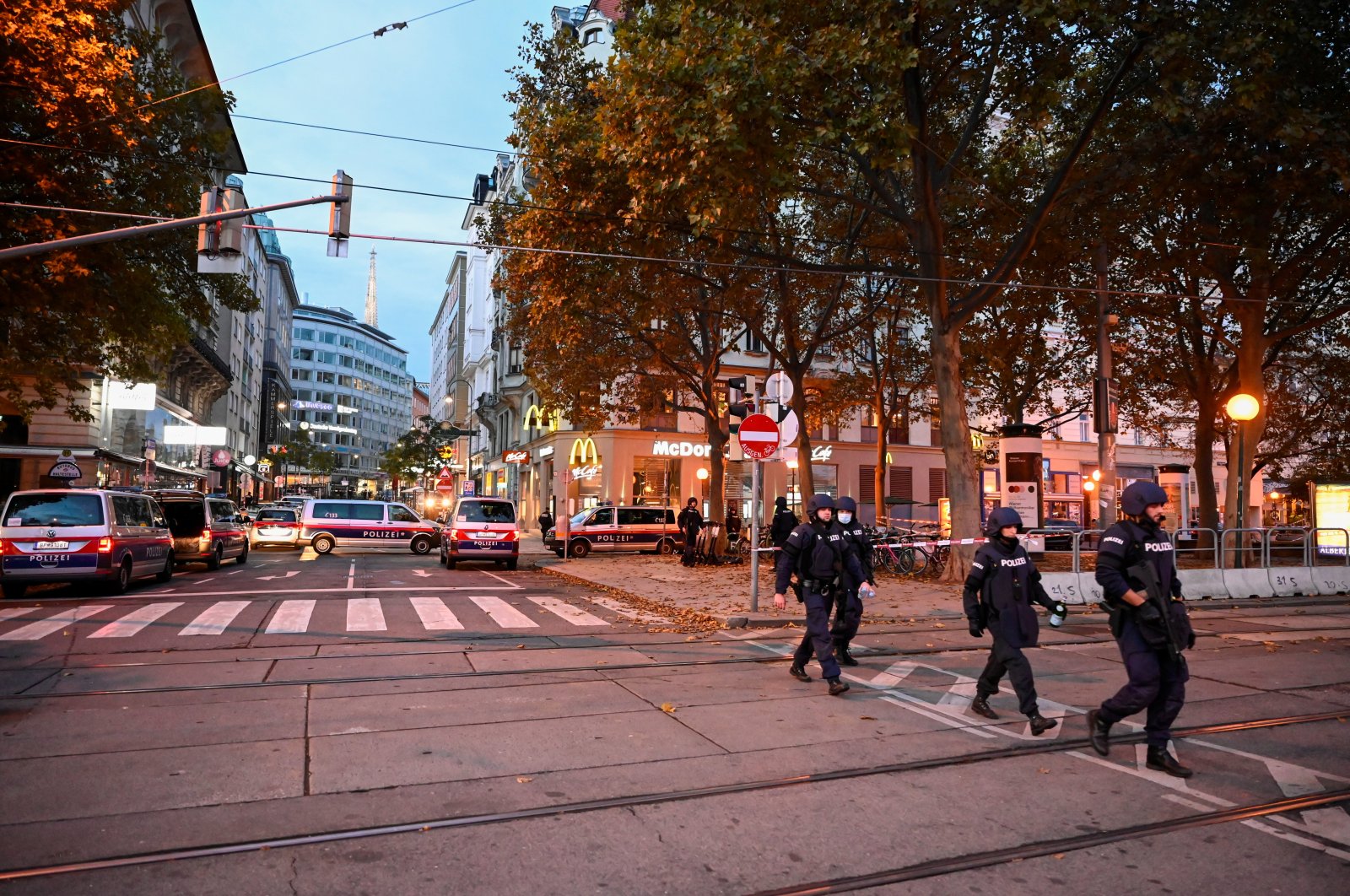 Turkish officials strongly condemned the terrorist attack that killed five people – including the attacker – and injured 17 others in the Austrian capital Vienna on Monday. The shocked nation began three days of mourning as the international support poured in for Austria, including widespread condemnation from the Muslim world.

"Terrorism is the common enemy of all humanity. Sincere international cooperation is required against this scourge," Turkish Foreign Minister Mevlüt Çavuşoğlu said on Twitter on Tuesday.

Çavuşoğlu spoke with his Austrian counterpart on the phone and extended his condolences to the Austrian people, the Foreign Ministry said on Tuesday.

In a news conference, later on, the foreign minister also said Turkey was one of the first countries to condemn the terrorist attack.

"In the face of the developments that require solidarity, we are willing for cooperation. We need to get to the roots of terrorist organizations that abuse Islam. No reason can legitimize terror attacks," Çavuşoğlu said, noting that two Turkish citizens responded to the attack in Vienna last night and one of them was wounded.

"We are saddened to receive the news that there are dead and wounded as a result of the terrorist attack that took place in Vienna," Turkey's Foreign Ministry said in a previous statement.

"We strongly condemn this attack, extend our condolences to the families of those who lost their lives and wish a speedy recovery to the wounded," it said. "As a country that has been fighting against all sorts of terrorism for decades, Turkey stands in solidarity with the Austrian people."

The suspected terrorist attack involved multiple gunmen, as a manhunt was underway for other possible suspects. The 20-year-old gunman shot dead in the Vienna attacks on Monday was armed with an assault rifle and was wearing a fake explosive belt. He was born and raised in the city and was known to domestic intelligence because he was one of 90 Austrian who wanted to travel to Syria, a newspaper editor said on Tuesday. Kurtin S. had "Albanian roots," but his parents were originally from North Macedonia, the editor of the weekly Falter newspaper Florian Klenk said on Twitter, without giving details of the source for that information. Police thought he was not capable of planning an attack in Vienna, Klenk added.

Some 1,000 police officers have been deployed across Vienna in the wake of the shootings, which began late Monday outside the city's main synagogue. Police said there were "suspects armed with rifles in six different locations" across the city.

Turkish Presidential Spokesperson Ibrahim Kalın also condemned the attack and expressed solidarity with Austria. "We strongly condemn the terrorist attack in Vienna. We express our condolences for those who lost their lives in this cowardly attack and wish a quick recovery for the injured. We stand in solidarity with Austria. We will continue to fight against all forms of terrorism," Kalın wrote on Twitter.

Turkish Parliament Speaker Mustafa Şentop also condemned the deadly attack. "Every act of violence targeting civilians, regardless of its agent, victim, reason and purpose, is terrorism and a crime against humanity," Şentop said on Twitter. "Global cooperation against terrorism has become an indispensable obligation," he stressed.

The ruling Justice and Development Party (AK Party) Group Deputy Chairperson Numan Kurtulmuş condemned the attack as he extended his condolences for the people who lost their lives. “Terrorism is a crime against humanity regardless of its religion, language or nation,” Kurtulmuş said on Twitter. He noted that terrorism aims to divide people of different faiths and spread anti-Muslim hatred.

Palestinians also condemned the Vienna attack. In a statement, the Palestinian Foreign Ministry expressed its "deep sympathy and solidarity with the families of the victims." "We (Palestine) are confident that Austria is able to confront these heinous criminals, terrorist acts and defeat them," the ministry said.