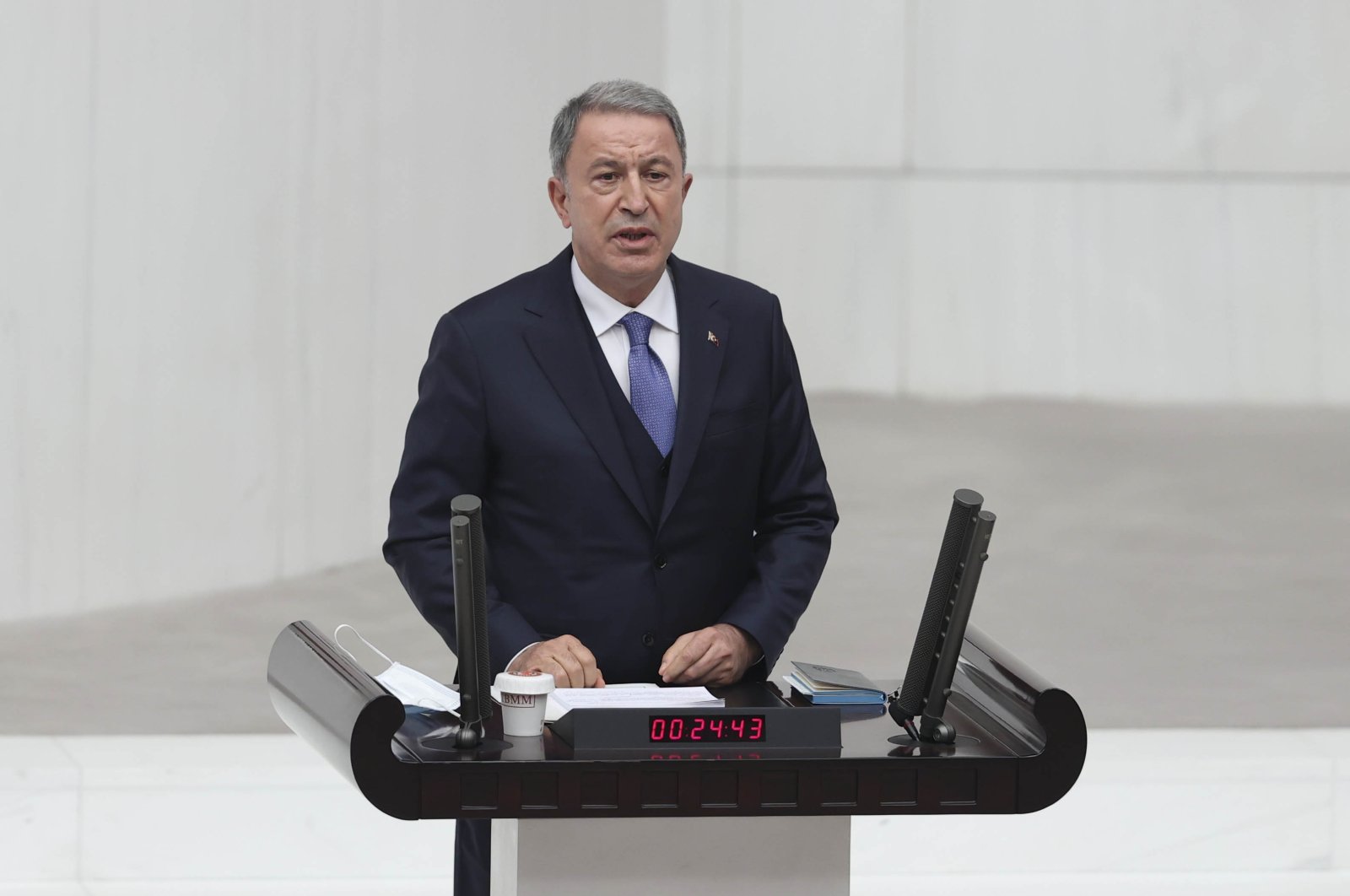 Turkey is ready to discuss all issues with Greece without any preconditions because Ankara has the confidence and believes it is on the right side, Defense Minister Hulusi Akar said Wednesday.

Speaking during a budget session at the Turkish Parliament, Akar said Greece is the country that wants to escalate tensions in the Mediterranean and it has consistently ignored Turkey's calls for dialogue.

"We, on the other hand, have continued to support the exploratory and confidence-building meetings and additional initiatives taken by the NATO Secretary-General from the very beginning," he said.

Turkey, which has the longest continental coastline in the Eastern Mediterranean, has rejected maritime boundary claims made by Greece and the Greek Cypriot administration and stressed that these excessive claims violate the sovereign rights of both Turkey and the Turkish Cypriots.

Ankara has sent several drillships in recent months to explore hydrocarbon resources in the Eastern Mediterranean, asserting its rights in the region as well as those of the Turkish Republic of Northern Cyprus (TRNC).

"The S-400 procurement process is being followed by taking into account the political, military, economic and technological dimensions," Akar told lawmakers.