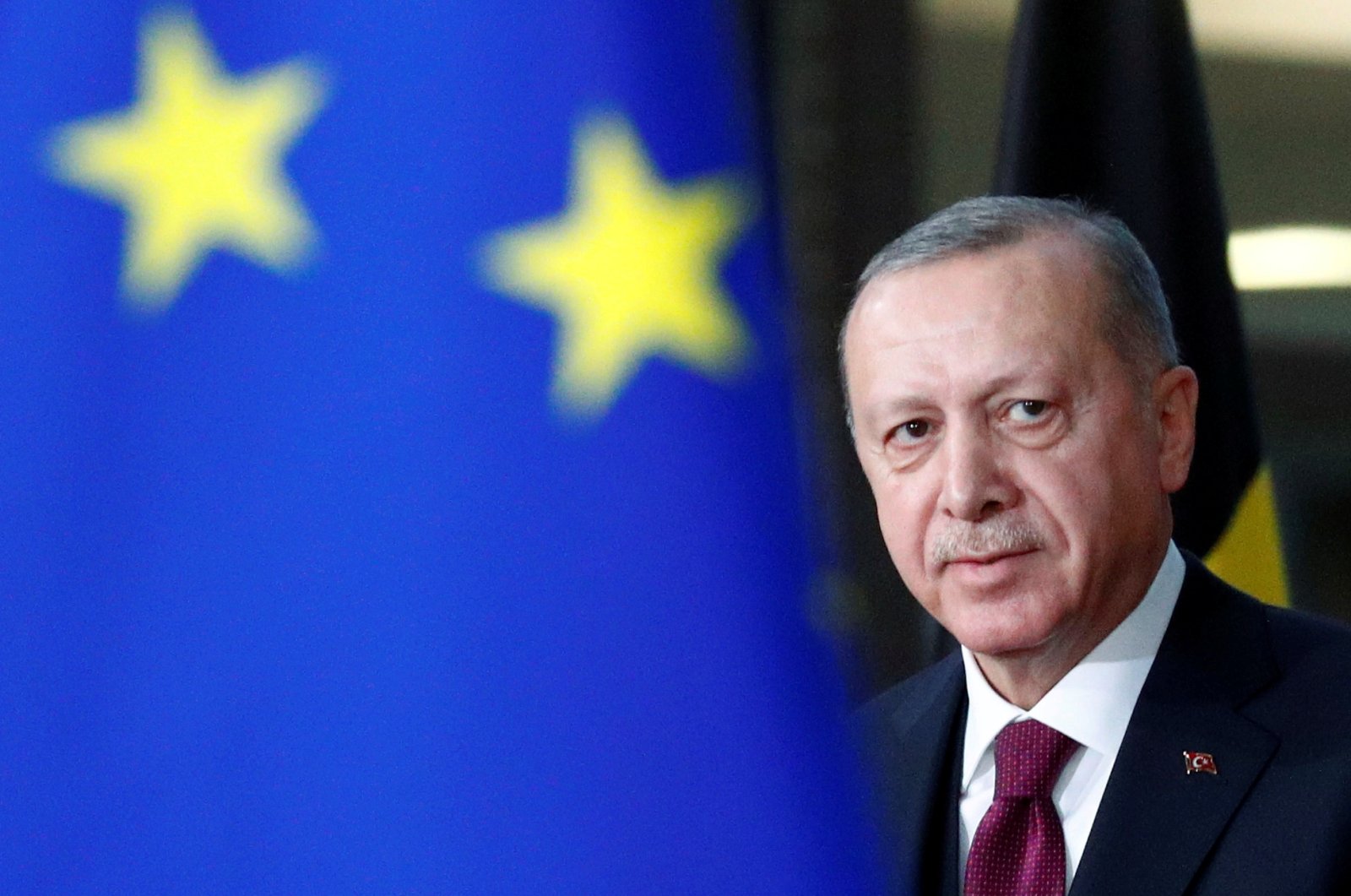 Turkey hopes to turn a "new page" with the European Union and wants to build its future with the bloc, President Recep Tayyip Erdoğan said late Tuesday in the highest-level contact with a European official since Brussels decided on sanctions last week.

"While Turkey hopes to turn a new page with the EU, some ceaselessly try to provoke crises," Erdoğan told European Council President Charles Michel in a telephone call, according to a statement from the Turkish Presidency.

Erdoğan called for rescuing Turkish-European relations from "this vicious circle," adding that he hoped to "start again" in talks with the EU "on a basis of mutual interests."

The president said the 2016 deal aimed at curbing migration through Turkey to Europe in return for billions of euros in funds could be a starting point for creating a more "positive" climate.

"We hope that the EU can adopt a constructive attitude and common sense toward Turkey," Erdoğan said.

As part of the deal, Turkey took responsibility for discouraging migration through the Aegean Sea by taking stricter measures against human traffickers and improving the conditions of Syrian migrants living in Turkey. Despite significant developments controlling migration traffic, the EU has not delivered on its commitments stated in the deal, Ankara says. Turkey currently hosts some 3.6 million Syrian migrants, more than any other country in the world, and spent $40 billion through the process, according to official figures.

Turkey reiterated its readiness for exploratory talks with Greece, the president also said, adding that the Greek side has constantly avoided negotiations by making excuses and has taken provocative steps in recent weeks.

At a summit on Friday, EU leaders agreed to prepare limited sanctions on Turkish individuals over a row with bloc members Greece and the Greek Cypriot administration over hydrocarbon exploration in the Eastern Mediterranean but postponed discussions on any harsher steps until March.

The declaration, issued following the conclusion of a two-day summit on Dec. 11, reiterated the EU's commitment to "defending its interests and those of its member states as well as to upholding regional stability."