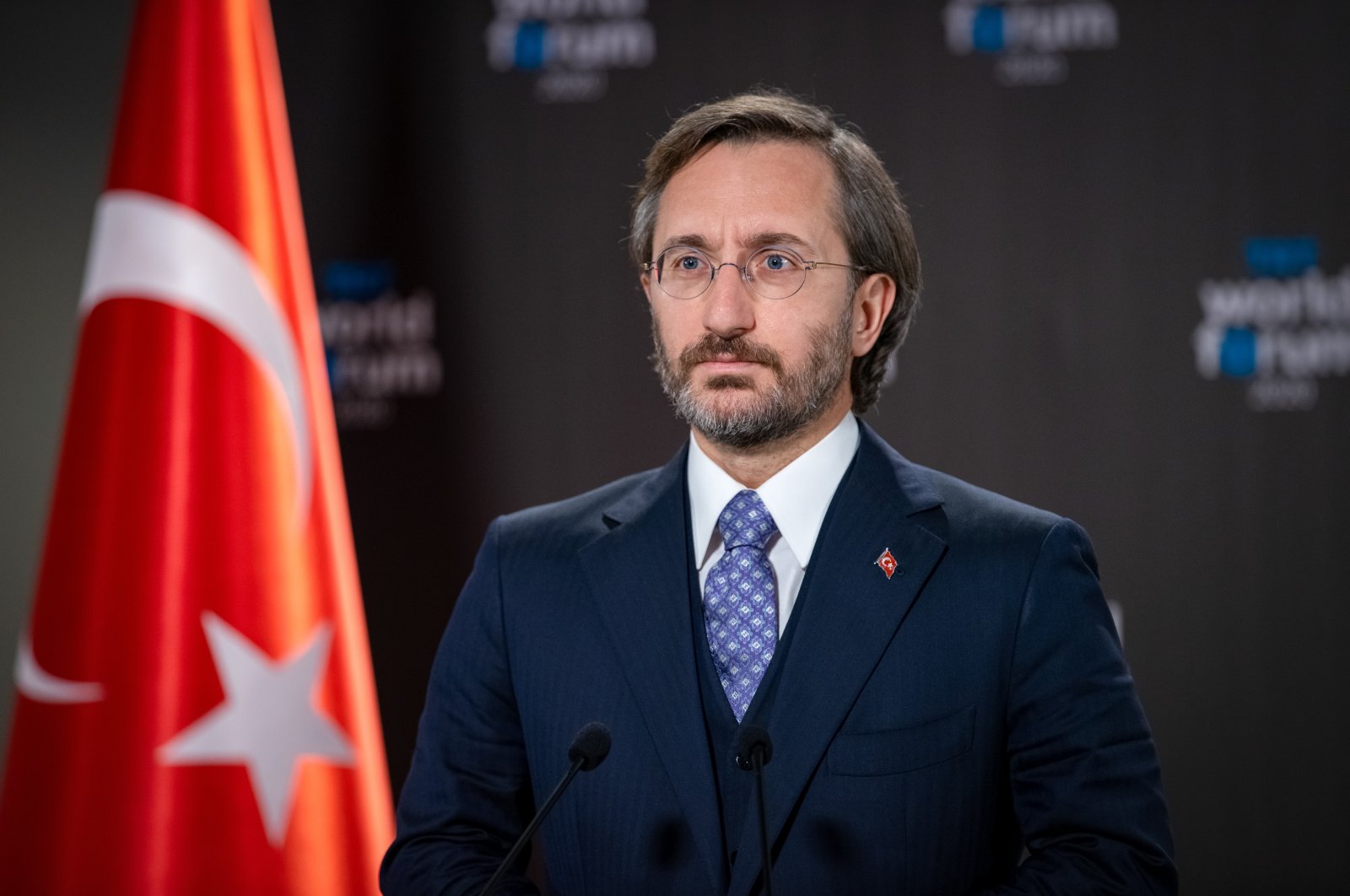 Turkey and the European Union’s cooperation and collaboration are key to countering the message of hate and discrimination in Europe, Turkey’s Communications Director Fahrettin Altun said Tuesday.

“We desire and pursue a closer relationship with the European Union. Our cooperation and collaboration are key to countering the message of hate and discrimination in Europe,” Altun said speaking at the TRT World Forum organized by Turkey's English-language public broadcaster.

“The only way the bloc can prove it has no problem with the world’s Muslims is being respectful toward Turkey,” he stated, adding that the idea that Ankara must make concessions to Brussels to gain its amity is unjust.

“We tell our European interlocutors that dialogue is the only element that will further our relations,” Altun said.

Reports of anti-Muslim hatred-related incidents have sent shockwaves across Europe.

A recent study by professor Tobias Singelnstein of Ruhr-University Bochum revealed that there is a structural problem among the German police, with reports of racist, Islamophobic and anti-Semitic insults, confirmed by police officers and victim testimonies.

Islamophobia is deepening in Europe with the populist discourses and policies of politicians like French President Emmanuel Macron and Austrian Prime Minister Sebastian Kurz. The two have adopted the arguments of the far-right and implemented laws that restrict the fundamental rights of Muslims.

Islamophobia in France has become violent, as was exhibited in an incident where police treated four Muslim children, three of them Turkish, as terrorists, detaining the 12-year-old schoolchildren for 11 hours and opening an investigation into them over suspicions of "terrorist" propaganda. France has the largest Muslim minority in Western Europe, totaling around 5 million.

Altun also touched upon Turkey’s relations with the U.S., which were strained due to a range of disagreements. Issues, including Washington’s support for terrorists in Syria, the S-400 missiles and the extradition of Fetullah Gülen, the mastermind of the July 15, 2016, coup attempt orchestrated by the Gülenist Terror Group (FETÖ), have led to mounting tensions between the two partners.

“Unfortunately, Turkey, a NATO ally, has seen unprecedented hostile treatment by Washington in recent years. Our determined and unshakable fight against terrorists, call them PKK or Daesh, has been contorted in an incomprehensible way,” Altun continued, saying that U.S. foreign policy has come to a point where it does not even serve U.S. interests.

“It is our sincere hope that the United States, under its new administration, will repair its strained relationship with its traditional allies and show due respect to their vital interests,” Altun said.

“As humanity becomes less dependent on any single nation for political leadership and economic growth, we must build a new order that looks out for everyone’s rights and interests.”

The communications director also underlined that international cooperation and solidarity must be furthered as the world enters a new period.

“Since the COVID-19 pandemic affected all aspects of life, we must augment our efforts to combat disinformation and hatred with complementary steps in other areas – including foreign policy,” he said.

“From the United States and Europe to Africa and Asia, we answered the call of our friends and allies. The Turkish people shared surgical masks and ventilators and personal protective equipment with fellow humans around the world,” Altun highlighted.

Turkey distinguished itself in medical aid to the world as requests from 156 countries were met in the form of donations or purchases.