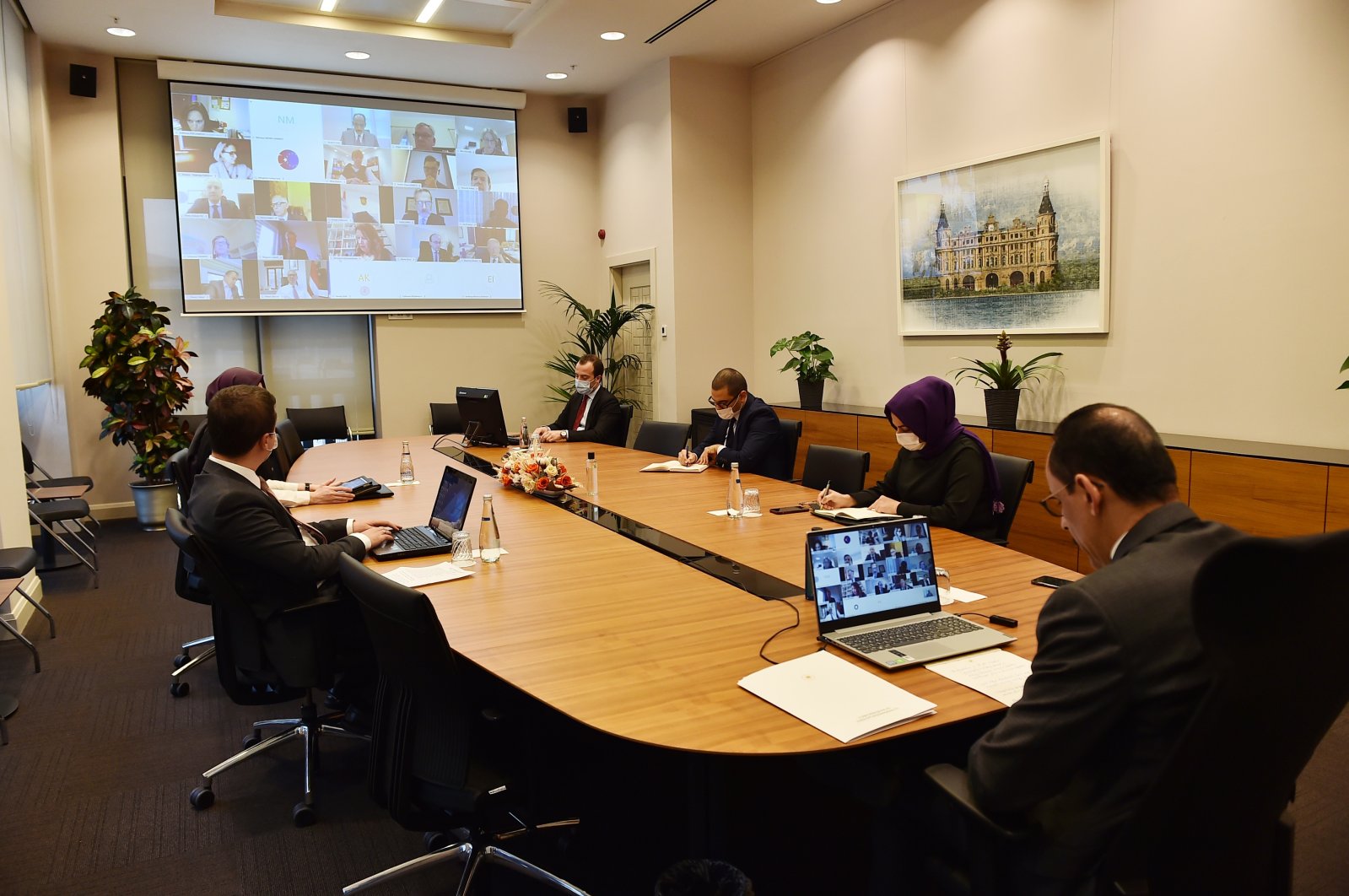 Turkey’s presidential spokesperson held an online meeting Wednesday with the envoys of member countries in the European Union.

According to a statement by Ibrahim Kalın's office, Turkish-EU ties, regional developments and the fight against terrorism were among the issues discussed in the meeting.

In a detailed assessment of the current situation of relations, Kalın remarked that Turkey and the EU should act in solidarity and cooperation against the challenges brought by regional crises and in crucial problems including terrorism, immigration, Islamophobia, xenophobia and racism.

He also called on the EU to open new chapters in Turkey's accession negotiations into the bloc, as well as to take action in updating the Customs Union agreement and a visa-free travel arrangement for Turkish nationals to the EU.

Amid recent tensions in the Eastern Mediterranean, Greece and the Greek Cypriot administration have upped their pressure on other EU members to impose sanctions on Turkey.

To date, the EU’s current term president, Germany, and most EU members have been reluctant to take such action.

Ankara has rejected the maritime boundary claims of Greece and the Greek Cypriot administration, stressing that these excessive claims violate the sovereign rights of both Turkey and the Turkish Republic of Northern Cyprus (TRNC).

Turkey has sent seismic research ships in recent months to explore for energy resources in the Eastern Mediterranean, asserting its own rights in the region, as well as those of the TRNC.