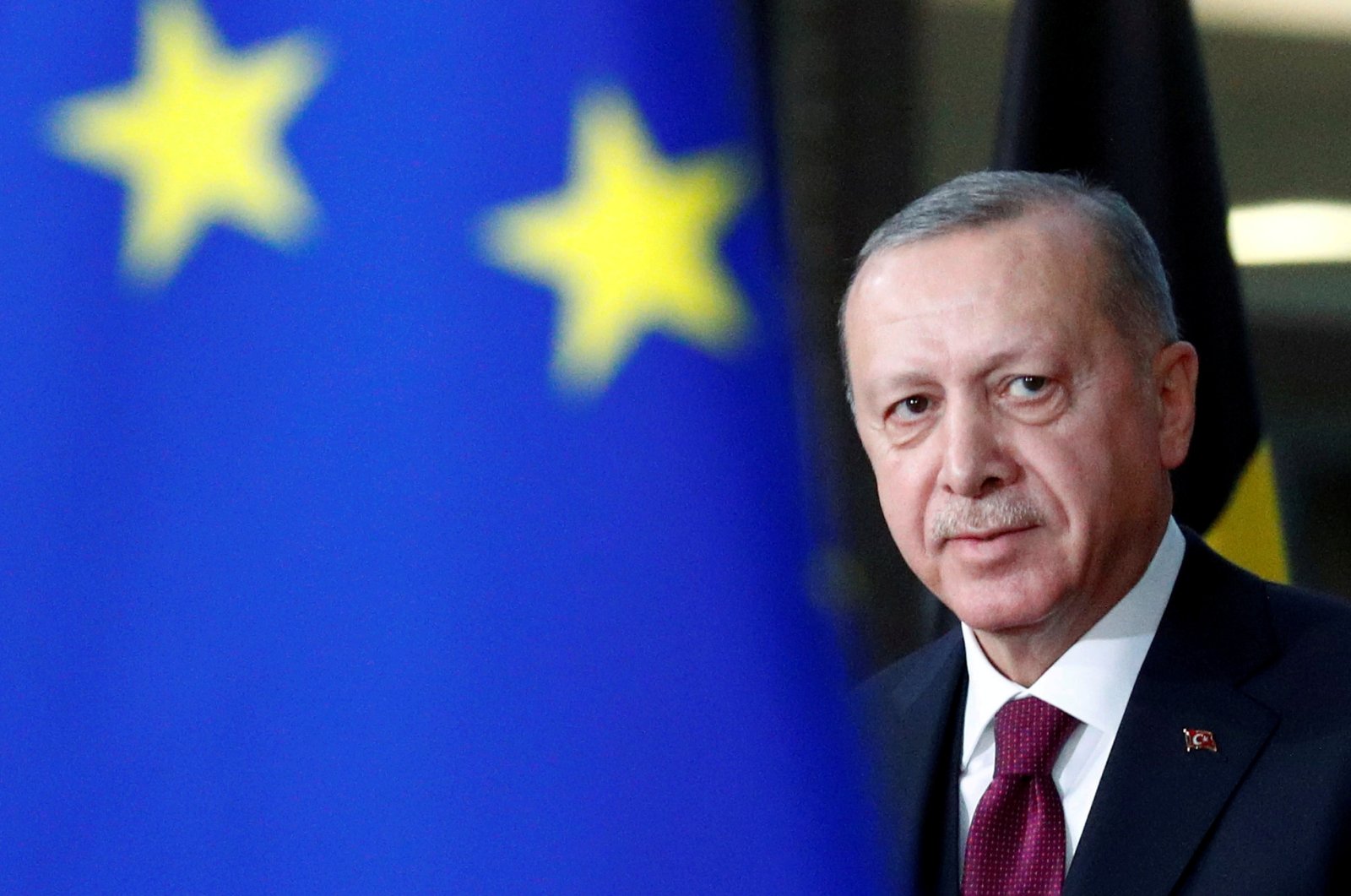 President Recep Tayyip Erdoğan told European Council President Charles Michel on Monday that Turkey expects concrete steps from the European Union regarding the organization of a conference on the Eastern Mediterranean, according to a statement from the Presidency.

Erdoğan and Michel held a phone call in which the Turkish president said the conference proposed by Ankara should be organized to defuse tensions with Athens, the Presidency said.

Erdoğan said that Greece continues to increase tensions, even though Turkey approaches the issues with goodwill.

Erdoğan reiterated his expectations regarding the EU visa liberalization for Turkish citizens, the Customs Union and the bloc’s responsibilities under the March 18 deal on migration.

Turkey and the EU signed an agreement on March 18, 2016, to stem the influx of refugees to Europe. Turkey has been the main route for refugees trying to cross into Europe since the beginning of the civil war in Syria. With the agreement, irregular arrivals decreased by 99%, saving the lives of many who would have attempted the treacherous journey by sea. Ankara has repeatedly complained that Brussels has failed to keep its promises under the deal.

According to the statement, Erdoğan also said that Turkey-EU relations should be revitalized.

In the phone call, Erdoğan also touched upon the tensions in the Caucasus and called upon the EU to have a coherent stance on Azerbaijan’s territorial integrity. He noted that the invading Armenian forces’ attacks on pipelines threaten Europe’s energy security.

The cease-fire between Azerbaijan and Armenia declared on Saturday did not hold for even a full day, as Yerevan launched an attack on Azerbaijan's second-largest city, Ganja, less than 24 hours after the inking of the cease-fire. Armenian missiles Sunday hit civilian settlements in Ganja, where search and rescue efforts continue among the wreckage.

As a result of all these attacks, Azerbaijan's public chief prosecutor's office announced Monday that 41 civilians had been killed and 207 others injured. About 1,185 houses, 148 civilian facilities and 57 apartments have also been rendered beyond use in the attacks.

Azerbaijani President Ilham Aliyev said Monday that the Minsk Group, formed to mediate the conflict and led by France, Russia and the U.S., was biased and that Turkey, which he described as a global power due to its involvement in Syria, Libya and other international conflicts, must be involved in the solution process.