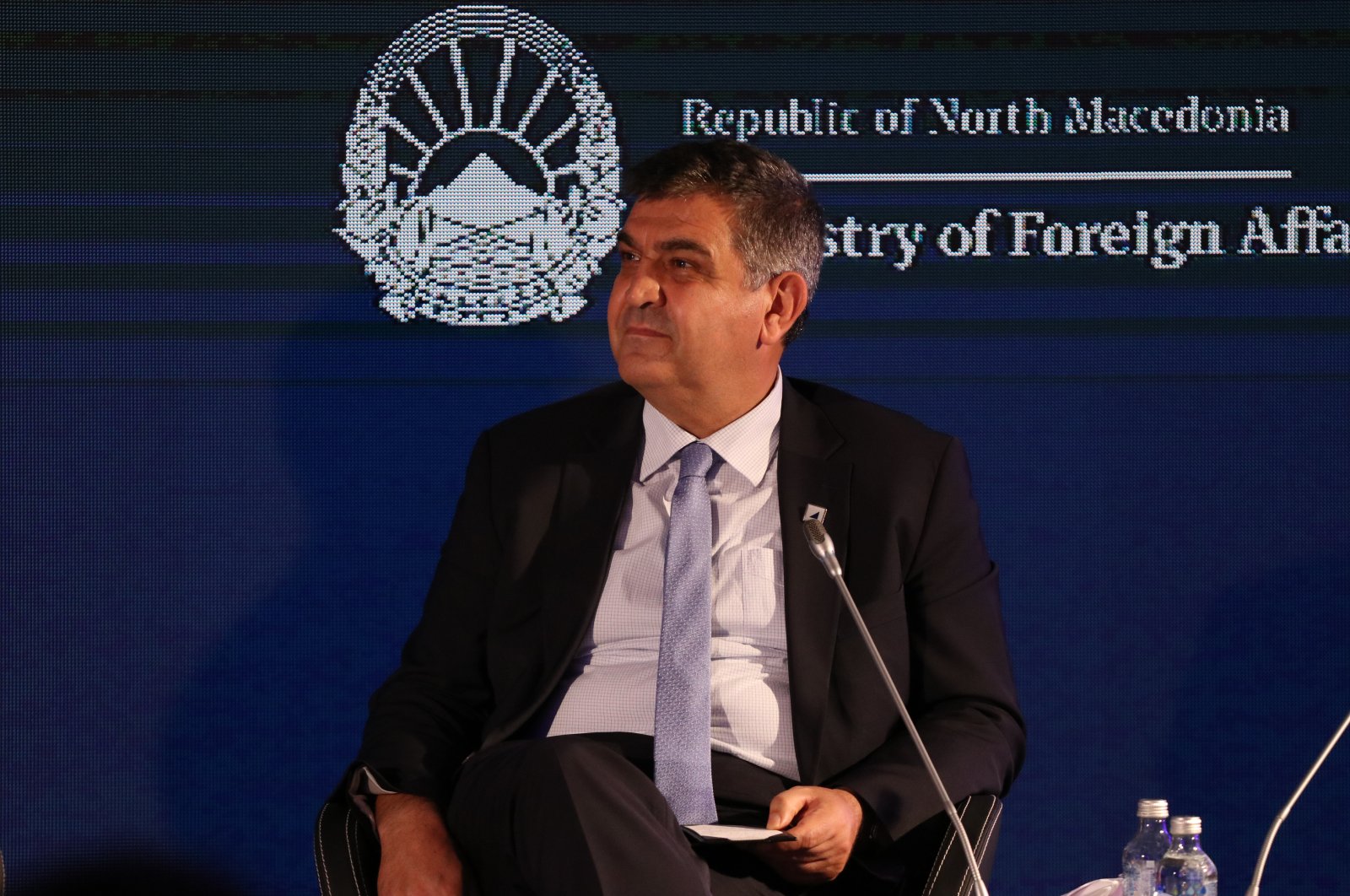 Describing Turkey as a fundamental pillar for Europe, Deputy Foreign Minister Faruk Kaymakcı on Thursday said that country's membership to the EU has been blocked for political reasons.

"In order to create a geopolitical European Union in Europe, which includes many ethnicities and many religions together with security, defense, energy, trade, tourism, foreign policy, the membership processes of all candidate countries should be accelerated," Kaymakcı said in his address to the Prespa Dialogue Forum in North Macedonia.

"At the end of the process, if there is a situation contrary to the general interests of the European Union, then of course, the desired country can use the right of veto. However, vetoing at the beginning of the process hinders dialogue, creates mistrust, conflict, and makes many problems even more difficult to resolve," he noted.

Kaymakcı added that the EU should be consistent when it comes to the Cyprus issue.

"It is also very important to keep the promises made to the Turkish Cypriots," he said.

Turkey has the longest history with the union and the longest ascension negotiation process. The country signed an association agreement with the EU's predecessor, the European Economic Community (EEC), in 1964, which is usually regarded as a first step to eventually become a candidate. Applying for official candidacy in 1987, Turkey had to wait until 1999 to be granted the status of a candidate country. For the start of the negotiations, however, Turkey had to wait for another six years, until 2005, a uniquely long process compared with other candidates.