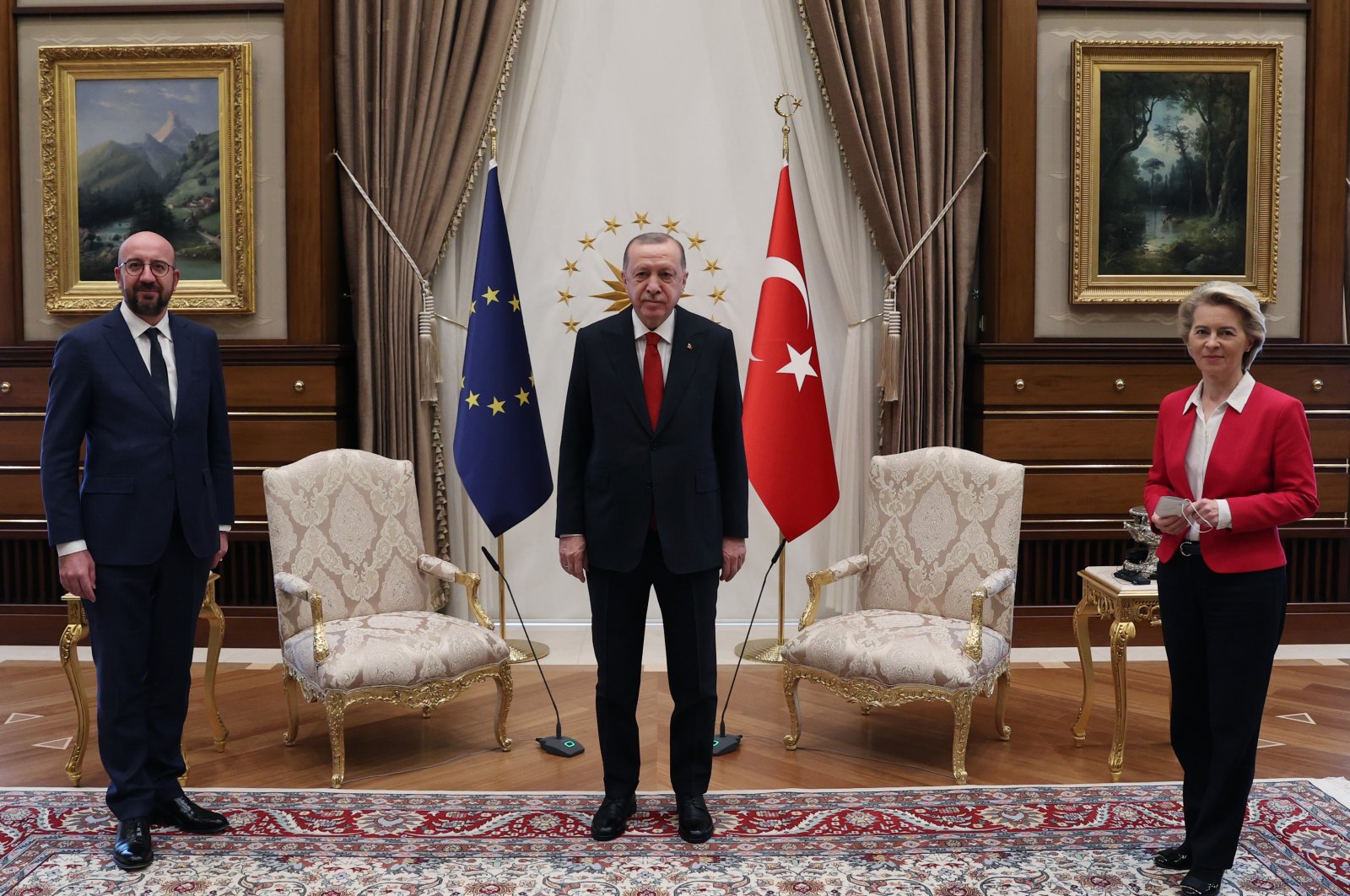 European diplomats on Thursday pointed out that Turkey was in no way responsible for the seating arrangement of Tuesday's meeting between the European Union officials and Turkish President Recep Tayyip Erdoğan, as it took place in line with EU protocol requirements.

"When I was traveling with (Donald) Tusk or (Herman) Van Rompuy, I always respected that protocol order ... Normally I had a chair next to the chair of the president of the council, but sometimes it happened that I was sitting on a sofa," Juncker told Politico in a phone interview.

Also mentioning the issue and the reactions of the European press, Liberation, the French daily, said that the scene which was presented as misogynistic by many social media users despite the fact that it actually respected European protocol.

It said visuals should not be relied on as in this case Turkey was applying EU protocol.

French diplomat Gerard Araud who previously served as an ambassador to Israel, the U.N. and the U.S., also mentioned the EU rules on protocol and said that Turkey had no responsibility in the issue.

Responding to posts shared by some journalists who criticized Turkey, he underlined on Twitter that a journalist had once again come to a decision without having done the research, and it was the EU's responsibility, not Turkey's.

Former Italian Ambassador to Ankara Carlo Marsili said he found the charges of "sexism" against President Erdoğan irrelevant. Speaking to the Adnkronos agency, Marsili said that German Chancellor Angela Merkel visited Turkey many times and such a situation had never taken place.

In response to a question on the issue at the daily news conference, Eric Mamer, the European Commission's spokesperson said that everyone should focus on EU-Turkey relations, adding that the heads of EU institutions should be treated equally and that he had asked von der Leyen's team to take the necessary measures to prevent a similar incident from happening again.

Some had criticized the seating arrangements at Tuesday's meeting, where the Turkish president and the European Council head sat down in separate chairs while von der Leyen was initially left standing.

She was then offered a seat on a couch, with Çavuşoğlu also sitting down on a separate couch opposite her.