Turkey to Europe: Why do you support YPG, PKK terrorists? 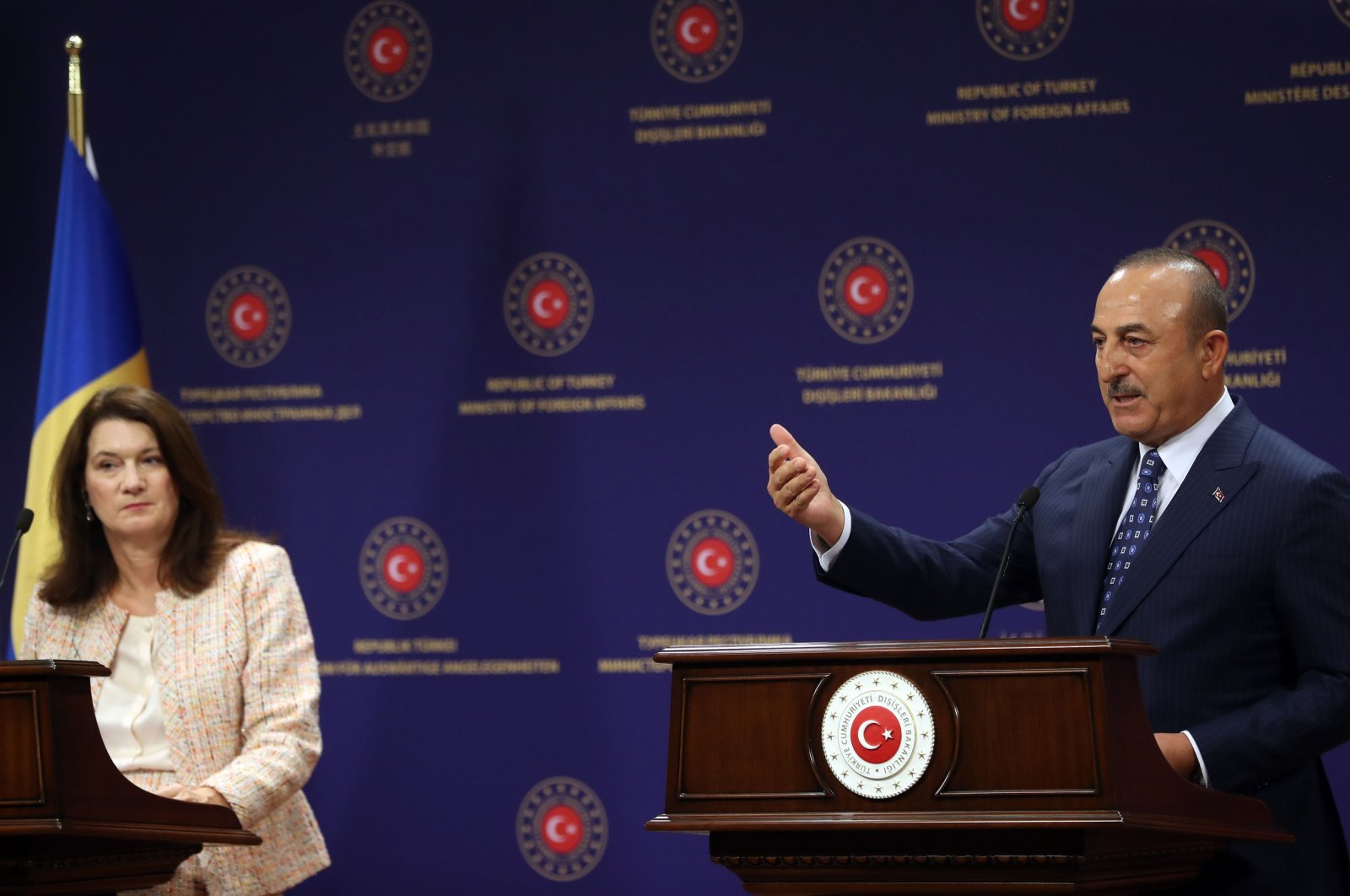 "This is yet another proof of Europe’s hypocritical stance toward terrorism," he added.

“We expect more solid steps from Sweden in the fight against terrorism. PKK terrorist members engage in attacks on our citizens in the country, including on Kurdish people, and carry out forcible money collection,” he added, underlining strongly that none of these activities comply with the notion of freedom of speech and that those activities, including the financing of terrorism, are activities banned by international law.

The PKK terror group continues using the European Union's territory for propaganda, recruitment, fundraising and logistical support activities, according to a report by the EU's law enforcement agency released this June.

The SDF is a rebranded version of the PKK’s Syrian wing the YPG and with which the U.S. has partnered under the pretext of fighting Daesh.

“There are a range of issues not agreed on by Turkey and Sweden,” Linde said, reiterating that Sweden invites Turkey to withdraw from northern Syria.

“With whose authority are you asking Turkey to withdraw from Syria? Has the regime in Syria given Sweden or the EU such an authority? In every meeting, in the Sochi, Astana meetings as well as in every text, we underline Syria’s territorial integrity,” Çavuşoğlu responded.

Turkey launched Operation Peace Spring, the third in a series of cross-border offensives in northern Syria targeting terrorists affiliated with Daesh and the YPG/PKK, on Oct. 9, 2019.

The operation, conducted in line with the country's right to self-defense borne out of international law and United Nations Security Council (UNSC) resolutions, aimed to establish a terrorist-free safe zone for the return of Syrians to the area east of the Euphrates river, which is controlled by the U.S.-backed SDF.

Çavuşoğlu also urged Sweden to make a clear distinction between terrorists and Kurdish people and that the PKK is not representative of all Kurds.

Çavuşoğlu also urged Sweden to listen to the oppression the minority groups in Syria underwent at the hand of the PKK. There are many Kurdish organizations besides the PKK, the minister pointed out.

Turkey's top diplomat further suggested Sweden to listen to the minorities in Syria regarding their views on the PKK, "Please listen to the Arameans, the Assyrians, the Christians and let them explain what the SDF did to them. Listen to the Kurds in Syria, to those in Turkey that cannot go back to Syria."

"We also would not want Sweden to embrace FETÖ members. Unfortunately, many FETÖ members requested asylum in Sweden and most of them were approved."

He reminded the desecration of the Holy Quran by a far-right Danish group during an unauthorized demonstration in the capital of Sweden in early September, a move condemned by the Turkish Foreign ministry. Turkey urged countries to take concrete action to prevent growing anti-Muslim attacks.

Danish Hard Line (Stram Kurs) party members had sought permission from Swedish authorities to burn the Quran in Stockholm’s Rinkeby, Fittja, Alby, Husby and Upplansveby neighborhoods, where Turkish and Muslim immigrants live. However, Swedish police refused to grant them permission, but the far-right group went ahead and burned the Muslim holy book and broadcast it on social media outlets.

Çavuşoğlu stated that Turkey welcomed the precautions taken against these politicians by Swedish authorities as well as the prime minister’s statements in this regard.

“This is a sickness and as dangerous as terrorism,” the minister said referring to the rising far-right sentiment in the Western world.

Saying that Sweden always supported Turkey’s accession to the European Union, Çavuşoğlu stated that rightful criticism in this term was always welcomed while unfair criticism is not accepted.

Çavuşoğlu reaffirmed Turkey's determination to pursue membership. He, however, said the EU needs to take serious decisions on many issues, including enlargement.

“Political obstructions need to be lifted,” he stressed.

Linde for her part stated that the EU desires to establish constructive relations with Turkey and that trade with Ankara is a significant issue for the bloc.

“The EU wants to revive its relations with Turkey. A new positive Turkey-EU agenda will be established,” she said, adding that Sweden welcomed the steps taken to decrease tensions in the Eastern Mediterranean with neighbor Greece on drilling activities and maritime zones.