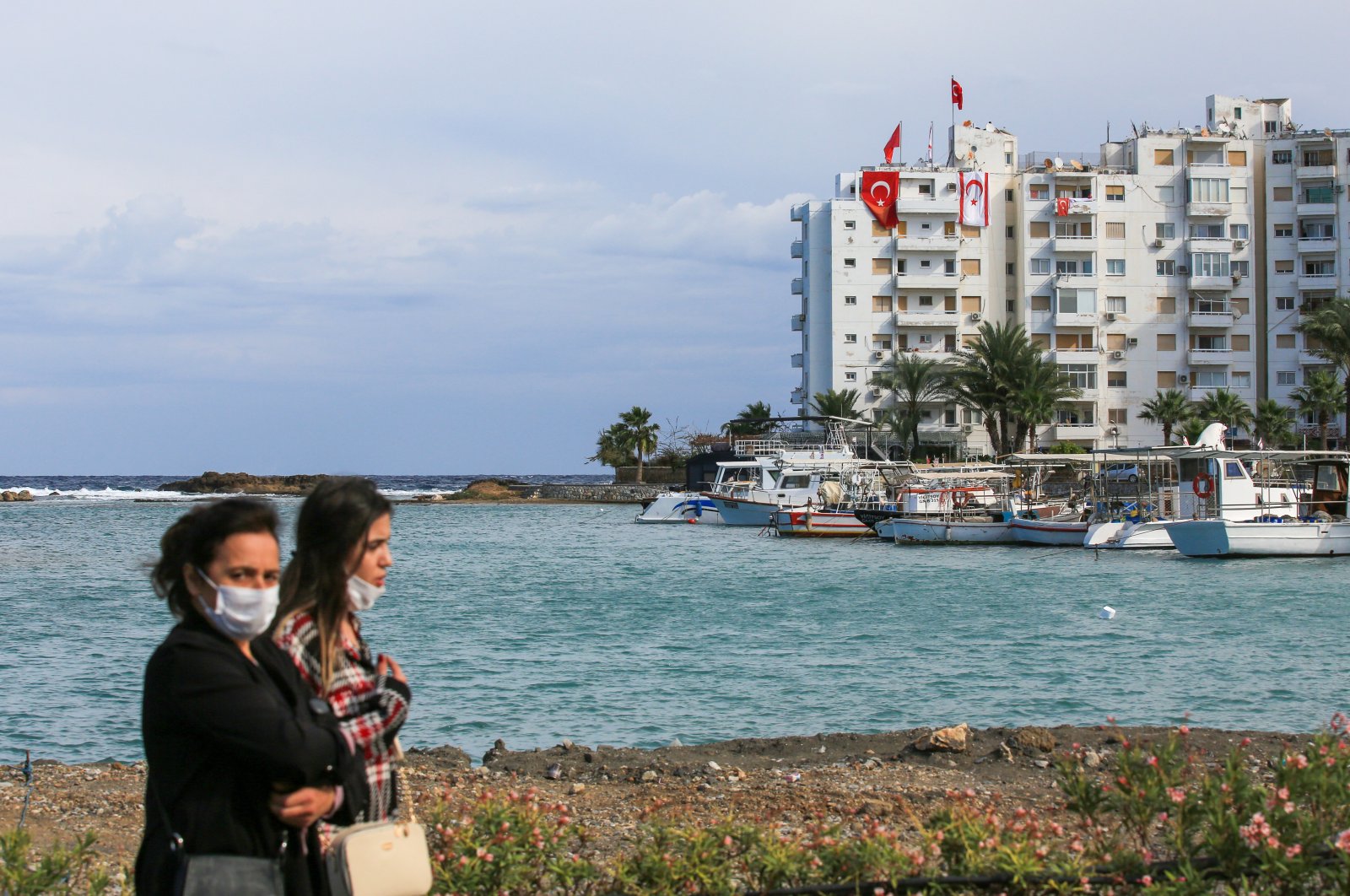 Turkey and the Turkish Republic of Northern Cyprus (TRNC) on Friday dismissed and criticized a "nonbinding" European Parliament (EP) resolution on Maraş (Varosha) and other Cyprus issues.

"We completely reject the nonbinding resolution adopted by the (members of the European Parliament) on our country and the TRNC," Foreign Ministry Spokesperson Hami Aksoy said in a statement.

Underlining that Turkey fully supports the statement made by the TRNC Presidency on the issue, Aksoy said, "This decision, which is undoubtedly dictated by the Greek Cypriot administration, once again demonstrates how disconnected from reality and prejudiced the EP is on the Cyprus issue."

Aksoy added that if the European Parliament maintains this approach and mentality, it will not be possible for European Union bodies to make constructive contributions to the solution of the Cyprus issue.

Turkey continues to call on the EP and EU to face the island's realities and take into account the presence of the Turkish Cypriot people as well as fulfill the EU's commitments made in April 2004 to Turkish Cypriots, he stressed.

He noted that Turkey will continue to protect both its own rights and those of the Turkish Cypriots, adding at the same time, Ankara will continue its efforts for dialogue and negotiations.

The EP adopted a resolution Thursday calling on the EU to take action against Turkey over its decision in October to reopen the coastline of the abandoned town of Varosha in the TRNC.

Condemning the move as an "illegal act," the members of parliament called on Turkey to reverse the decision.

They also called on the European Commission to impose sanctions against Turkey.

Meanwhile, the TRNC Presidency also criticized the resolution for “ignoring the existence of the Turkish Cypriots” and “unjustly accusing Turkey.”

Noting that Varosha is located within TRNC territory, the presidency said the TRNC has sole say regarding decisions made there.

The statement continued by noting that the European Union seems more than ready to be an instrument for the Greek Cypriot administration’s plots.

“The EU needs to realize that the only occupation in Cyprus took place in 1960 when the Greek Cypriot administration unilaterally ended the joint Cypriot Republic and that is the root cause of the Cypriot issue,” the statement read.

The TRNC Presidency also said the EP’s so-called “concern about the status of property rights” distorts the truth, as United Nations Security Council (UNSC) resolutions anticipated the return of properties in Varosha to their former owners.

Highlighting that the TRNC government’s decision was well received by Greek Cypriot property owners in Varosha, the statement said the Greek Cypriot administration’s lie-based propaganda aims to obstruct its own people’s access to their real estate.

The TRNC also criticized Europe for adopting a biased stance and ignoring the existence of the Turkish Cypriots on the island.

Last month, the TRNC partially opened public access in the town of Varosha, which had been abandoned for the past 46 years, in a move welcomed by Turkey and criticized by Greece.

President Recep Tayyip Erdoğan visited the parts opened to the public in Varosha during his visit to the country on Nov. 15 to mark the TRNC's 37th anniversary of its foundation.

Erdoğan stated that the aim of steps taken in Varosha is not to create new aggrievements but to eliminate the existing ones.

Varosha was a famous resort region on the island of Cyprus that boasted a capacity of 10,000 beds across more than 100 hotels; however, it has been closed since 1974. That same year, Turkish military forces intervened on the island following a Greek-inspired coup.

Turkey's military intervention as a guarantor power in 1974 put an end to years of persecution and violence against Turkish Cypriots by ultra-nationalist Greek Cypriots.

The city of Varosha is protected by a 1984 U.N. Security Council (UNSC) resolution, stating that the empty town can only be resettled by its original inhabitants.