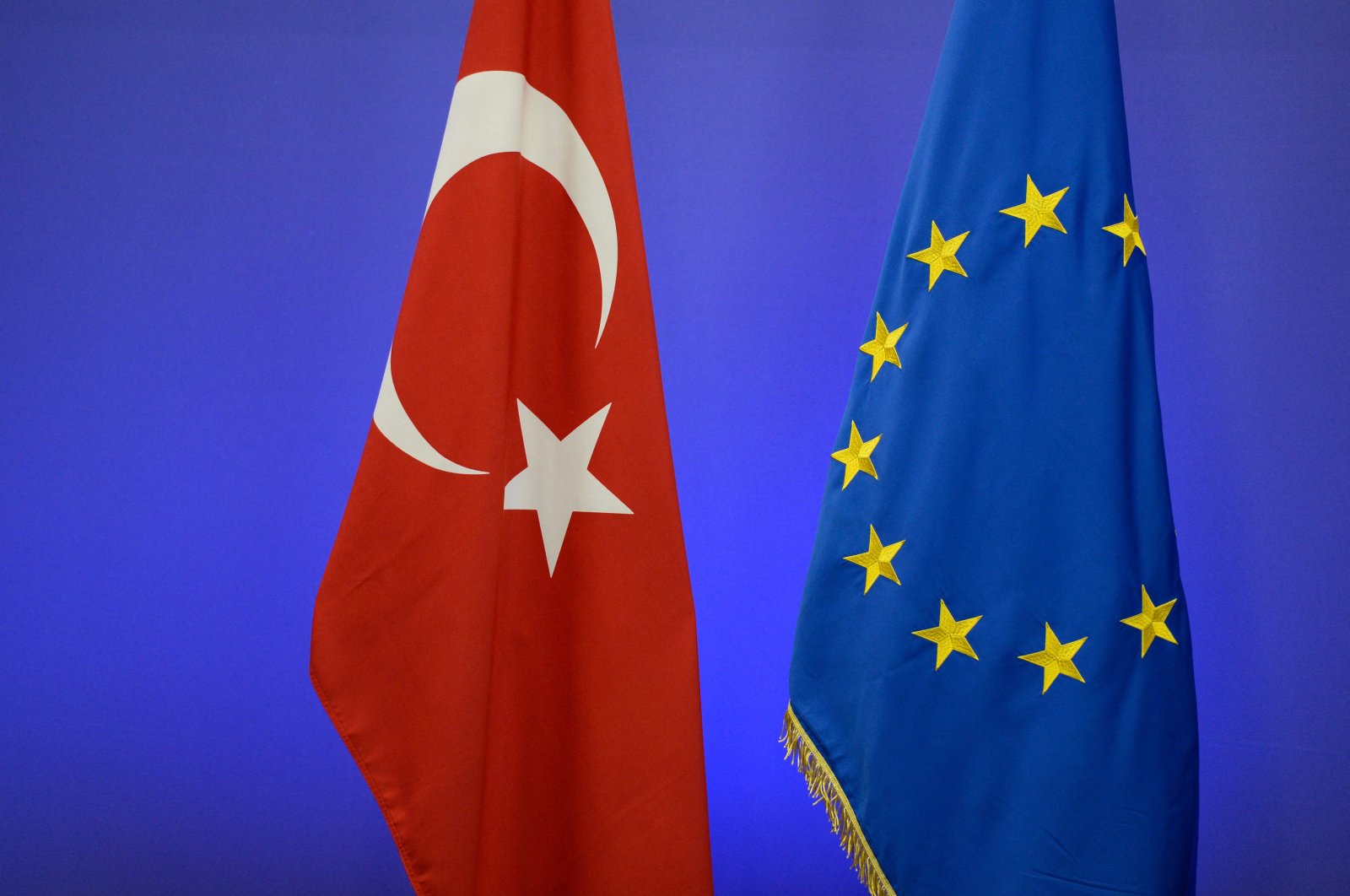 The Turkish national flag (L) and the EU flag stand ahead of a summit on relations between the European Union and Turkey in Brussels, Belgium, Nov. 29, 2015. (AFP File Photo)
by DAILY SABAH Apr 23, 2021 5:23 pm
RECOMMENDED

Turkey’s European Union candidacy should be formally suspended if Ankara continues on its "autocratic track," EU lawmakers stated Friday in tough criticism. According to them, a decision is urgent because they perceive basic freedoms in the country are being curtailed.

Deputies in the European Parliament's Foreign Affairs Committee voted 49 in favor, four against and with 14 abstentions on their report on Turkey's EU candidacy, which now goes to the full plenary next month and, if accepted, becomes the Parliament's official position.

After years of stalling on Turkey's bid to join the world's biggest trading bloc, negotiations launched in 2005 have come to a halt, although they are not officially suspended.

"This report is probably the toughest ever in its criticism towards the situation in Turkey," said Nacho Sanchez, a center-left Spanish EU lawmaker who led parliamentary discussions.

"It reflects all that has unfortunately happened in the country in the last two years, in particular in the fields of human rights and rule of law," he said.

However, EU officials and diplomats now say that Turkey no longer meets the democratic criteria to be considered a candidate, let alone a full member, for the EU, a club of democratic countries that aim to coordinate policy focused on human rights.

In the Foreign Affairs Committee report, the EU deputies said the formal suspension of EU membership talks should take place, followed by a review, in order to consider other ways to maintain close ties with Turkey.

The EU lawmakers' vote took place Thursday and the results were announced Friday.

Turkey-EU relations are marked by disputes on several issues, including tensions in the Eastern Mediterranean, Turkey's role in Syria, the migrant crisis and the stalemate in Turkey's accession process to join the bloc. During a meeting in Brussels on Dec. 10, EU leaders decided to draw up a list of Turkish targets to sanction. But since then, the rhetoric on all sides has mellowed dramatically as Turkey and the bloc voiced their intent to "turn a new page."