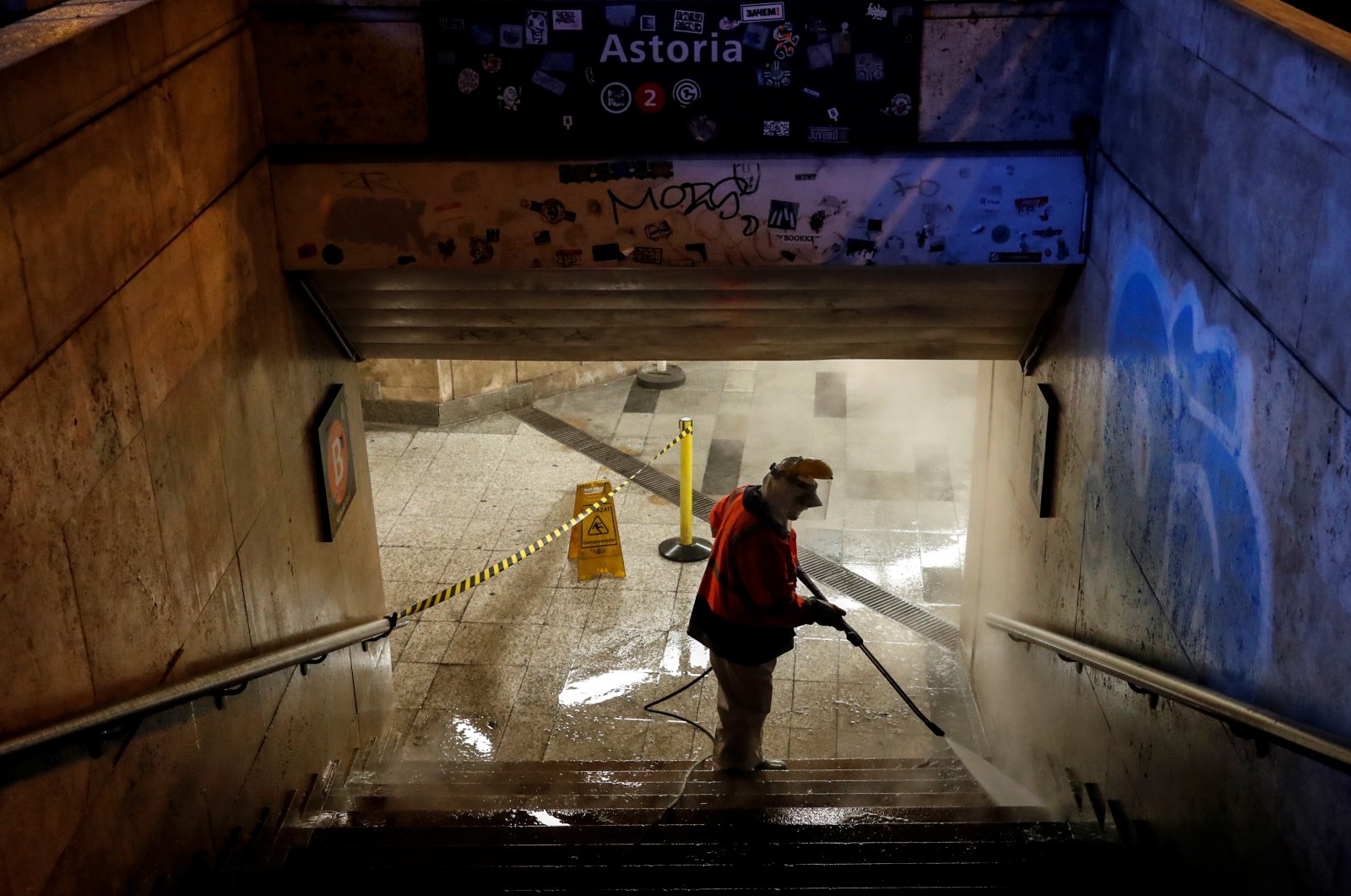 A worker cleans a flight of stairs of an underpass, amid the COVID-19 outbreak, in downtown Budapest, Hungary, Wednesday, March 25, 2020. (Reuters Photo)
by DAILY SABAH Mar 27, 2020 1:21 pm
Edited By Sinan Öztürk
RECOMMENDED

Aid for the fight against the coronavirus outbreak has come from the Turkic Council as well as China, while the European Union has responded with complete incompetence, Hungarian Prime Minister Viktor Orban said Friday.

Speaking as part of his weekly speech on state radio Kossuth, Orban said: “We are EU members. We want a strong EU, but we have to see that the EU has weaknesses. These weaknesses have been seen clearly during the outbreak. We have met with our neighbors and the Visegrad group (a cultural and political alliance of four Central European countries – the Czech Republic, Hungary, Poland and Slovakia), however, we have seen no aid come from here. We have received aid from China, and we requested help from the Turkic Council, of which we are an observing member, and we got it.”

The prime minister further stressed that Hungary was part of the western alliance and that no help had come from the EU, despite the country's needs.

Szijjarto said they asked for help from the Turkic Council, and Turkey sent 8 tons of material to be used in mask production.

Uzbekistan has also sent 150,000 protective masks to Hungary, he added.

"Appreciation and thanks to the Turkish and Uzbekistan governments for their help. Real friends show up in times of trouble," he added.

Foreign Minister Mevlüt Çavuşoğlu on Wednesday stated that 69 countries had so far asked for medical aid from Turkey to combat the coronavirus, with aid being sent to 17 countries.

Orban also announced that a curfew would be enforced throughout Hungary, saying that only citizens who go to work or have essential needs could leave the house. Orban said that the curfew would start as of Saturday and would be valid until April 11.

The Turkic Council was established in 2009 as an intergovernmental organization with the overarching aim of promoting comprehensive cooperation among Turkic speaking states. Its four founding member states include Azerbaijan, Kazakhstan, Kyrgyzstan and Turkey.

Since 2011, the Turkic Council has convened annual thematic summits at which the heads of state of member nations evaluate the past period and set goals for the coming year.