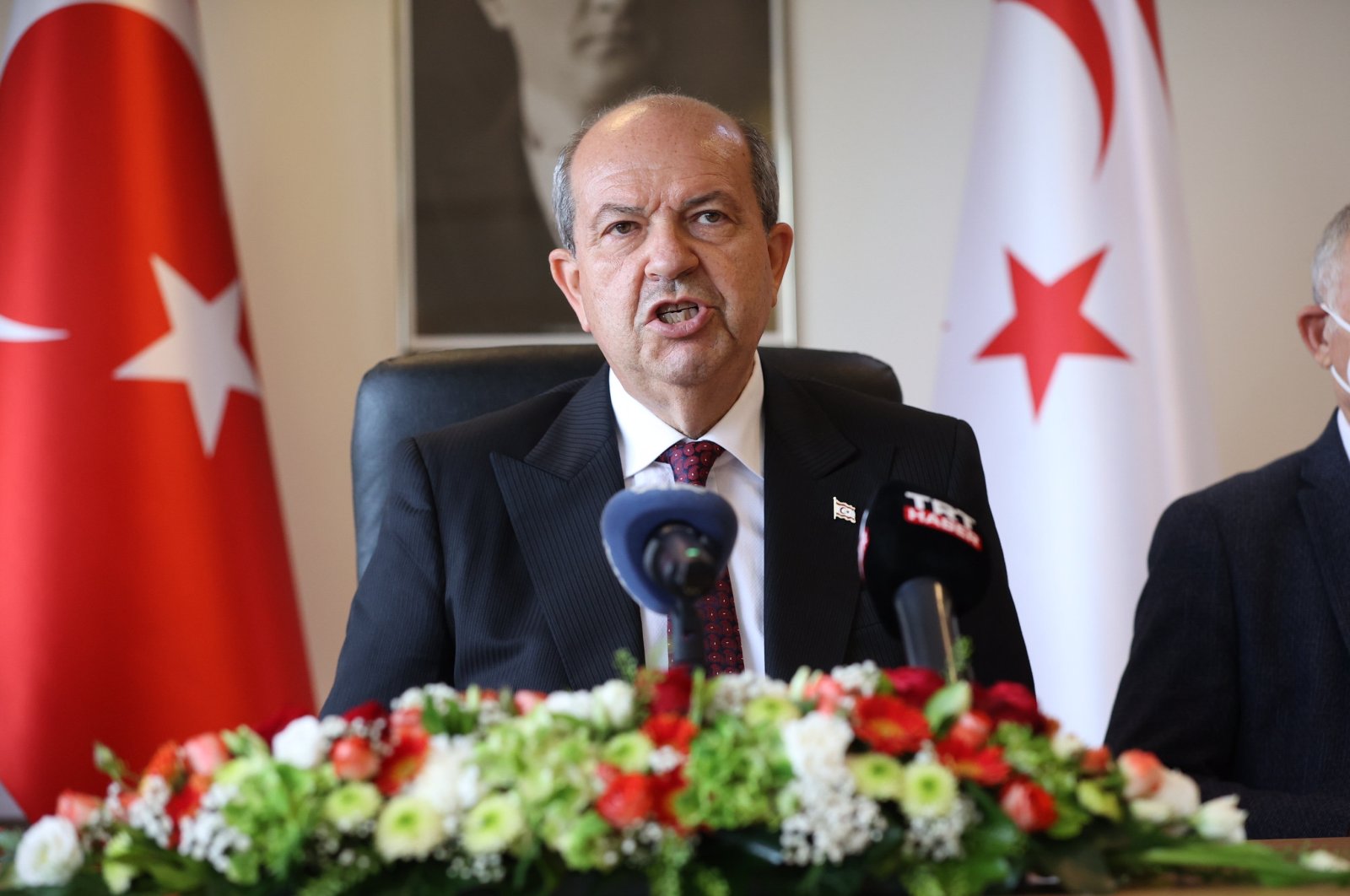 Turkish Cypriots cannot afford to give up their independence, freedom, or sovereignty as they have paid such a high price for it, the Turkish Republic of Northern Cyprus (TRNC) President said Sunday.

Speaking at a ceremony marking the 57th anniversary of the Erenköy Resistance – when Turkish Cypriots defended themselves against Greek Cypriots in 1964, 10 years before Turkey's Cyprus Peace Operation – TRNC President Ersin Tatar said 563 students came from Turkey, the U.K., and other places to support the Erenköy Resistance and risked their lives for the sake of the homeland and just struggle of Turkish Cypriots.

Tatar emphasized the importance of Erenköy, saying that it served as a lifesaver for Turkish Cypriots during the years of struggle.

"The students went to Erenköy in boats to go to their death and they fought a great struggle here for two years," he said, adding that while the U.N. has always been a mere spectator, the Greeks turned this region into a target.

He underscored that the Turkish Air Force's presence in Erenkoy in 1964 was a turning point, adding that the intervention was, in a sense, preparation for the 1974 Cyprus Peace Operation."In Erenköy, the message that 'Turkish Cypriots are ready to die for the sake of the land and homeland' was given to the whole world," Tatar said.

He added: "Turkish Cypriots resisted until 1974 after Erenköy, and with the intervention of their motherland Turkey in 1974, the conditions for the Turkish Cypriot people to live in peace, freedom, and security in these lands were ensured."Tatar also paid tribute to Turkish Air Force Pilot Captain Cengiz Topel, whose plane was shot down on Aug. 7, 1964, while on a warning flight over Greek Cypriot soldiers firing on Turkish residents on the island.

Topel was tortured to death, in violation of the Geneva Convention.

Meanwhile, many people gathered at Edirnekapi Martyrs' Cemetery in Istanbul, where Topel was buried, to remember the first martyr of the Turkish Air Force.

Separately, in a statement, Turkey's National Defense Ministry said: "We commemorate Pilot Captain Cengiz Topel, who died a martyr 57 years ago, and Erenkoy martyrs, who put up a heroic resistance for the Turkish Cypriots, with mercy, gratitude, and respect."

Cyprus has been mired in a decades-long dispute between Greek and Turkish Cypriots, despite a series of diplomatic efforts by the U.N. to achieve a comprehensive settlement.