Turkish Cypriots reject conditions put forth by Greek side 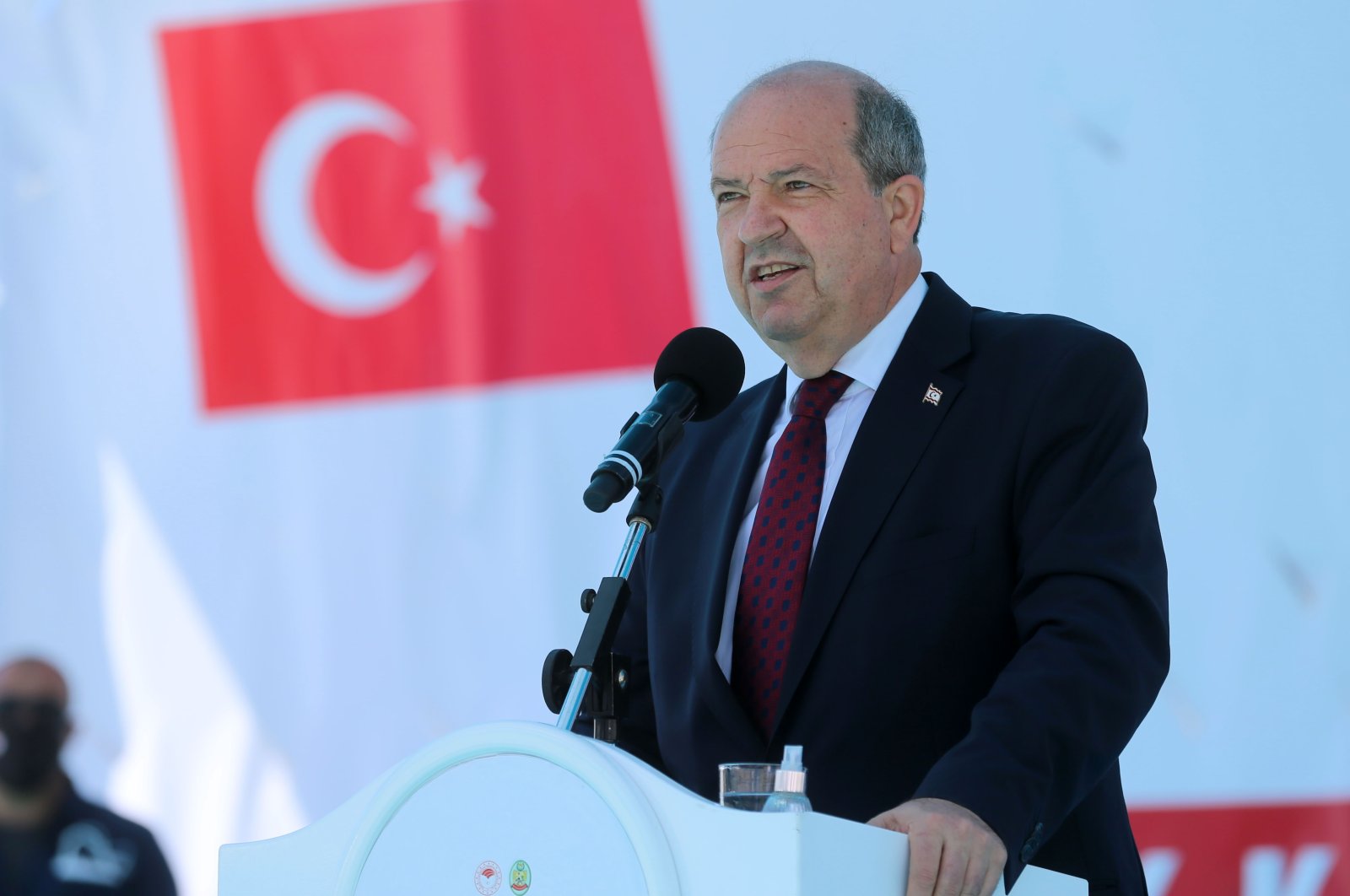 Turkish Cypriot President Ersin Tatar speaks at an event in Turkish Republic of Northern Cyprus' (TRNC) Güzelyurt, May 22, 2021 (AA Photo)
by DAILY SABAH May 27, 2021 11:54 am
RECOMMENDED

Turkish Cypriot President Ersin Tatar on Wednesday reacted to Greek Cypriot leader Nicos Anastasiades’ words during his meeting with an EU official in Brussels in which he put forth conditions on the Turkish side and Turkey.

Noting that Anastasiades threatened to block any decision to trigger a "positive agenda" at a European Union summit in June where Turkish-EU relations are expected to be discussed if his side's conditions are not met, Tatar said in a statement that they will never accept such conditions.

The conditions put forward by Anastasiades, including Turkey's halting of drilling operations in the Eastern Mediterranean, the Turkish side's stopping renovation work in the city of Varosha (Maraş), and Turkey and the TRNC's abandoning the proposition of a two-state solution to the Cyprus issue constitute blackmail and threats to the European Union, Turkey and the TRNC, he underlined.

"We will not submit to the Greek Cypriots' hegemonic attitude. As such, we will not abandon our proposal of a two-state solution which we put forward in Geneva and is supported by Turkey, the biggest and most powerful country in the region," Tatar said.

He also remarked that the partial reopening of Maraş and work related to natural gas reserves in the Eastern Mediterranean would continue.

Referring to the EU's position, Tatar underscored that the EU's acceptance of the Greek Cypriot administration to full membership for political reasons and its pro-Greek Cypriot policy emboldened the Greek Cypriots and prompted them to employ blackmail and threats as policy tools.

"We wish the EU would react against conditions presented by the Greek Cypriots, to abandon its biased attitude and be just," he said.

Turkey has frequently underlined that any future talks on the decadeslong Cyprus question should involve two states rather than communities.