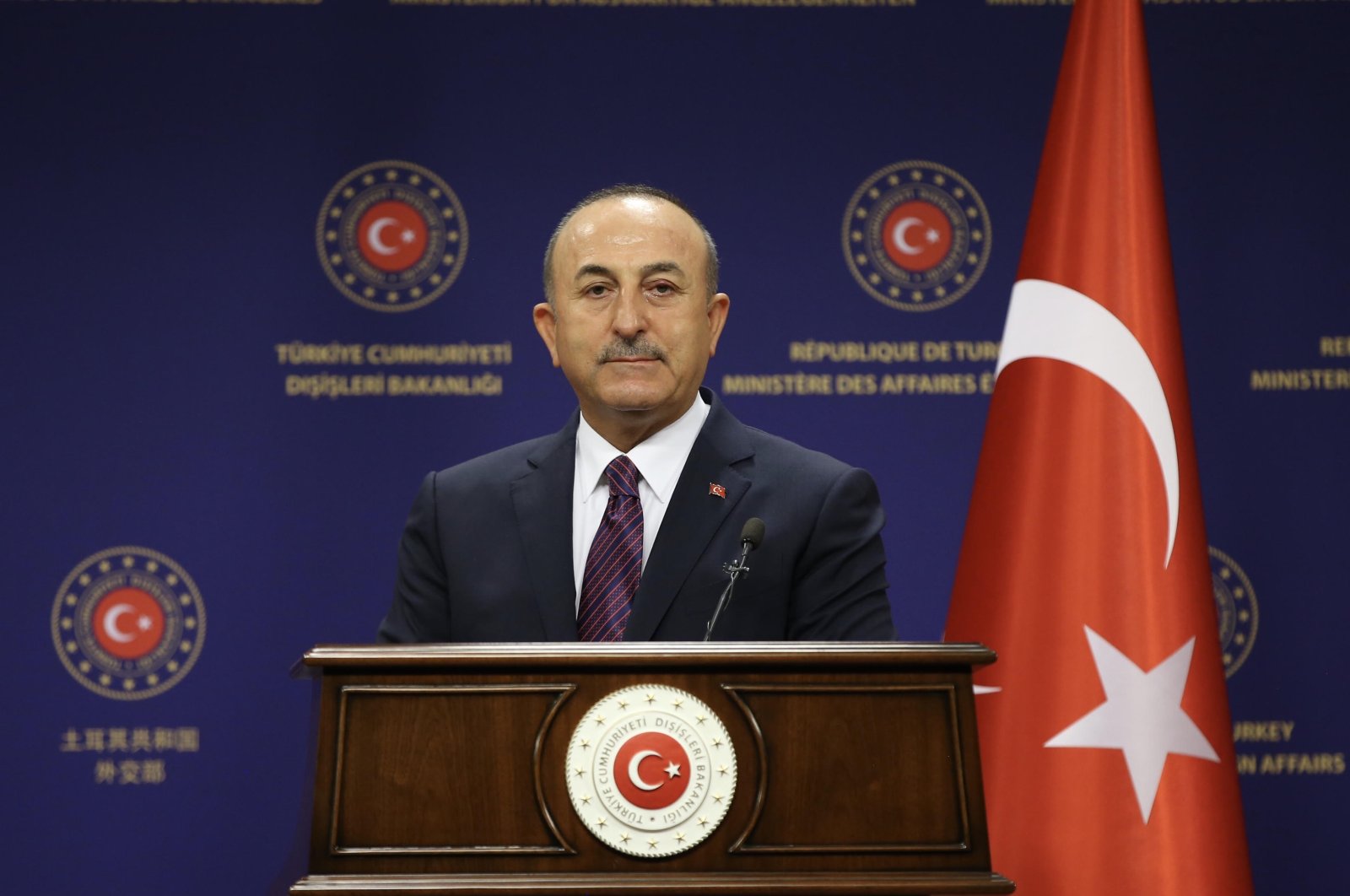 Turkey's top diplomat called for urgent dialogue between Ankara and the European Union to address rising tensions in the Eastern Mediterranean, Libya and developments in the Azerbaijan-Armenia conflict.

In an interview with Italian news agency Agenzia Nova during a recent visit to Rome, Turkish Foreign Minister Mevlüt Çavuşoğlu said he considered Italy "a strong NATO ally and a balanced partner in regional issues."

He added, however, that Turkey was disappointed by the outcome of the EU Special Council on Oct. 1-2, which he believed "did not yield the expected results."

Çavuşoğlu said that that the summit's conclusions "were designed again to put solidarity within the union before international law and equity," accusing the EU of having been "once more taken hostage by the maximalist demands of Greece and the Greek Cypriot administration."

Tensions have been running high for months as Greece has disputed Turkey's rights to energy exploration in the Eastern Mediterranean.

Ankara sent out drillships to explore for energy on its continental shelf, asserting its rights in the region as well as those of the Turkish Republic of Northern Cyprus (TRNC).

Turkey says that Greece's claims regarding maritime territory in the region, based on small islands near the Turkish coast, are in defiance of international law.

EU countries have been trying to mediate between Turkey and Greece over their conflicting demands.

The mechanism is designed to reduce the risk of incidents and accidents in the region and includes the creation of a hotline between Athens and Ankara to facilitate deconfliction at sea and in the air.

"Turkey is the most developed and the biggest electricity and gas market in the region," Çavuşoğlu said. "It is not possible to establish a functional and fruitful mechanism in the Eastern Mediterranean by ignoring these facts."

He said there was an "urgent need to normalize our relations with the EU," noting that Turkey and the bloc must have common short-term goals, including more engagement and dialogue.

Addressing the Nagorno-Karabakh clashes between Armenia and Azerbaijan, the Turkish minister stressed that "the only viable solution to the conflict goes through the total withdrawal of Armenian forces from the occupied Azerbaijani territories in line with the international law."

He noted that "we need more than just another cease-fire," calling for "a clear call on Armenia to abandon its expansionism."

"If Armenia chooses to become a constructive, responsible partner for peace in the region, including with Azerbaijan, it has a lot to gain," Çavuşoğlu said.

The Turkish diplomat, who Friday met his Italian counterpart Luigi Di Maio in Rome, also discussed the situation in Libya, stressing the importance of the Italian role in the region.

He said that both Turkey and Italy are working to bring the conclusions of the Berlin Conference to "a sustainable, viable, lasting, and legitimate political solution in Libya," with the common interest of rebuilding the country and combating illegal migration in the Mediterranean.

Responding to a question on the possible outcome of the upcoming U.S. presidential election, Çavuşoğlu said that relations with the United States had continued to develop under both Republican and Democratic administrations.

"Therefore, Turkey will continue to constructively engage with the U.S. regardless of who wins," he concluded.