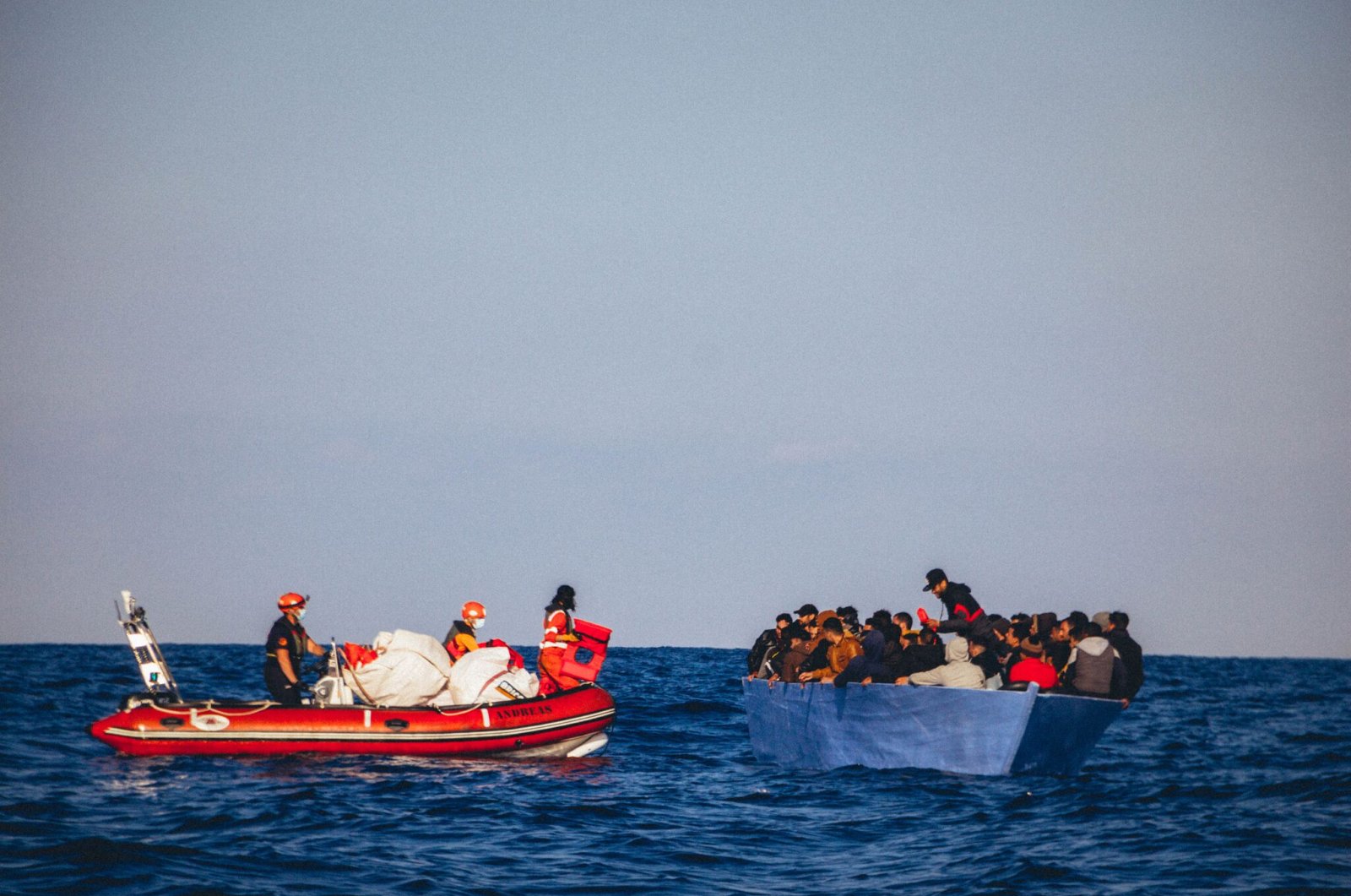 A handout picture released by German migrant rescue NGO Sea-Eye and taken on April 6, 2020, shows members of the NGO on a rubber boat during an operation to rescue people from a small wooden boat in distress off the Libyan coast, before bringing them onboard their vessel "Alan Kurdi". (AFP Photo)
by French Press Agency - AFP Apr 13, 2020 10:36 am
RECOMMENDED

The U.N. refugee agency expressed alarm Sunday about the fate of dozens of migrants whose rubber dinghies appear to have capsized after setting sail from Libya for Italy.

Two German monitors of dangerous migrant crossings reported spotting four boats in distress off the coast of Malta over the weekend.

A spokeswoman for the United Nations High Commissioner for Refugees (UNHCR) said the fate of two boats was unknown.

"It seems that at least one boat has capsized, and there is no longer any contact with another one."

The coast guard authorities of Italy and Malta also did not comment on the reported shipwreck.

Germany's Sea-Watch International group said on its official Twitter account that Frontex had spotted the four rubber boats on Sunday.

"One of them capsized," Sea-Watch International said.

"We have to assume that it sank with people on board, since there is no knowledge of a rescue or interception."

It said the other three boats were carrying 173 migrants in all.

Germany's United4Rescue monitor of migrant crossings said in a statement that it was receiving the same reports and feared for the lives of "dozens."

Italy has long established itself as the primary European port of entry for migrants seeking refuge from Africa and the Middle East.

But the Mediterranean country shut down its ports and said it would quarantine any illegal migrants because of the coronavirus pandemic.

The Swiss-based International Organization for Migration (IOM) said the reports were "very worrying" but difficult to verify.

"In the absence of boats in the area, it is very difficult at the moment to confirm that there has been a shipwreck, or the number of victims involved," IOM Italy spokesman Flavio Di Giacomo told AFP.

"And unfortunately, from experience, we also think it is likely that there have been shipwrecks of which we are not aware."