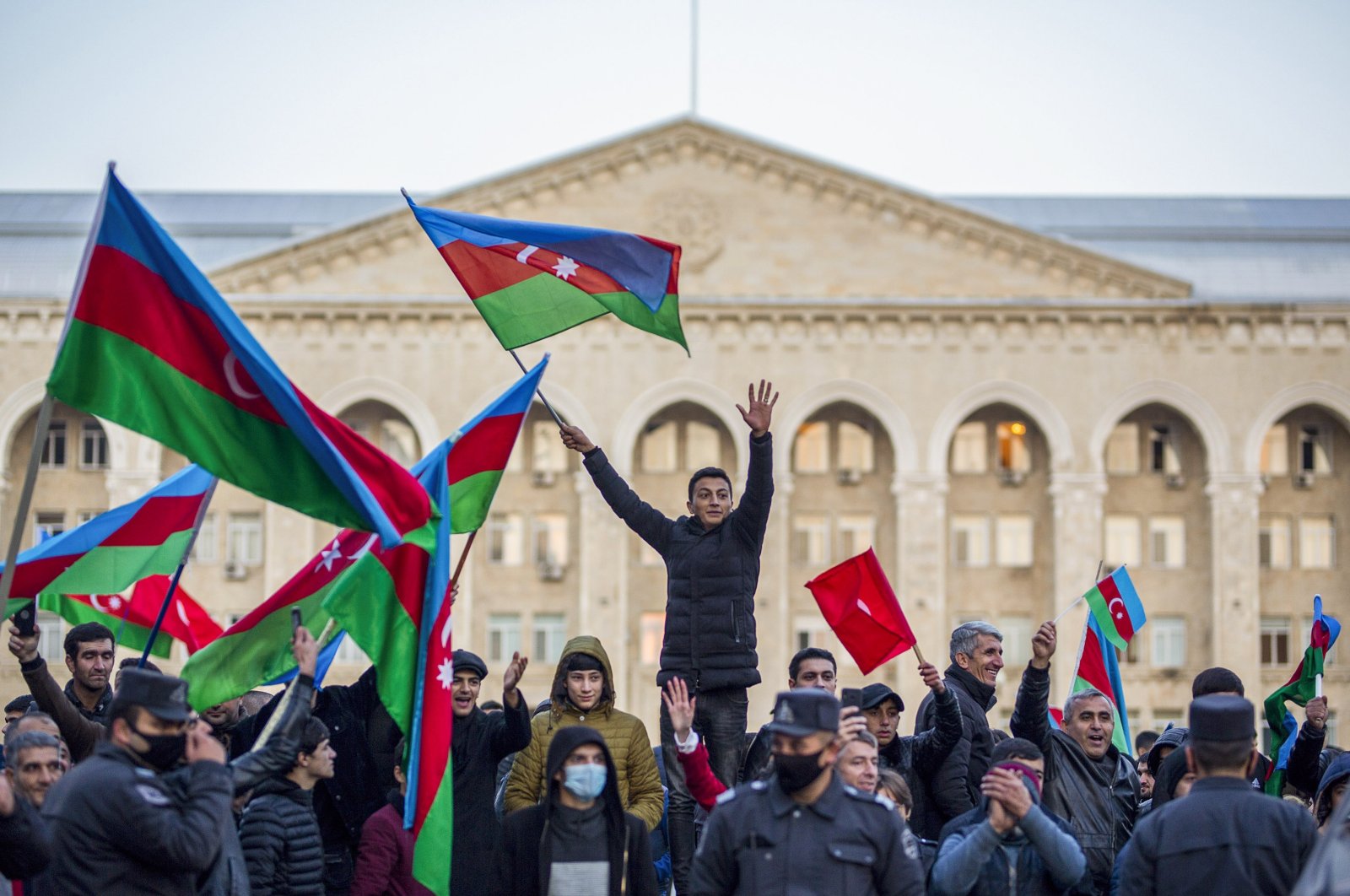 Azerbaijani citizens celebrate the peace deal that is expected to end the 30 yearlong Armenian occupation of Nagorno-Karabakh on Tuesday, Nov. 10, 2020 (AA Photo)
by Anadolu Agency
Nov 10, 2020 8:38 am

Azerbaijanis celebrated the signing of a deal early Tuesday ending the 30-year-old conflict over Nagorno-Karabakh, which was deemed as a victory for Azerbaijan and defeat for Armenia.

People took to the streets after President Ilham Aliyev announced the agreement reached to halt fighting over the region as the defeat of Armenia.

In his televised address, Aliyev said Agdam District will be delivered to Baku as of Nov. 20 while Kalbajar will be returned by Nov. 15 and Lachin by Dec. 1.

The capital Baku was the scene of enthusiastic celebrations despite the early hour, with thousands of people carrying both Azerbaijani and Turkish flags.

Some Azerbaijanis danced in the streets while others celebrated in convoys of cars.

Some cried out of happiness and others sang songs and the national anthem.

In Ganja, the second-largest city in the country, people also celebrated.

"We are returning to our own lands hopefully after 28 years," Habiboğlu said.

"Azerbaijan and Turkey are one nation with two states."

Another local, Sefika Fazil, said her brother was a soldier.

"Thank you very much. Turkey and Azerbaijan are brothers. We have won together."