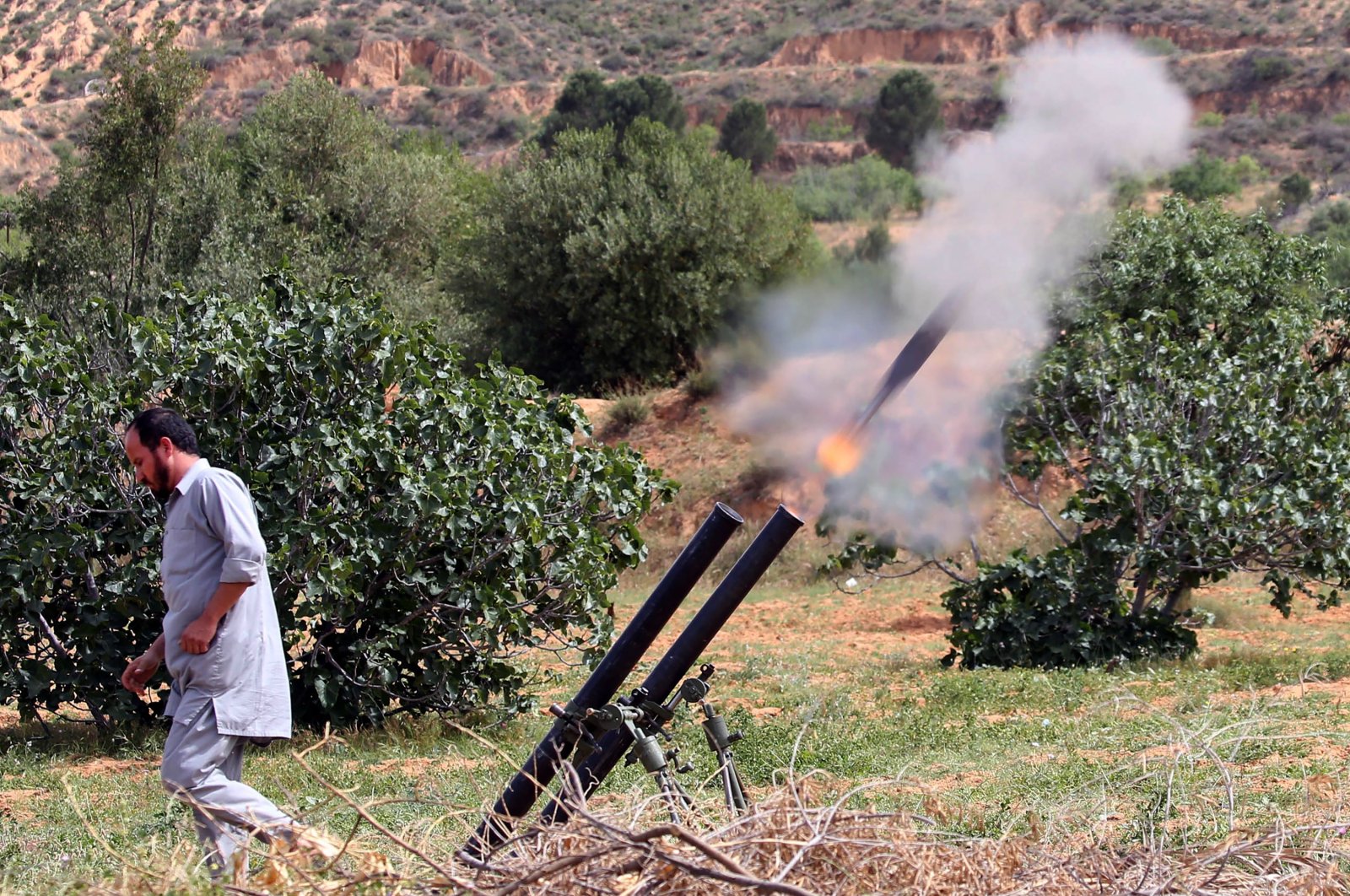 A fighter with Libya's UN-recognised Government of National Accord (GNA) fires rockets from a position near the town of Garabulli toward the city of Tarhuna, on April 19, 2020. (AFP)
by DAILY SABAH Apr 20, 2020 12:06 pm
RECOMMENDED

The European Parliament (EP) welcomes Turkey's cooperation with Libya's U.N.-recognized Government of National Accord (GNA), the head of the delegation in charge of relations with Maghreb countries, Andrea Cozzolino, said Sunday.

According to news from the Qatar-based Al-Jazeera media outlet, Cozzolino stated that the EP hoped for Turkey's presence in Libya to contribute to the assurance of the peace in the country.

Cozzolino pointed to putschist Gen. Khalifa Haftar as the main perpetrator of the majority of attacks in the war-torn country, while calling on all parties to come together in dialogue, especially given the severity of the current pandemic.

"The time for war in Libya is over," he stated, adding that Haftar's supporters, such as Saudi Arabia and the United Arab Emirates (UAE), should "advise" Haftar to engage in dialogue and must "aid peace and not hand over weapons to factions."

"We do not want the events in Yemen to be repeated in Libya," Cozzolino further emphasized.

The eastern-based forces loyal to putschist Gen. Khalifa Haftar have continued their attacks targeting residential areas and civilians in an attempt to capture the capital Tripoli from the U.N.-recognized legitimate government, despite calls for a cease-fire at the Berlin conference.
On Jan. 12, all parties in Libya announced a cease-fire in response to a joint call from Turkey and Russia. But talks for a permanent cease-fire ended without agreement as Haftar left Moscow without signing the proposed deal.
A week later, Haftar accepted terms in Berlin designating members to a U.N.-appointed military commission with five members from each side to monitor the implementation of the cease-fire. However, Haftar has continued strikes regardless.

Since the ouster of late dictator Moammar Gaddafi in 2011, two seats of power have emerged in Libya: one in eastern Libya supported mainly by Egypt and the United Arab Emirates and the other in Tripoli, which enjoys U.N. and international recognition.
Haftar's forces aim to capture the capital, Tripoli, with the backing of Egypt, the UAE, Russian mercenaries and some African troops. Turkey, meanwhile, backs Fayez al-Sarraj's internationally recognized GNA.