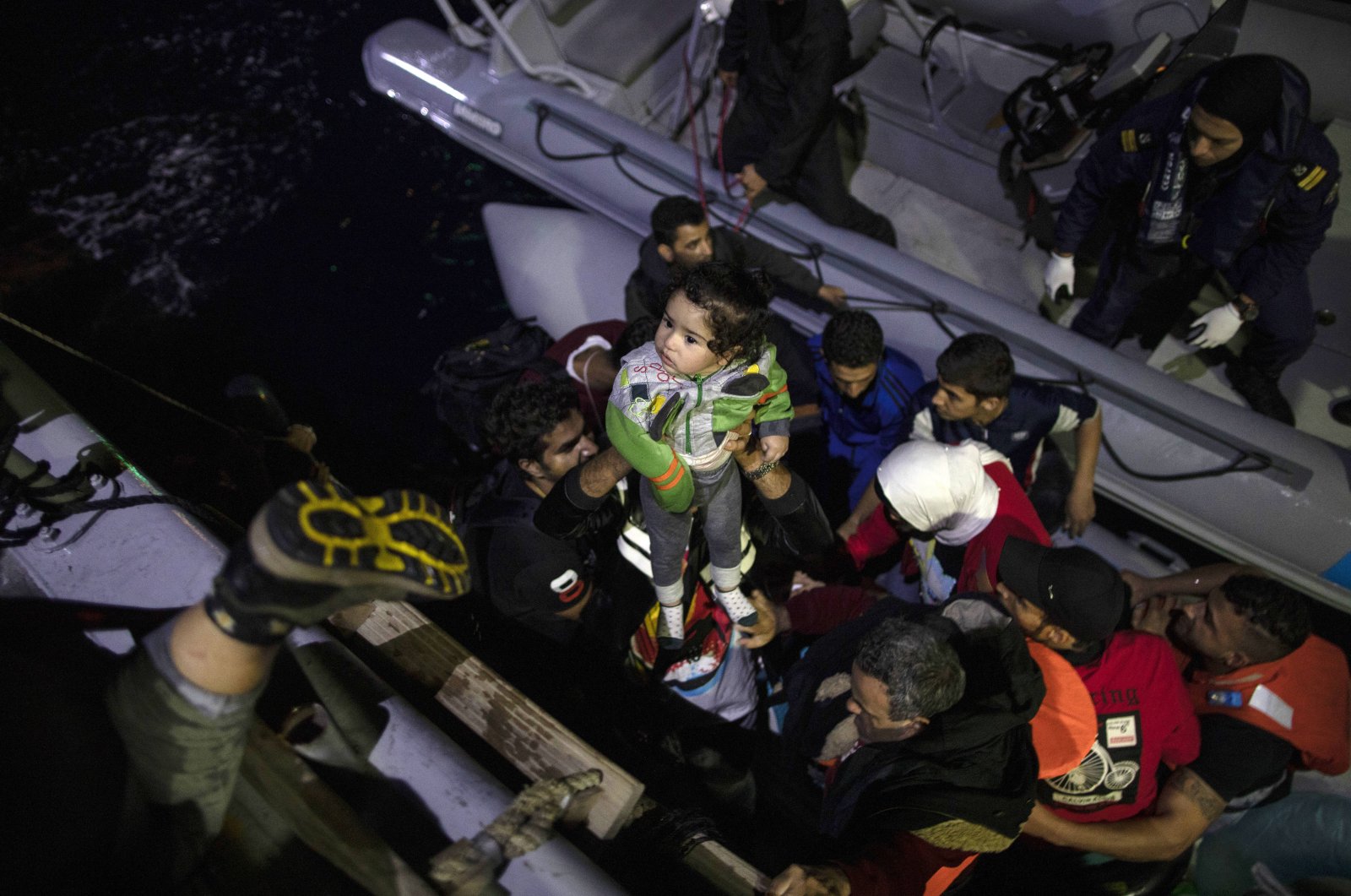 Refugees and migrants board a coast guard ship during a rescue operation on Sept. 26, 2019, near the Greek island from Samos. (AP Photo)
by Associated Press Apr 27, 2020 10:44 am
RECOMMENDED

Fires have broken out at a migrant camp on the Greek island of Samos, leading to its partial evacuation, with firefighters saying that though they are still fighting the flames, the situation is under control.

A spokesman for the firefighting services, speaking on condition of anonymity due to an ongoing investigation, said a fire broke out just outside the main camp in an area where there are “shacks” housing some of the overflowing population of migrants as well as medical and other support facilities. The main camp itself is intact, the spokesman added.

There were at least two separate fires, one that started earlier Sunday evening and a bigger one later in the night. The cause is unknown, but local media have reported that the first fire started during a clash between different ethnic groups at the camp and that migrants fueled the later fire in a bid to be taken out of the camp. These reports have not been confirmed.

Non-governmental organization Doctors Without Borders said in a tweet that the earlier fire left about 100 people without shelter after their tents were burned down. It is not known how many other migrants have been left without shelter as the result of the bigger fire, but some have been escorted by police to a square in the nearby town of Vathy.

Firefighters also moved several people out of harm’s way, although the spokesman was not able to tell how many and said an investigation into the incidents would be carried out by police.

Migrants being kept in the overcrowded island camps are increasingly desperate over their condition amid the sluggish processing of asylum applications and are eager to move out. Violence, either among migrants or directed at authorities, has flared up.

Turkey and Greece have been key transit points for migrants aiming to cross into Europe to start new lives, especially those fleeing war and persecution.

Migrant camps in Greece have been under quarantine in recent weeks, with authorities trying to keep residents apart from locals. Inhumane conditions in Greece’s refugee camps have been another point of heavy criticism. Tens of thousands of asylum-seekers live in dire conditions in Greek camps. The conditions have worsened recently due to outbreaks of coronavirus.

The worst congestion occurs in camps on five Aegean islands near Turkey where more than 36,000 people are staying in an area fit to house fewer than 6,100.

The European Union said on March 13 that a group of member countries had agreed to take at least 1,600 children who reached Greece without their parents. Restrictions that EU member nations adopted to slow the spread of the coronavirus, however, complicated efforts to start putting the deal into effect.

The European initiative was launched last month by the EU Commission to ease the pressure on Greece. The children concerned in the program either have medical needs or are unaccompanied and under 14 years of age.