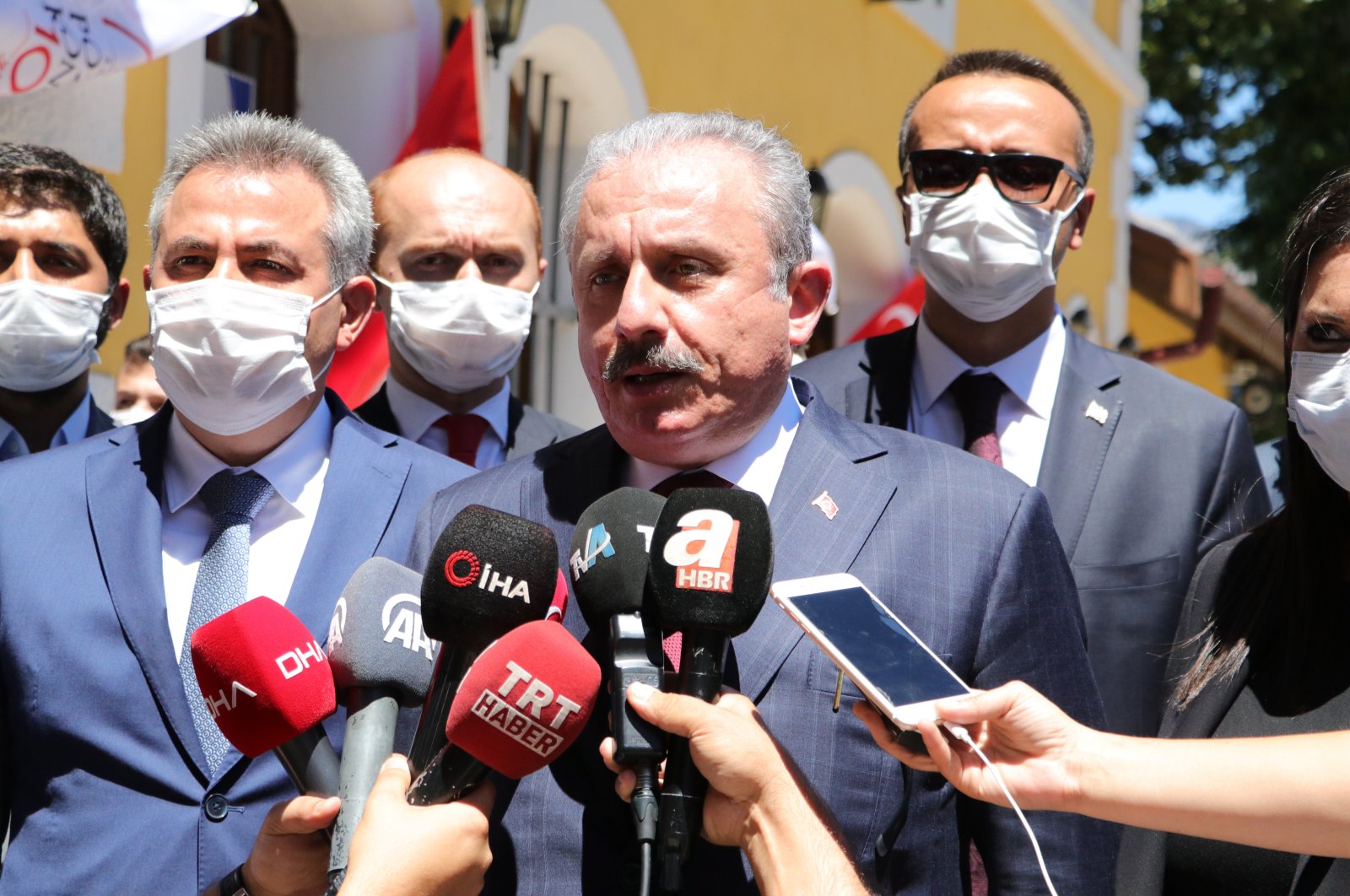 The presence of France in Libya providing support for an illegal actor that is waging war on the United Nations-recognized official Libyan government is unlawful, Turkish Parliament Speaker Mustafa Şentop said Wednesday, adding that Turkey was the only country present in Libya in accordance with international law.

“Some countries are conducting operations in Libya and cannot declare these operations since they are ashamed, such as France, and are present illegally in Libya because their support goes to a terrorist group that has revolted against the U.N.-backed government,” Şentop said after a ceremony for the 100th year of the Pozantı Congress in Adana province.

The congress was held on Aug.5, 1920 in order to organize the regional military front in Adana, which was under the partial occupation of France. It constituted the southern front of Turkey’s war of independence and national struggle against the invading Allies in World War I. The situation on the southern front was settled by the Treaty of Ankara signed with France in 1921. France withdrew not only its own troops but also the Armenian guerillas and volunteers who had cooperated with them and most of the Armenians who had gathered at Adana in the hope of establishing an Armenian state there.

“Turkey is the only country legitimately present in Libya in accordance with international law,” the parliament speaker pointed out, elaborating that Turkey had been invited by the internationally recognized Government of National Accord (GNA) under legitimate agreements.

“Questioning Turkey’s presence in Libya in terms of international law is not for those engaging in illegal activities,” he added, saying that France is the last country that can speak about human rights, justice and law. “The history of the past two centuries shows France cannot erase its disgrace,” Şentop added.

Turkey has frequently voiced that French support has encouraged putschist Gen. Khalifa Haftar to insist on military means and further added to the pain and grievances of war-weary Libyans.

Libya has been in turmoil since 2011 when a civil war toppled long-time dictator Moammar Gadhafi, who was later killed. The country has since been split between rival administrations in the east and the west, each backed by armed groups and foreign governments.

Forces under Haftar launched an offensive to take Tripoli in April 2019, and the crisis in the oil-rich country has steadily worsened as foreign backers increasingly intervene despite pledges to the contrary at a high-profile peace summit in Berlin earlier this year.

Haftar’s offensive is supported by France, Russia, Jordan, the United Arab Emirates (UAE) and other key Arab countries. The legitimate government in Tripoli is backed by Turkey – which sent troops and mercenaries to protect the capital in January – as well as Italy and Qatar.

The parliament speaker stressed that just as in Libya, France was aiding and abetting a terrorist organization in Syria while attempting to exploit the war-torn country’s natural resources.

Referring to the YPG/PKK’s recently announced deal with U.S.-based Delta Crescent Energy LLC to extract, process and trade oil in northern Syria, Şentop underlined that these lands and all their national riches belong to the people of Syria alone.

“A terrorist organization trying to continue its presence with the support of the U.S. and France has no right to make the underground resources of the Syrian people of benefit to those from other countries,” he added.

France and the U.S., which have designated the PKK a terrorist organization, still ally themselves with the SDF in Syria, which mainly consists of YPG/PKK terrorists. Turkey wants YPG commanders removed from the SDF's top ranks and Sunni Arabs, together with non-YPG/PKK Kurds, included in the lower ranks.

About 70% of Syria's oil resources lie within the territories currently occupied by the YPG/PKK. For example, the terrorist organization holds the eastern part of Deir el-Zour province, located near the Iraqi border, and is one of Syria's largest energy sources. There are 11 large oil fields on the eastern side of the Euphrates, which cuts the province into two. These oil fields make up around one-third of the energy sources in Syria.