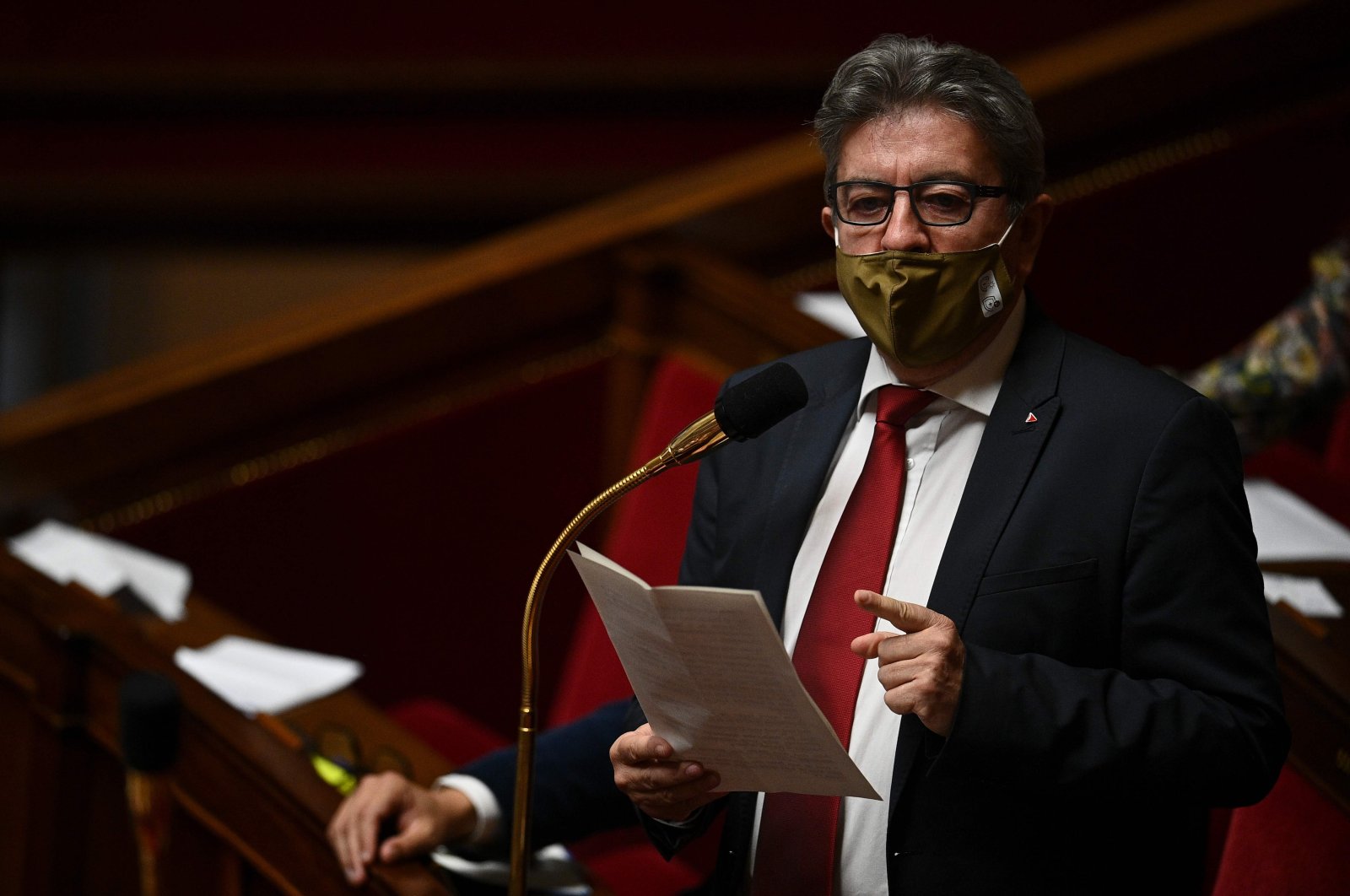 A French opposition leader and former presidential candidate said on Monday that he does not support Emmanuel Macron in his row with Turkey over his Muslim crackdown, adding that the French President has "totally lost control of the situation."

Jean-Luc Melenchon, leader of the France Unbowed movement and MP for a Mediterranean region with a large Muslim population, said he supported Macron several times but that he will not support Macron now in his row with President Recep Tayyip Erdoğan.

"The best I can to do is to be silent," he told French Radio Inter.

"Last night, the president, for reasons that none of us can understand, spread out over a series of tweets, totally lost control of the situation," said Melenchon.

He added that Macron "would do well to think about what his strategy will be: France is being demeaned, humiliated, and ridiculed, what does he intend to do, apart from tweets?"

He said Macron had branded his movement "left Islamists" or "Islamo-leftists."

Earlier this month, Macron described Islam as a religion "in crisis" and announced plans for tougher laws to tackle what he called "Islamist separatism" in France.

He condemned the murder of a French teacher who showed cartoons of the Prophet Mohammad in class, but said France would "not give up our cartoons."

Several Arab countries, as well as Turkey, Iran, and Pakistan, have condemned Macron's attitude toward Muslims and Islam, with Erdoğan saying on Sunday that the French leader needs "mental treatment."

After Erdogan's remarks, France recalled its ambassador to Turkey.