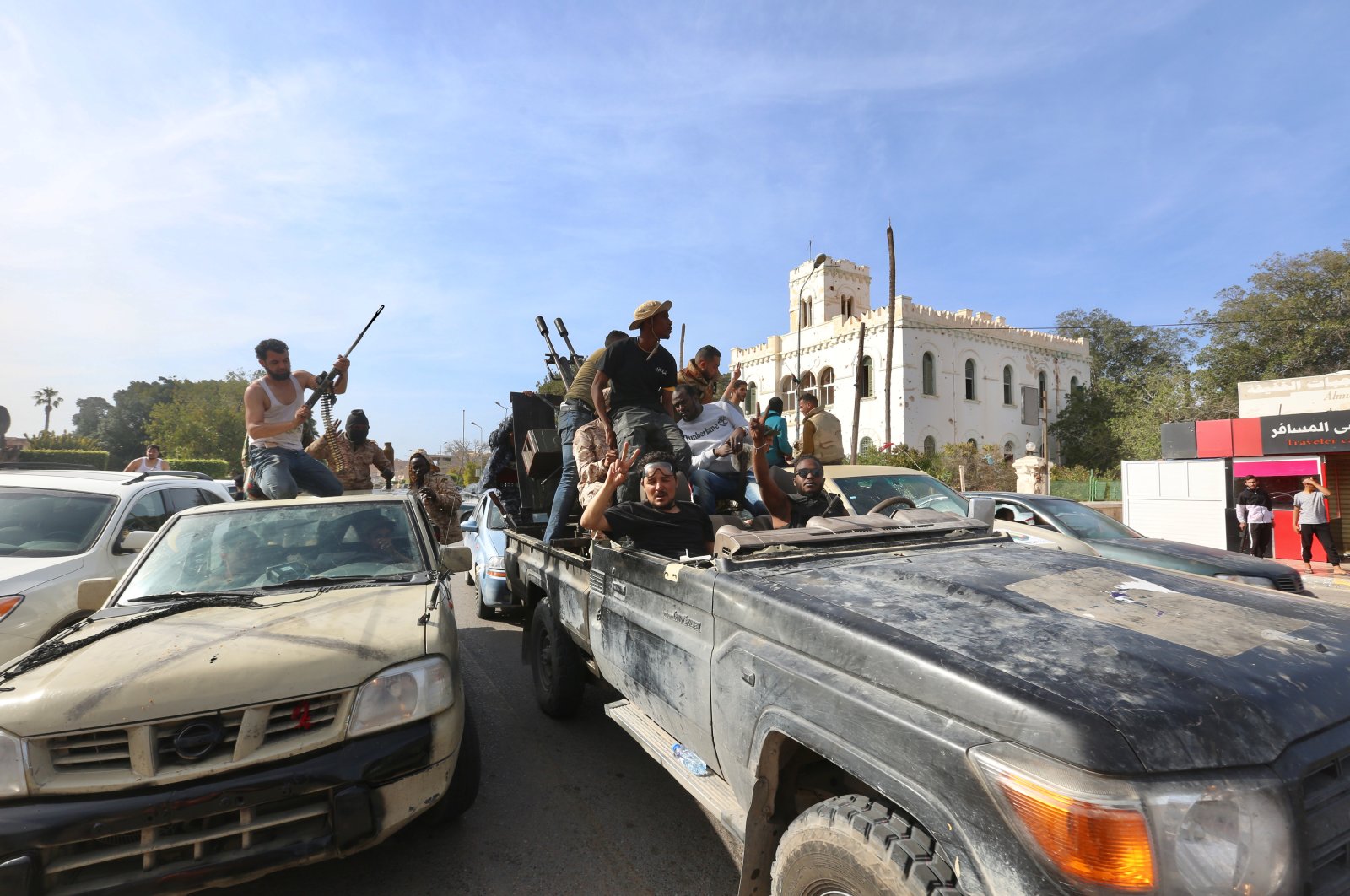 Libya's U.N.-recognized Government of National Accord (GNA) announced late Monday that it has regained control of around 2,000 square miles of land west of the capital Tripoli from militias loyal to putschist Gen. Khalifa Haftar.

Qanunu said an armory, a large amount of ammunition and military equipment belonging to Egypt and the United Arab Emirates were also seized.

He said as part of Operation Peace Storm, GNA forces also seized six panzers, 10 tanks, hundreds of heavy and light weapons and ammunition and Grad rockets belonging to the UAE, after retaking the cities.

Libyan Prime Minister Fayez al-Sarraj announced that the corpses of mercenaries loyal to Haftar who were killed in the conflict will be sent back to their countries.

He said they have adopted this method to show these countries what their citizens are doing in Libya.

On Monday, forces backing Libya's unity government captured two coastal cities west of Tripoli in a new blow to Haftar forces a year after they launched an offensive on the capital.

"Our forces took control of Sorman and Sabratha and are pursuing (Haftar's forces)," said a statement by Qanunu.

He later reported that three smaller cities further south controlled by Haftar's forces – Al-Ajaylat, Regdaline and Al-Jmeil – had been captured by GNA fighters.

On their Facebook page, GNA forces published images of Grad rocket launchers, 10 tanks and armored vehicles they said they had captured in Sabratha and Sorman, which had been controlled by militias allied with Haftar.

The two rival sides had agreed to a January cease-fire brokered by GNA backer Turkey and Haftar supporter Russia, but it has been repeatedly violated by Haftar forces.

According to Harchaoui, GNA forces have in recent week been more "aggressive... on multiple fronts, often successfully."

"High-precision artillery on the ground, Turkish drones and better coordination" were proving a "formidable" combination against Haftar's Emirati-backed forces, he said.

Turkey has sent armored drones and air defenses to prop up the embattled U.N.-backed Tripoli government. Russia, meanwhile, has deployed hundreds of mercenaries to boost Haftar’s assault. The United Arab Emirates and Egypt also back Haftar with fighter jets, drones and mine-resistant vehicles.

Since the ouster of late ruler Moammar Gadhafi in 2011, two seats of power have emerged in Libya: Haftar in eastern Libya, supported by Egypt and the UAE, and the GNA in Tripoli, which enjoys U.N. and international recognition.

On March 17, the world body and nine countries called on Libya's warring parties to cease hostilities to allow health authorities to fight against the new coronavirus.

The GNA and Haftar's forces welcomed calls for a humanitarian pause, but the GNA said it reserved "the right to respond to daily assaults targeting civilians and public facilities."

The escalation in the fighting comes despite increased international pressure on both sides to halt the violence over concerns about the spread of the new coronavirus. Libya reported at least 25 cases of the virus and one fatality.

On Saturday the U.N.'s humanitarian coordinator for the country said some armed groups had cut off water supplies to more than two million residents of Tripoli and its surroundings, denouncing an "abhorrent" act of collective punishment. Power supplies to western areas have been cut since Thursday, when a gas valve was shut in what the National Oil Corporation called an "illegal closure."

The U.N. Office for the Coordination of Humanitarian Affairs in Libya meanwhile condemned a Haftar airstrike that hit an ambulance near the western city of Misrata, killing a paramedic. It said the attack was the eighth on health facilities this year.

The International Committee of the Red Cross on Sunday said it fears that the coronavirus pandemic would compound the suffering of many Libyan families who are already struggling to meet basic needs amid the conflict.

“Clinics and hospitals are overwhelmed caring for war-wounded and those with chronic illnesses, so their capacity to receive COVID-19 patients is limited," said Willem de Jonge, the ICRC’s head of operations for Libya.