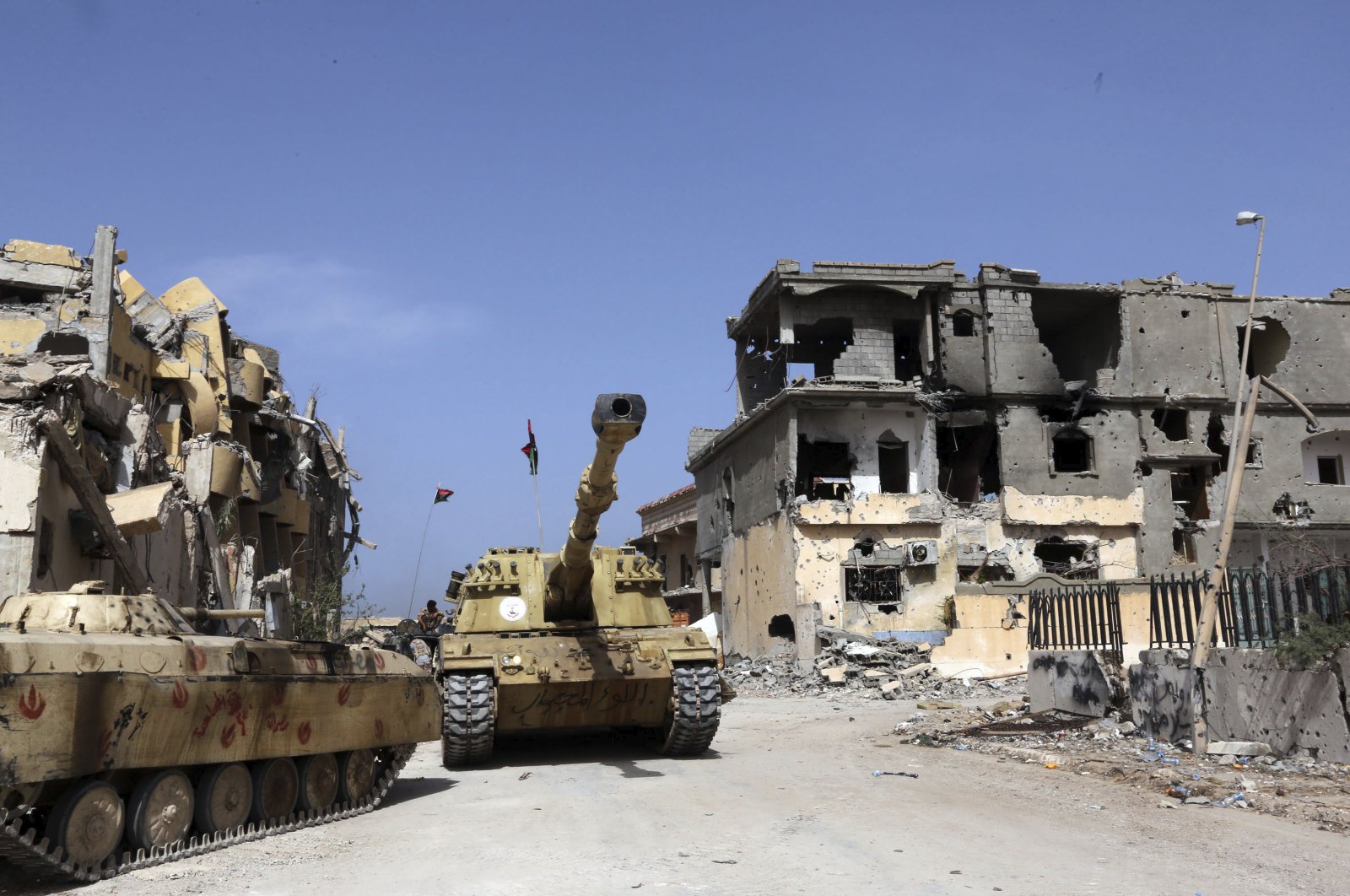 Members of the forces loyal to Libya's UN-backed Government of National Accord (GNA) gather in the coastal city of Sirte, east of the capital Tripoli, during their military operation to clear the Daesh group's terrorists from the city, on Oct. 14, 2016. (File Photo)
by Anadolu Agency
Apr 06, 2020 8:31 am

The plane was targeted right before it landed at an airstrip near Tarhuna province south of Tripoli, Mohammed Kanunu, the spokesman for the GNA-led Burkan Al-Ghadab Operation (Volcano of Rage), said on Facebook.

No additional details were provided.

International efforts to reach a ceasefire have been stymied by Haftar's side flouting the process.