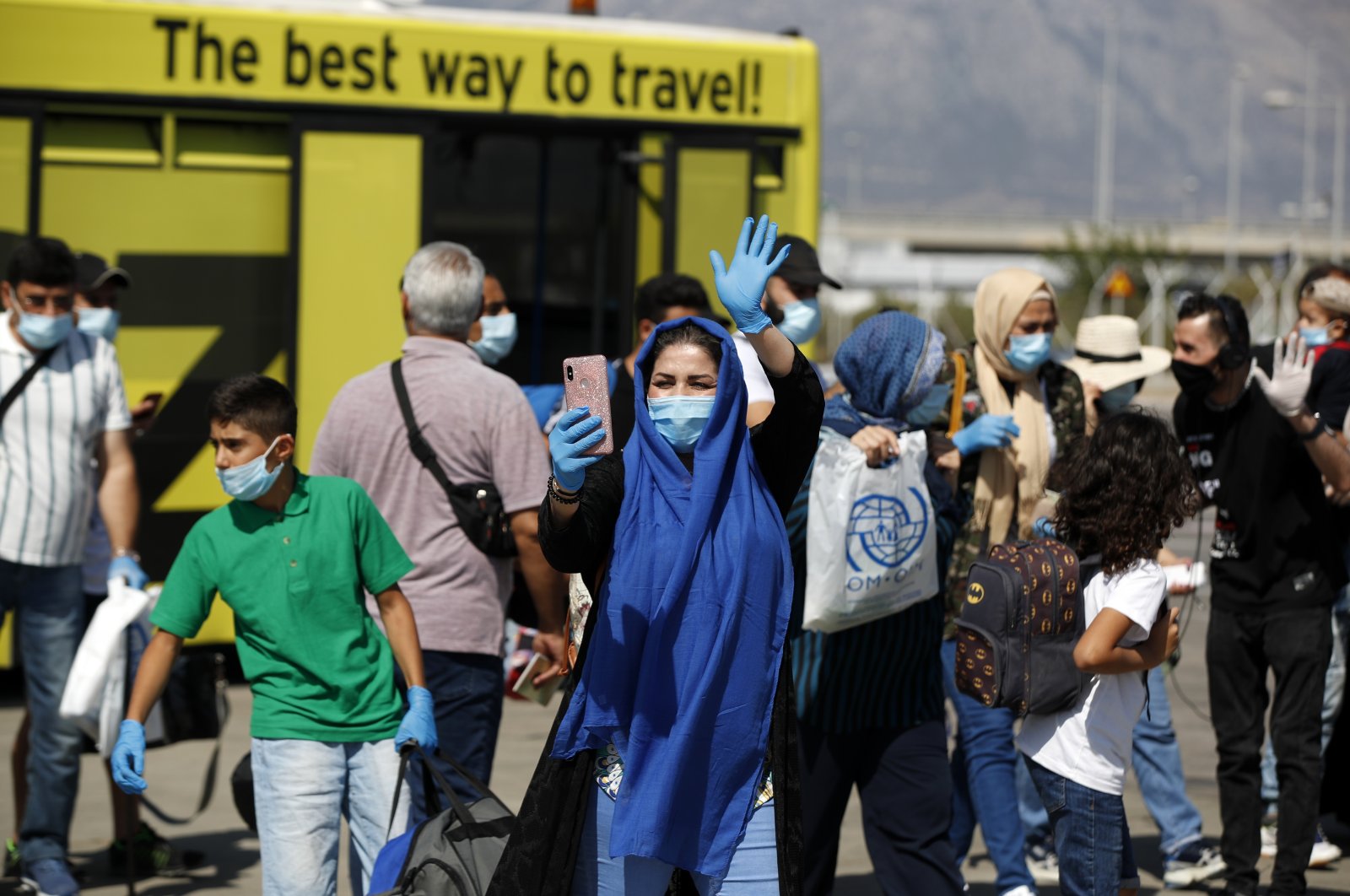 A migrant wearing a face mask to prevent the spread of coronavirus, waves before boarding an airplane bound for Iraq at the Eleftherios Venizelos International Airport in Athens, Aug. 6, 2020. (AP Photo)
by DAILY SABAH Aug 07, 2020 11:54 am
RECOMMENDED

Greece on Thursday began sending migrants back to their countries of origin based on its voluntary repatriation program.

With 134 Iraqi passengers taking off from Athens on an Iraq-bound flight Thursday, the first leg of the program designed to return migrants and refugees to their home countries has been launched.

Funded by the European Union, the program aims to lighten the burden of the countries within the bloc that struggle with large numbers of migrants refugees.

The program suggests that if a migrant or refugee who is one of the 5,000 people who came to the Greek islands before Jan. 1, 2020, chooses to return to his or her home country, the EU will provide 2,000 euros ($2,363) of financial support.

Initially scheduled to be launched in March, the program had to be delayed due to the coronavirus pandemic.

Greece has been frequently criticized for its questionable practices and policies toward migrants and the inhumane conditions of its overcrowded camps.

Athens has lately decided to deploy a floating barrier to stop migrants arriving from the Turkish coast off the island of Lesbos.

The area northeast of Lesbos has been chosen for the project, along a waterway used by hundreds of thousands of migrants attempting to enter the country from neighboring Turkey in recent years.

Rights groups have criticized the plan as potentially life-threatening to migrants in overflowing dinghies who often require rapid rescue. A wire fence on Greece's land border with Turkey is also currently being expanded.