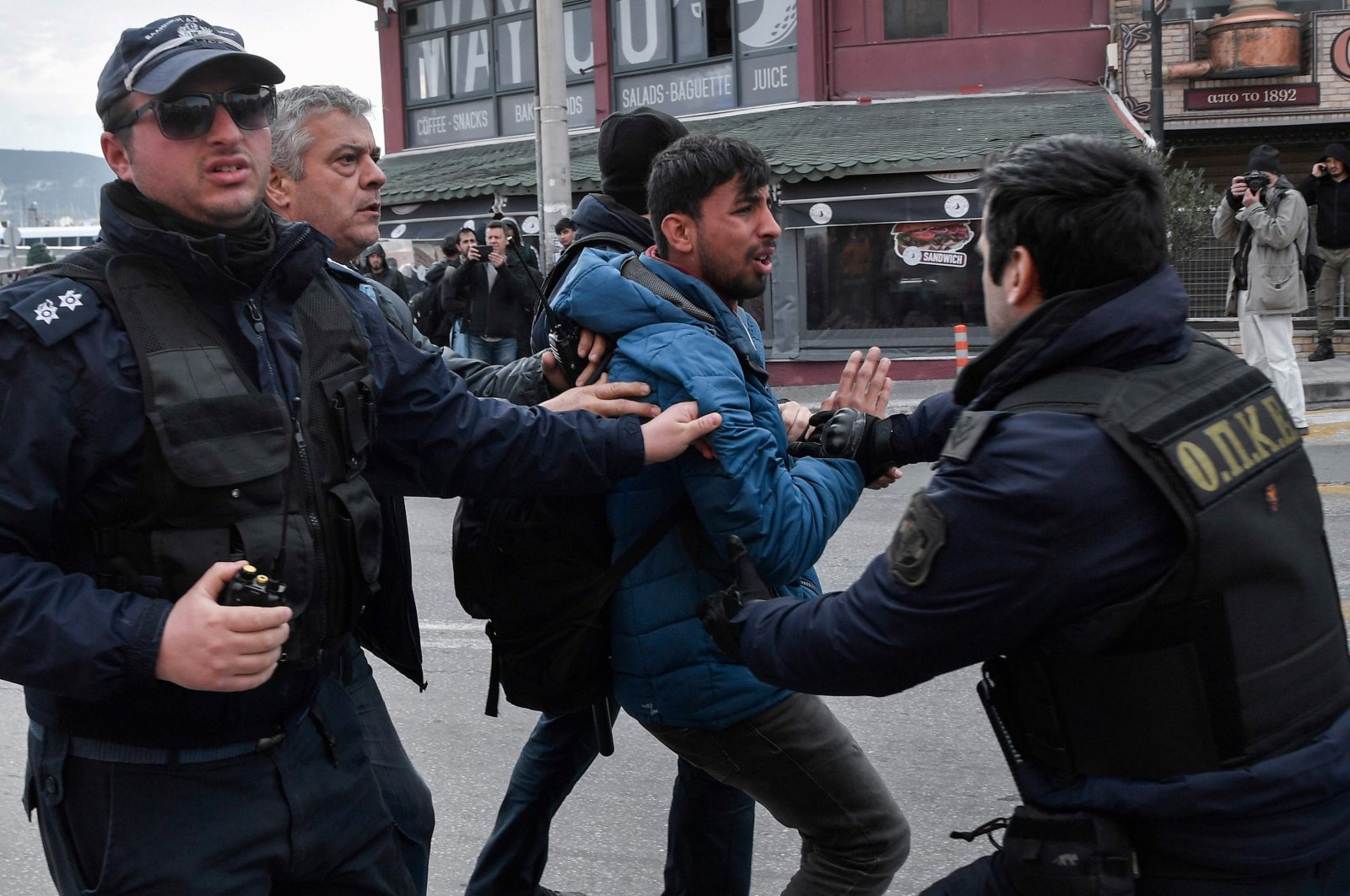 Greek police detain a migrant man while they try to push back migrants and refugees from the Moria camp who gathered outside the port of Mytilene on the island of Lesbos, hoping to get a ferry to Athens, March 4, 2020. (AFP)
by DAILY SABAH Jul 06, 2020 1:47 pm
RECOMMENDED

Greece stated Monday that the majority of migrants on its Aegean islands have been evacuated to the mainland, easing the migrant burden in the region thanks to the faster processing of asylum applications.

The country announced that since the beginning of the year, 17,000 migrants have been evacuated to the mainland. However, despite a large number of transfers, there are still 33,000 migrants left waiting on the islands. Back in March, it was announced that the number of migrants in the camps located on the Greek islands had hit 42,000.

The Greek Migration Ministry also stated that since the launch of an accelerated asylum process at the beginning of the year, the number of asylum applications, which were 140,000 back in January, had been reduced to 100,000 in July.

The Greek government previously strengthened its border controls against the migrant flow and deployed hundreds of security units to the Turkish border. Alongside these measures, the government has also put forward plans to build a barrier along the border.

Furthermore, strict security activity was maintained in the Aegean Sea to stop migrants from crossing into Greek waters. Reports claiming that the Greek coast guard has been forcibly pushing migrants back into Turkish waters have led to condemnation from human rights organizations.

In response to the criticism, the Greek government claims that it is its constitutional responsibility to protect its border, both in the water and on land, which also marks the frontier of the European Union.