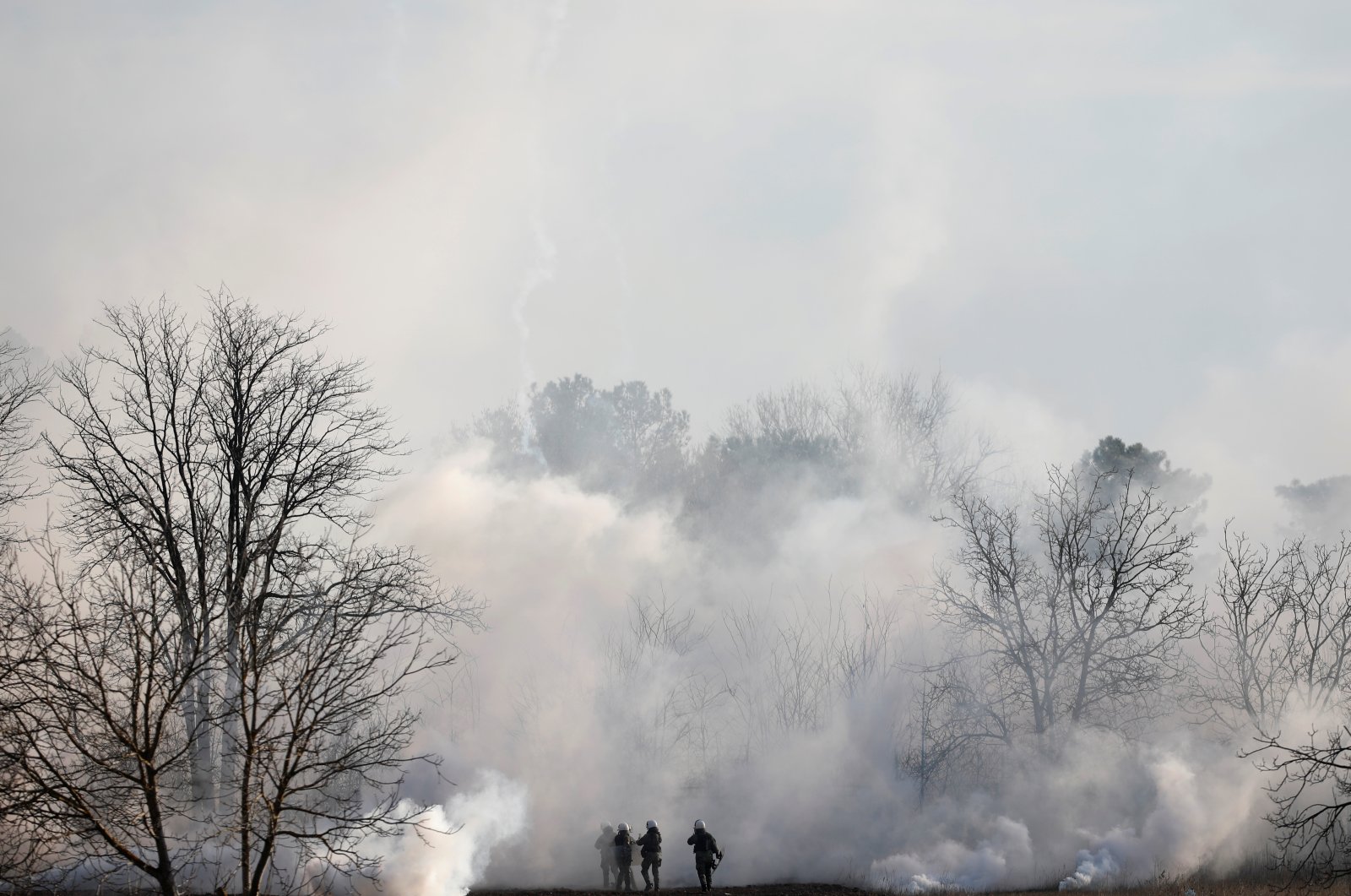 Greek riot police are seen through smoke during clashes at the Greek-Turkish border in Kastanies, Evros region, Friday, March 6, 2020. (Reuters Photo)
by Compiled from Wire Services Mar 06, 2020 10:26 am
RECOMMENDED

Clashes erupted on the Greek-Turkish border on Friday morning when Greek authorities used tear gas and a water cannon to repel an attempt by migrants to push through the frontier into Greece.

Thousands of migrants and refugees have been trying to get into Greece through the country’s eastern land and sea borders over the past week after Turkey opened its previously guarded borders with Europe.

The Greek reaction to refugees has been harsh, with several killed and many battered, attacked and teargassed by security forces.

Thousands of protesters gathered late Thursday in front of the University of Athens in the city center and shouted slogans criticizing the European Union's refugee policy.

During the march, many held banners saying "Greeks and foreigners can work together" and "Death to fascism."

Turkey's decision and its aftermath on the border with Greece have alarmed governments in Europe, which is still seeing political fallout from mass migration that started five years ago.

A cease-fire in Idlib, brokered by President Recep Tayyip Erdoğan and Russian President Vladimir Putin on Thursday, went into effect at midnight. Opposition activists and a war monitor reported a complete absence of Russian and Syrian regime warplanes in the skies of Idlib and relative calm in the area.