Greece gets ready to intensify patrols on Turkish border 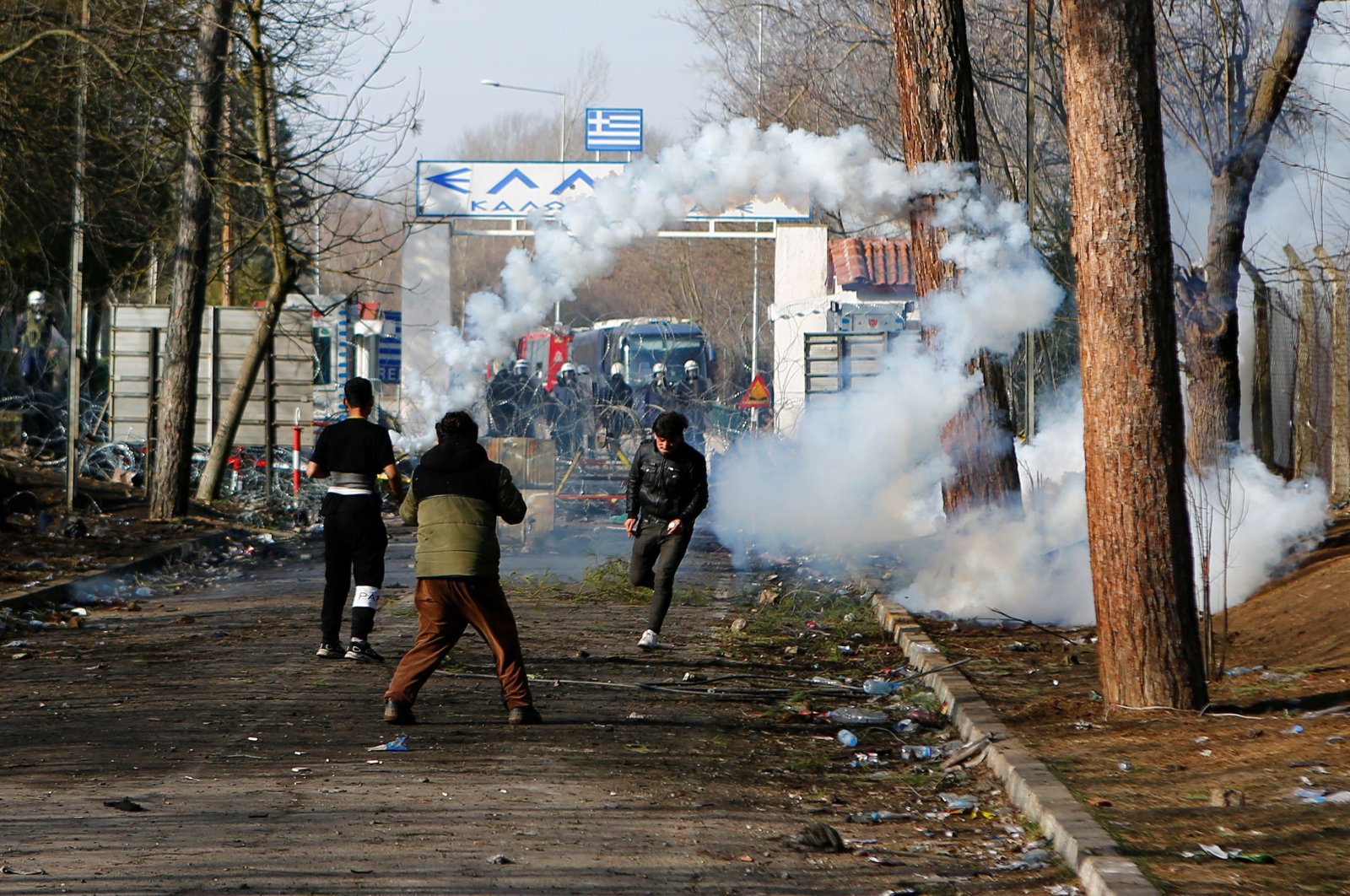 A migrant runs away from tear gas at Turkey's Pazarkule border crossing with Greece's Kastanies, near Edirne, Turkey, March 2, 2020. (REUTERS)
by Daily Sabah with AFP May 28, 2020 11:25 am
RECOMMENDED

Greece will reinforce police patrols on its border with Turkey, an official said Wednesday as the country claims to brace itself for an expected new influx of migrants.

An additional 400 police will be sent to the northeastern Evros river border region "as a precautionary measure," police spokesman Theodoros Chronopoulos told AFP.

Thousands of Europe-bound asylum-seekers flocked to the Turkish-Greek border in late February and March after the Turkish government said it would no longer prevent migrants from trying to cross over to Greece.

Greek border guards, police and members of the military fired tear gas and projectiles as they tried to stop people from forcing their way across the border.

Human rights groups have frequently criticized the Greek government for detaining migrants under the age of 18 traveling without guardians at overcrowded camps.

Turkish authorities evacuated the asylum seekers nearly a month later the initial announcement and Greek state TV said a makeshift camp where they were staying was set on fire, amid fears of a coronavirus contagion.

On Tuesday, Greek Defence Minister Nikos Panagiotopoulos told Skai TV that Athens was aware of "certain statements that suggest we will face pressure on our borders again, especially our land borders."

After the asylum-seeker flow in March, Athens said it would extend a border fence in the area, a move that has created a new dispute with Ankara.

Turkey says it should be consulted about the fence expansion, noting that the Evros riverbed "has significantly changed due to natural and artificial reasons" since the border was established in 1926.

Ankara says "technical coordination" is required, and that it would not allow any "fait accompli" on its border.

Greece counters that the frontier is unchanged and that it is not obliged to consult Turkey about infrastructure on its own side of the border.

"The fence is on Greek soil, beyond any doubt, and with room to spare," the Greek Foreign Minister Nikos Dendias said Wednesday.

Turkey and Greece have been key transit points for asylum-seekers, refugees, and migrants seeking to cross into Europe to start new lives, especially those fleeing war and persecution.

Turkey has condemned Greece for its harsh reaction to the influx of people at its border. Turkish officials also said earlier last month that the Greek coast guard had attempted to sink vessels carrying migrants and refugees toward the country's islands, opening fire and hitting people on the boats with long sticks.